Bangkok, Thailand, June 14, 2021 – With the Tokyo 2020 just around the corner, the Asian beach volleyball players will have one last chance to vie for quota places at the next month’s sports extravaganza, as the last two Olympic berths up for grabs in the men’s and women’s events will be decided at the FIVB Beach Volleyball AVC Continental Cup in Nakhon Pathom, Thailand. 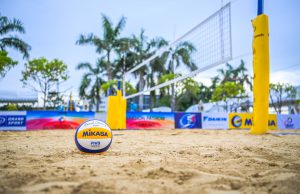 The AVC Continental Cup is the major double-gender competition to qualify Asian teams to the next month’s Olympic Games in Tokyo, Japan. Only the winning teams (representing their federations) in both men’s and women’s events will make the cut for the Tokyo 2020.

The Semi-finals and Finals were due to be held initially in Xiamen, China, but due to the COVID-19 pandemic and related entry policy and control measures, China Volleyball Association decided to pull out from hosting the events. Thailand Volleyball Association, approved by AVC Board of Administration, come in place to organise the top-flight competition in secure bubble with aims of boosting tourism and sports as well as being a vital factor in promoting the positive image of the country as a safe-to-travel destination.

The AVC Continental Cup Semi-finals and Finals will take place at the courtyard in front of Mida Grande Hotel Dhavaravati Nakhon Pathom, with the Semi-finals being organised between June 18 and 19, 2021 and the Finals from June 25 to 27, 2021. 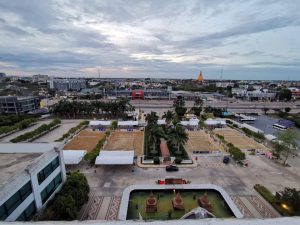 In the Semi-finals, only 3 federations, Japan, New Zealand and the Philippines, will contest the women’s event and 5 in the men’s competition, namely, Australia, Japan, Kazakhstan, the Philippines and Lebanon.

Only the top two teams in the women’s Semi-finals will join Thailand (hosts), China (East), Australia (defending champions), Vanuatu (Oceania), Kazakhstan (Central) and Indonesia (Southeast) in the 8-federation Finals from June 25 to 27 to fight for the lone Tokyo Olympic berth. 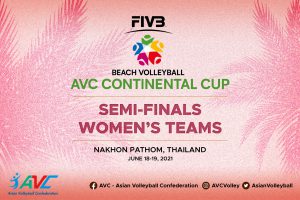 In the men’s event, only the eventual winning federation in the Semi-finals together with Thailand (hosts), China (East), Qatar (defending champions), New Zealand (Oceania), Iran (Central), Oman (West) and Indonesia (Southeast) will next compete in the 8-federation Finals during June 25 and 27 to vie for a quota place for the Tokyo 2020. 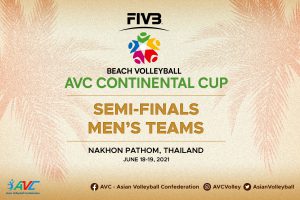 The AVC Continental Cup Semi-finals and Finals will be a NF-vs-NF competition, with qualified federations competing in the single elimination best-of-three format. In case of a tie after the first two matches between two federations, a “golden match” will be used to determine the eventual winners.

Since the Semi-finals and Finals will be arranged in a safe and secure environment with frequent COVID-19 testing in order to prevent the spread of COVID-19, all matches will be contested behind closed doors to ensure the health of all athletes, officials, control committee members and organisers. 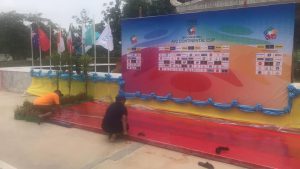 As qualified teams start travelling to Thailand and have their life in the bubble, the General Technical Meeting will be held on June 17 ahead of the official launch of match schedule for the Semi-finals.

Since the competition will be held behind closed doors due to the COVID-19 outbreak, accreditation will not be granted for journalists and photographers to the competition venue. Competition updates and hi-res images can be downloaded free for use from AVC Official Website www.asianvolleyball.net, while live streaming can be viewed via this home page as well during the competition days.

Now, those who would like to check the teams and players list of all participating federations (both men’s and women’s teams) can visit the AVC Official Website www.asianvolleyball.net and click the AVC Continental Cup pop-up shown. Updates on teams, match schedule, bulletins, match gallery and match video will also be available during the competition days. 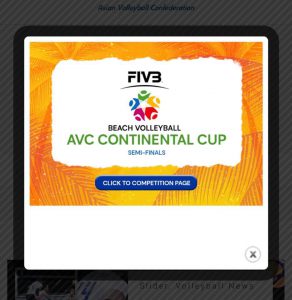