Tianjin, China, April 28, 2019 – Altay VC from Kazakhstan brandished their superiority over Hong Kong International Volleyball Club as they defeated the latter 3-0 (25-6, 25-12, 25-15) in only 51 minutes on Day 2 of the 2019 Asian Women’s Club Volleyball Championship at the Wuqing Sports Center. 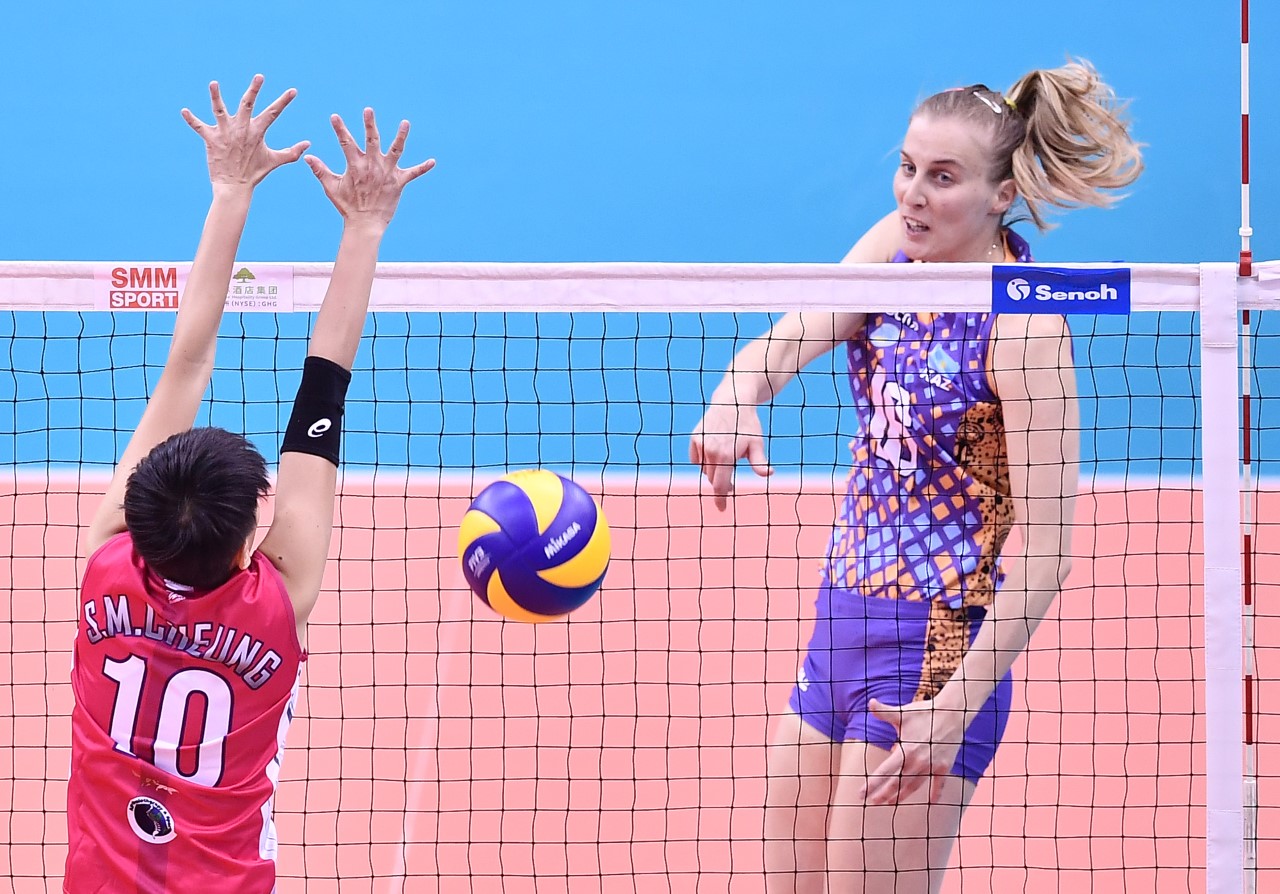 With their obvious height-advantage, mighty Altay VC surprised Hong Kong International Volleyball Club with a 4-0 start. The Hong Kong China side could only sneak some points from the opponents’ errors as the Kazakhs posed a solid wall over the net. Initiated with good service by Kristina Anikonova and Bojana Radulovic, Altay stormed waves of scoring from 8-4 to 13-4 and 14-5 to 24-5. In spite of a challenge failure at the very end, they easily closed the set 25-6. 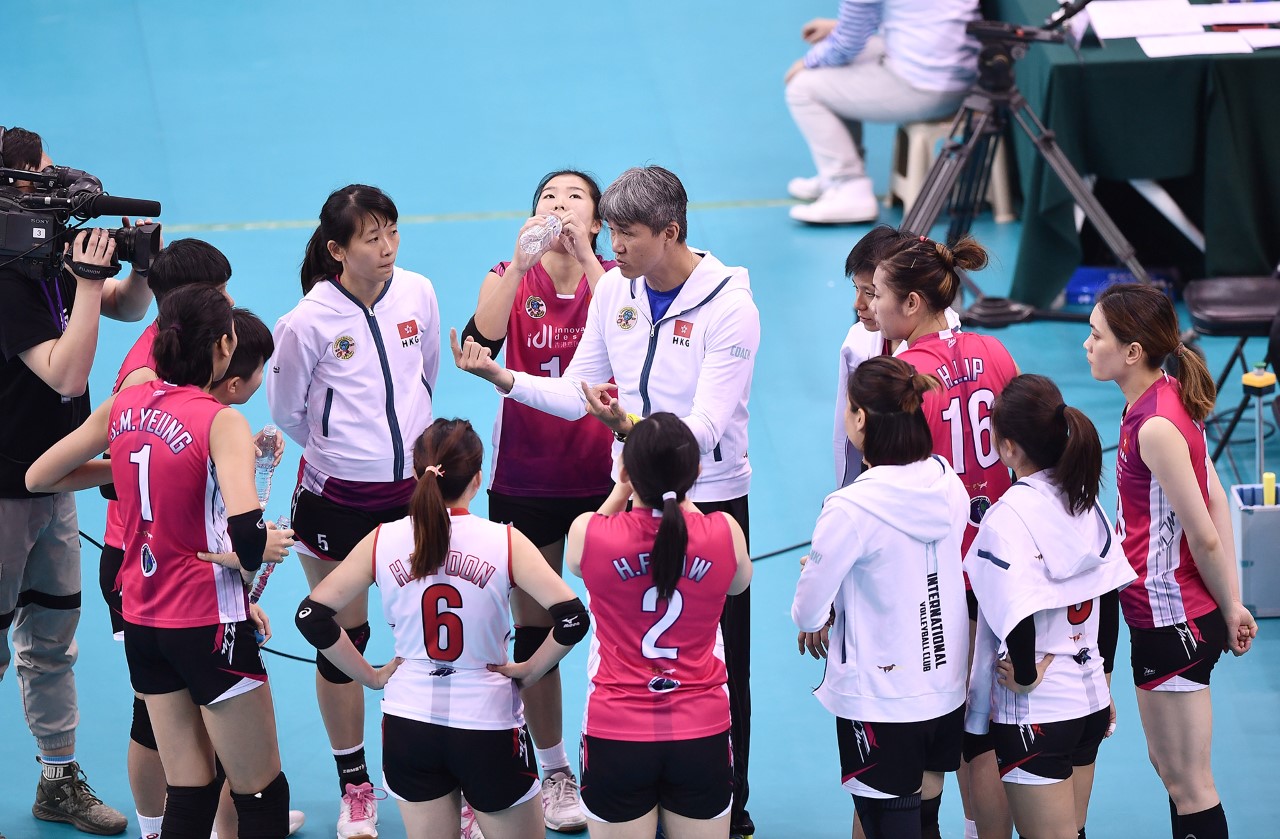 The second set remained one-sided situation as Hong Kong International Volleyball Club still were not able to come up with effective tactics to fix the huge deficit. Cheung Sze Man spiked the first score for the Hong Kong China side followed by occasional blocks as well as aces, helping them grab several points before Altay VC clinched the set 25-12 with a load of invincible attacks.

The third set saw Hong Kong International Volleyball Club make a great comeback with just three points behind at 13-16 at the second technical timeout. However, Anikonova and Diana Grokhotova stood out with their killing weapon of scintillating offence to pull back Hong Kong International VC again. A successful touch challenge helped the smaller-built team earn their last point before Altay VC finished the set 25-15 and the match with a well-placed serve. 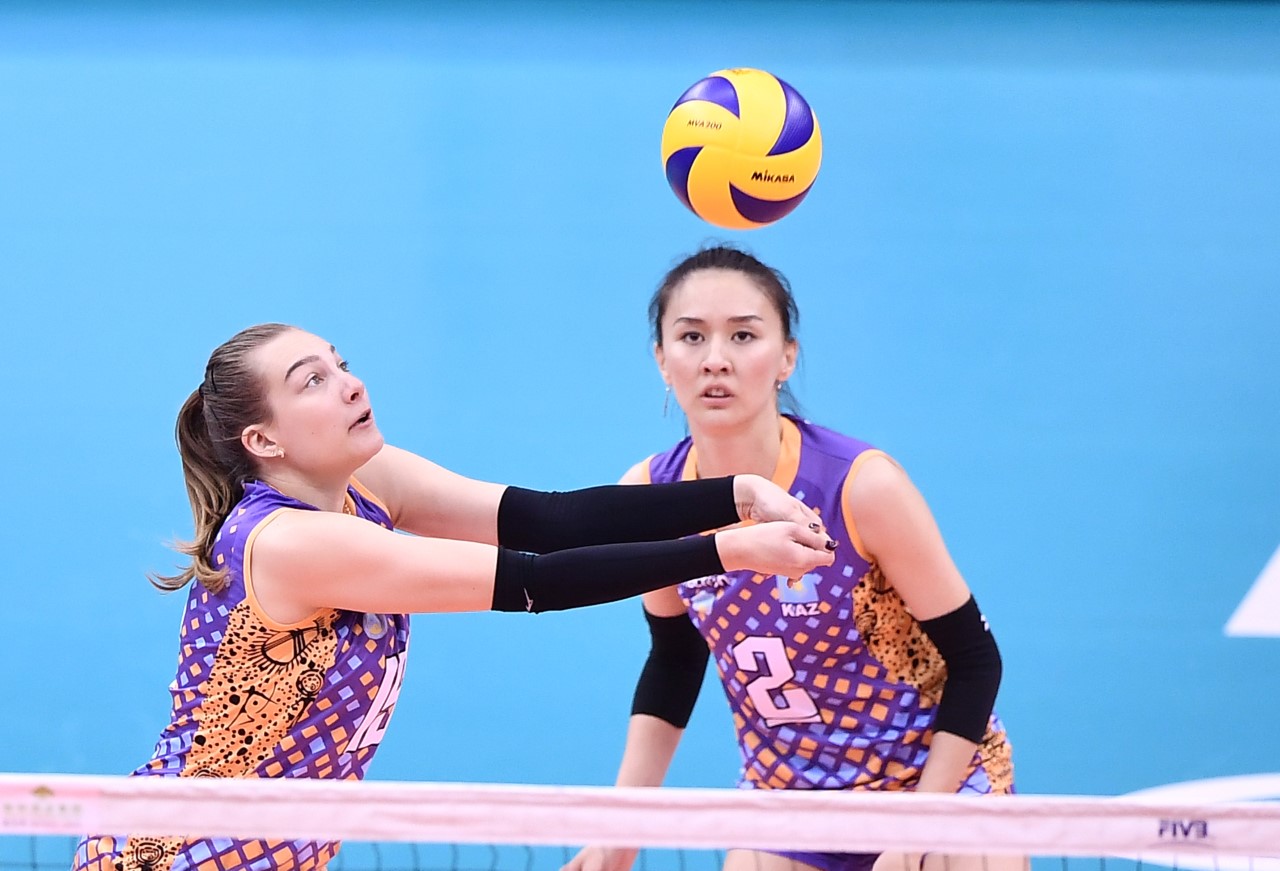 Kristina Anikonova chipped in match-high 11 points from 26 attempts for Altay VC, proving that she is an existence of beauty and strength. Her teammates Kristina Belova and Olga Drobyshevskaya also contributed 10 and 9 points respectively.

“As you can see, it’s not a difficult game for us, our young players got more experience through it. We’ll have to gear up for the next encounter against hosts Bohai Bank Tianjin,” head coach of Altay VC Iurii Panchenko commented in a good mood.