Chiba, Japan, September 12, 2021 – Volleyball makes a return to Asia with the first official competition amidst the global Covid-19 situation, as the 21st Asian Senior Men’s Volleyball Championship kicked off on Sunday at the Chiba Port Arena.

“We had lots of spectators today and this made us feeling different. This feeling is what we haven’t felt currently under the pandemic,” remarked Japan coach Yuichi Nakagaichi after their straight sets win ( 25-20, 25-23, 25-21) against Qatar in Sunday’s main event. 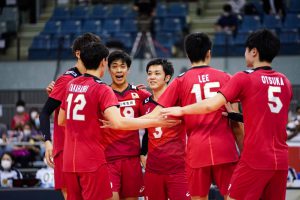 A spirited crowd, indeed, proved to be a big boost to Japan’s performance, as they aim to add another title to their current portfolio of nine in the competition’s history.

“I think I did my best, but I would do better if I could play with stamina in latter of the match,” he said.

The hosts needed a good dose of stamina, having to face the tough, persistent play of their opponents. Youssef Oughlaf led Qatar with 12 points. 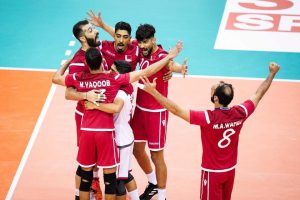 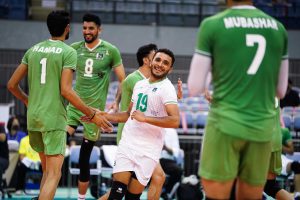 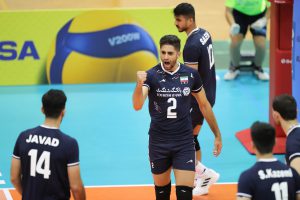 Three-time titlists Iran utilized all of their players, with each one making it to the scoring charts, with a 3-0 match (25-12, 25-18, 25-19) against Hong Kong. Coach Ataei Behrouz brought in a young squad in Iran’s bid to defend the title. 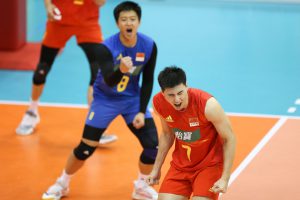 China, which have also previously held the title three times, celebrated a straight-sets (25-12, 25-16, 25-18) win against Kuwait at the second hall Funabashi Arena. The champions from the 1979, 1997, and 1999 editions dominated on all scoring fronts including eight exhilarating service winners.. 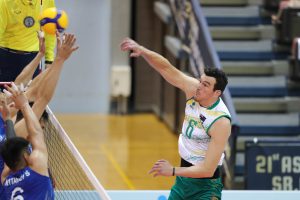 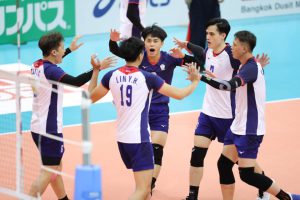 Chinese Taipei, whose best finish in the competition was at fourth place (1983, 1997), took to a superb start, with straight sets (25-20, 25-22, 25-19) against Kazakhstan. The team of coach Moro Branislav dominated in blocks with 11 points, and managed to minimize their errors throughout the match. 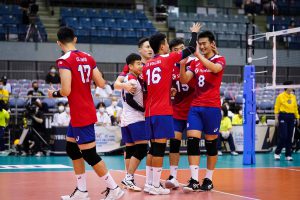 The Preliminary Round continues until Tuesday (September 14) with the top two teams in each pool to remain in contention for the title.

The Champion and Vice-Champion of the 21st edition in Japan shall qualify directly into the 2022 FIVB Volleyball Men’s World Championship to be held in Russia.