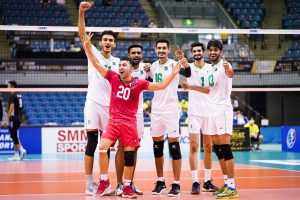 Ali Usman Faryad powered the Pakistan side with a match-high 20 points, picking up 17 on attack and 3 on stuff blocks. Pakistan quickly sparked into a 5-0 run, showing their control on both attack and block. They clearly possessed a huge height advantage over Hong Kong, China. 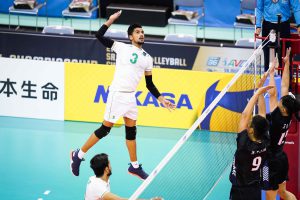 Khan Aimal unleashed unreturnable attacks from the right side, while Usman Faryad made a habit out of his down-the-line attacks.

Pakistan put much pressure in block defense that Hong Kong needed to find a way to vary their attacks. Several plays worked to their favor, when they could run the middle attack, or when they could send a winner from the service line. However, Hong Kong, China was unable to find a solution, which led to Pakistan’s 25-16 win in the first set. 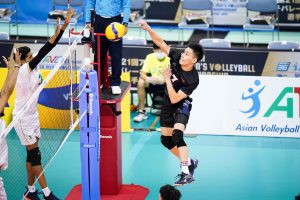 In the second set, Hong Kong, China found better rhythm in their plays. They timed their wing attacks better to be able to outsmart the tall line-up that challenged them. They took 16-12 at the second technical time-out with a series of points from Lam Ki Fung. 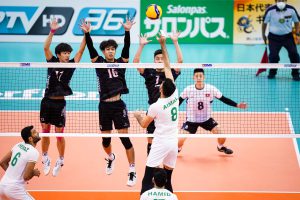 Hong Kong, China likewise posted better tempo in their block formation, as even their 165 cm hitter Lam Yin Chun could help out up front. This is exactly how Hong Kong picked up the second set at 26-24, with a stuff block against the right-side attack.

By the third set. Usman Faryad exploded from the pipe, as Pakistan reverted to their power plays. It was a sequence of points from nearly similar orchestration, which Hong Kong, China was unable to confront accordingly, with Pakistan taking 25-11. 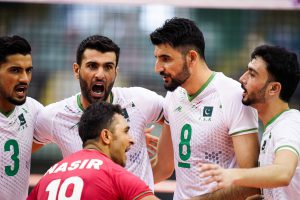 Pakistan displayed their dominance most throughout the match, that Coach Rahman Mohammadirad decided to give his key players some bench time. Capping off the fourth set with 25-12, Pakistan led on all scoring skills ( 53 attacks, 14 blocks, 5 service aces).

The Preliminary round for Pool B concludes on Tuesday at the Chiba Port Arena. Pakistan will face defending champions Iran at 12:00 local time, while Hong Kong, China meet Thailand in the following match (15:00 local).