Dhaka, Bangladesh, November 6, 2019 – The maiden edition of the “Bangamata” Asian Senior Women’s Central Zone Volleyball Championship is set to be held at Shaheed Suhrawardi Indoor Stadium in Mirpur here from November 9 to 14, 2019.

This will be the Bangladesh women’s first ever participation in an international volleyball tournament, which is due to get under way on November 9 with the final showdown scheduled to be held five days later. Hosts Bangladesh, Nepal, Maldives, Afghanistan and Kyrgyzstan will test their mettle against one another to vie for the top honour.

The tournament is being organized by the Bangladesh Volleyball Federation (BVF) in the memory of Bangamata Begum Fazilatunnesa Mujib. 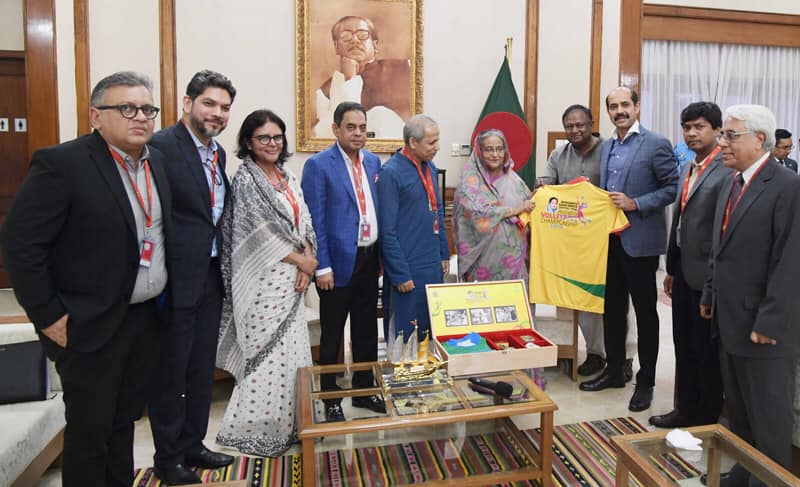 In a ceremony on Tuesday, BVF President and DNCC Mayor Md Atiqul Islam handed the trophy and a jersey of the Bangladesh women’s volleyball team to Bangamata’s daughter and Prime Minister Sheikh Hasina. 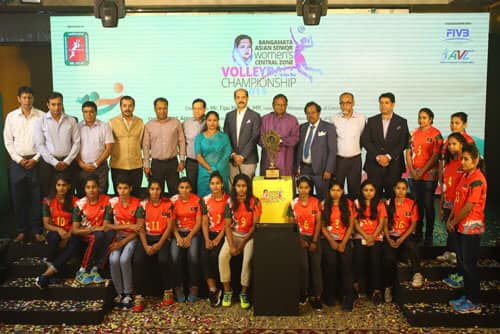 The opening ceremony will take place at Shaheed Suhrawardi Indoor Stadium in Mirpur at 3pm local time on November 9, with the host side taking on Afghanistan in the curtain-raisers. 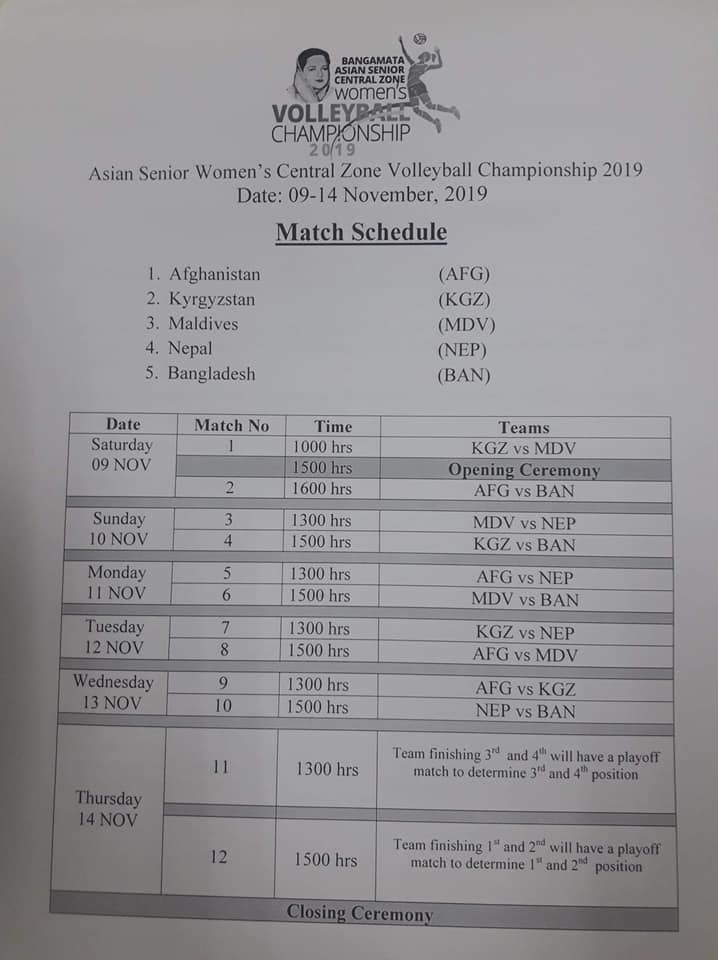