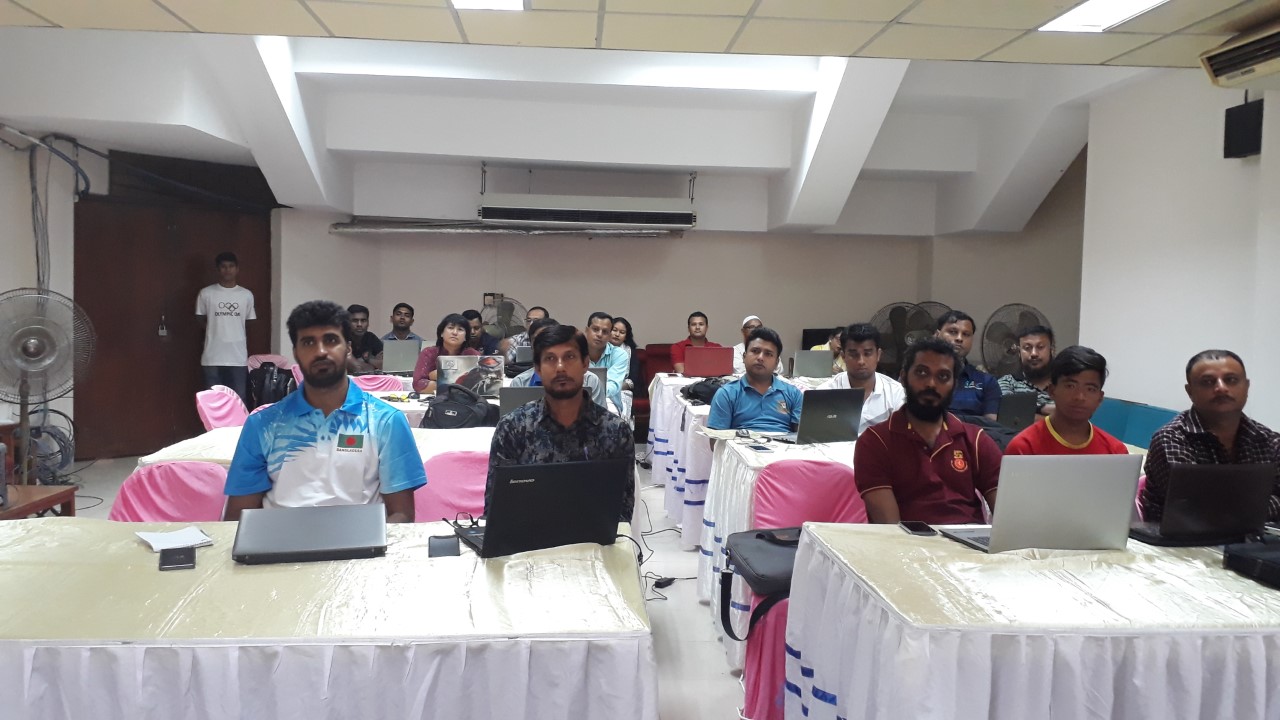 Candidates from Sri Lanka, Bhutan, Afghanistan, Nepal and Bangladesh participated in the course, which aimed at encouraging/motivating those from this zone to get knowledge of the AVC Electronic – Scoresheet Computer Program and VIS Program in order that they can thoroughly understand how to use the AVC E-Scoresheet software and VIS software aside from understanding how to integrate all softwares in one single system.

Those attending the course and understanding the softwares will be well prepared for any international volleyball tournament expected to be held in this zone in the near future.

Mr Masoud Yazdan Panah from Iran, nominated as Technical Delegate to officiate at the “Bangamata” Asian Senior Women’s Central Zone Volleyball Championship from November 9 to 14 in Dhaka, also joined the ceremony as guest of honour.

In this auspicious occasion, a total of 36 Mikasa MVA200 balls from AVC were given to the organisers for use in the six-day championship.

E-Scoresheet is the software that guides the users to compile the match scoresheet in real time, through automatisms, in order to limit to the maximum the intervention of the operator, by checking all situations and unforeseen circumstances that may occur during a match and by suggesting an eventual solution.

AVC E-Scoresheet and VIS are the softwares that are very helpful to various volleyball tournaments. The AVC E-Scoresheet is the AVC software implemented by the AVC ICT Task group and designed to use in place of manual scoresheets, to support the tablets, scoreboard, and live score, while the VIS software supports all parties who are interested in the teams’ or players’ statistics. For instance, Teams Players, Control Committee, and Press.

All candidates will stand a chance to learn theoretically in class and also practise in real situation when the “Bangamata” Asian Senior Women’s Central Zone Volleyball Championship will be held from November 9 to 14 here.