Qinzhou, China, October 31, 2019 – Spain’s Cesar Menendez and Alejandro Huerta saved a spot in the round of 16 of the FIVB Beach Volleyball World Tour Qinzhou 3-star after knocking out third-seeded Kusti Novak and Mart Tiisaar in their match on Friday, as Australian and Chinese pairs also made their mark.

“We are very happy because we played well in this tough match,” Huerta said. “Estonia is a good team and for us we had to play our best game. It’s important for us and we are happy to make it to the next round.

“I think the key was we played a good side-out game in difficult moments that kept our concentration and fight.”

“This is the last tournament of the season. We have played at least nine tournaments this year. It’s the best way to finish a good year. We will try to do our best and finish in the highest position,” added Menendez.

Four other European pairs advanced to the next round, with France’s Aye/Gauthier-Rat and Denmark’s Martin Trans Hansen and Kristoffer Abell winning in straight sets, and the Netherlands’ Ruben Penninga and Jasper Bouter and Russia’s Ruslan Bykanov and Alexander Likholetov claiming victories in three sets.

Also moving to the next round are the United States’ Miles Evans and Ryan Doherty, Australia’s Cole Durant and Damien Schumann and China’s Gao Peng and Li Yang, who won in two sets. 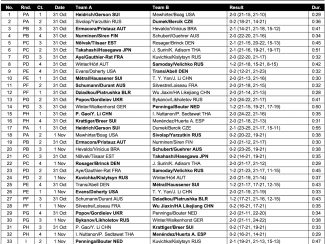 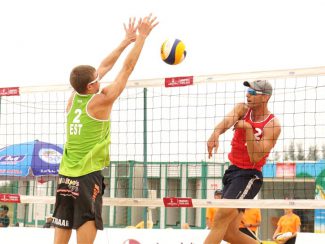