Bangkok, Thailand, August 28, 2020 – The AVC Coaches Committee held a meeting via video conference on Thursday to consider matters related to the Euro/Asia Coaches Cooperation Project including the selection criteria for 8 well-qualified AVC Candidates.

The meeting was aimed at sharing knowledge and experience for the benefit of younger and new emerging generation of coaches and making a decision on the further screening and evaluating process for coaches who will be selected to join the next part of the project.

As of August 27, a total of 16 potential coaches from 14 AVC affiliated National Federations consisting of two each from Afghanistan and Thailand and one apiece from China, DPR Korea, Mongolia, Iran, Pakistan, Sri Lanka, Bahrain, Lebanon, Palestine, Australia, Palau and Singapore have already confirmed their participation in the selection.

The AVC Coaches Committee and AVC Expert Mr G.E. Sridharan have on Thursday set up the selection criteria for those 16 coaches, only 8 of whom will make the cut for the AVC Candidates. The AVC Expert will also play a vital role in interviewing the selected 8 candidates and making a further decision who can make the final list of 4 AVC Candidates to join the other 4 Candidates from CEV. These 8 Candidates (4 each from AVC and CEV) will then have a full commitment to follow a two- week program in total in 2021 including one week in Europe and one week in Asia aside from presenting at the Coaches Convention to be organised in late 2021.

Regarding the selection criteria decided by the Thursday’s meeting, each National Federation can choose only one Candidate to submit, while Candidates must be either volleyball coaches working with underage categories or players at the end of their career with willingness to develop professional coaching career. Furthermore, they must have a proficient level of speaking and writing English. Despite the fact that age and experience is not exclusive, not over 35 is desirable.

Another AVC Coaches Committee Meeting via video conference will take place again next Thursday for further discussion and consideration for the tasks that need to get finished ahead of the next process of the project.

SAORI SAKODA: HER LIFE IN 180 DEGREES 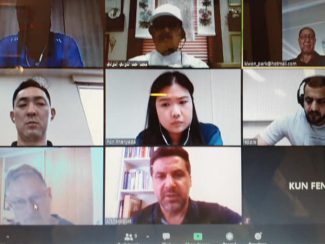