Bangkok, Thailand, August 27, 2020 – Jiangsu joined Shanghai in the semi-finals of the Chinese Men’s Volleyball League after beating the defending champions 3-0 (25-18, 25-23, 28-26) in Qinhuangdao, said a news release on xinhuanet.com on Thursday.

This year’s league sees eight teams divided into two groups to play in a round-robin format, with the top two finishers from each pool moving on to the semi-finals.

Defending champions Shanghai had already booked a berth in the last four before Thursday’s game, sitting top of Pool E three points ahead of second-placed Jiangsu, while Sichuan and Henan sat third and fourth respectively. 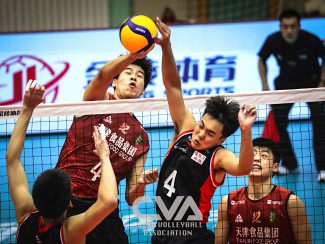