Volleyball goes from strength to strength in Bahrain

The FIVB’s coaching support has been ongoing throughout 2021, with 12 months of support also approved for 2022. As part of the project, highly-experienced Brazilian coach Mr Issanye Ramirez Ferraz has been appointed to lead the development of Bahrain’s youth and men’s national teams with the ultimate aim of improving the teams’ rankings at both a continental and international level. 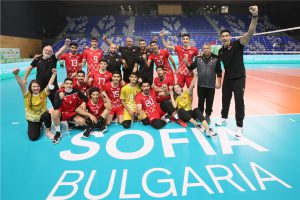 “By reinvesting the money that comes from the sport back into the sport, we have been able to consistently elevate the level of volleyball worldwide. The achievements we see in Bahrain are testament to the FIVB’s wide-reaching and professionally delivered development programme, as well as the BVA’s commitment to improving the level of the sport in Bahrain.”

“The support provided by the FIVB has helped us become more internationally competitive in volleyball, and the Bahraini teams have achieved great results in the past seven months. It has also provided us with the opportunity to have a full-time coach working on the development of national teams through the interests and objectives of the BVA.” 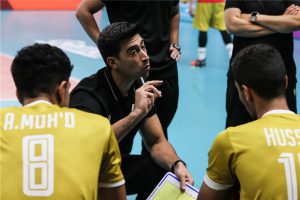 “Local coaches and I have implemented a consistent approach in the development process for the U16, U19, U21 and senior national teams. This has meant the regimented physical and technical development of more than 79 athletes over the course of a seven-month training period.

“This detailed work, enabled by FIVB development support, has helped Bahrain’s national teams to achieve great results in 2021, as well as impressive growth for the senior team.”