Bandar Torkaman, Iran, September 30, 2019 – After a three-week break, the FIVB Beach Volleyball World Tour resumes here Tuesday as the international circuit returns to Iran for the fourth-straight season for the US$5,000 Bandar Torkaman event.

The men’s-only Bandar Torkaman event is the first tournament on the 2019-2020 FIVB World Tour calendar. A total of 23 teams from eight countries are entered in the second event in Bandar Torkaman where the host country captured all three podium places at the inaugural competition last October.

Bahman Salemi and Arash Vakili, who placed 17th at July’s FIVB World Championships in Germany for Iran’s best placement ever in the event, return to defend their title after defeating compatriots Abolhamed Mirzaali and Rahman Raoufi in the 2018 Bandar Torkaman event gold medal match on October 5.

Five teams competing in the 2019 Bandar Torkaman event have captured FIVB World Tour gold medals, including Salemi/Vakili and Mirzaali/Raoufi. Other title winners in the field are Masato Kurasaka/Kensuke Shoji of Japan, Alexandr Dyachenko/Alexey Sidorenko of Kazakhstan and Nuttanon Inkiew/Sedtawat Padsawud of Thailand.

Three of the title wins were last October when Iran hosted three-straight weeks of FIVB events. A week after Salemi and Vakili claimed their 2018 Bandar Torkaman title, Mirzaali and Raoufi topped an Iranian podium for the host country in Babolsar. Dyachenko and Sidorenko ended the streak by topping the podium on October 19 in Bandar Anzali after finishing second in Babolsar to Mirzaali and Raoufi. Kurasaka and Shoji claimed their FIVB gold medal this past August at the Rubavu event in Rwanda. Inkiew and Padsawud’s podium-topping effort was on home sand in Thailand by winning the mid-April 2018 event in Satun.

The Bandar Torkaman event also launches the second season of qualifying events for the Tokyo 2020 Olympic Games where pairs from Canada, Latvia, Italy, Russia and Spain have already claimed berths for their country in the quadrennial after securing spots at 2019 events in Germany (Hamburg World Championships) and China (Tokyo Qualification Tournament). 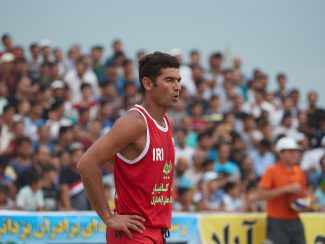 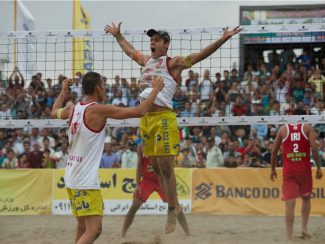