Jiangmen, China, December 3, 2021 – Beijing and Henan both suffered their fifth straight loss in Group B of the Chinese Women’s Volleyball League here on Friday. Both teams have yet registered a single victory this season. The 2018-19 season champions Beijing have made a most awkward record in franchise history, winning only one set out of all 16 played. Elsewhere on Friday, Shenzhen rested most of their regular starters when facing group leaders Shanghai, and was outperformed by their opponents in straight sets 25-15, 15-16, 25-11. 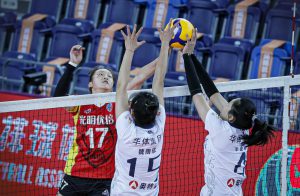