BEST YET TO COME FOR RUSSIA’S BOCHAROVA AND VORONINA

Udon Thani, Thailand, June 18, 2019 – Russia’s Mariia Bocharova and Maria Voronina finished on top of Pool C in the women’s main draw tournament of the FIVB Beach Volleyball U21 World Championships and the U19 world champions are hoping to continue with their winning run. 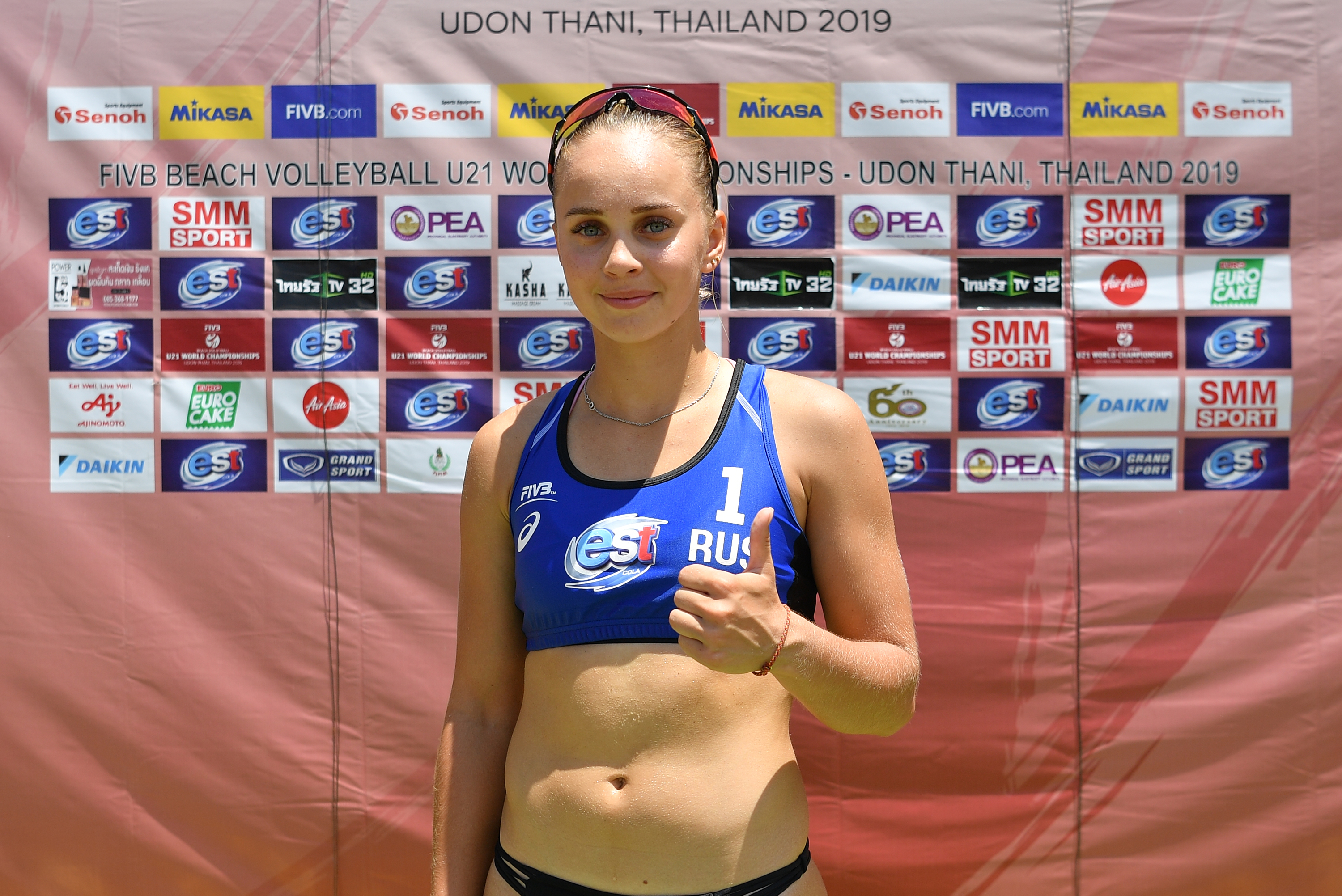 Bocharova and Voronina have celebrated many top podium finishes, including the U18 and U20 European Junior Championships in 2017 and the FIVB Beach Volleyball U19 World Championship in Nanjing in 2018. After that, the young Russian duo captured the gold medal at the Youth Olympic Games in Buenos Aires.

The pair made their debut on the FIVB Beach Volleyball World Tour at The Hague Dela Beach Open in January 2018 and their most recent World Tour conquest was at the 2-star event in Aydin, Turkey where they continued to demonstrate their potential by beating Ukraine’s Diana Lunina and Maryna Samoday in a tiebreaker 2-1 (21-17, 16-21, 16-14) to win gold.

On Friday, Bocharova and Voronina completed their sweep of their pool matches with a 2-0 (21-11, 21-13) win over Egypt’s Nada Hamdy Samir Mahmoud Hamdy and Malak Hatem Mahmoud Mohamed Semeda.

“We believe that the best is yet to come,” said Voronina.

“This is our first time to play at the U21 World Championships and this is very important for us,” Bocharova said. “We have won a couple of tournaments in the past and they were important tournaments as well. There is a little bit of pressure because there are many people waiting for us to win first place in this tournament.” 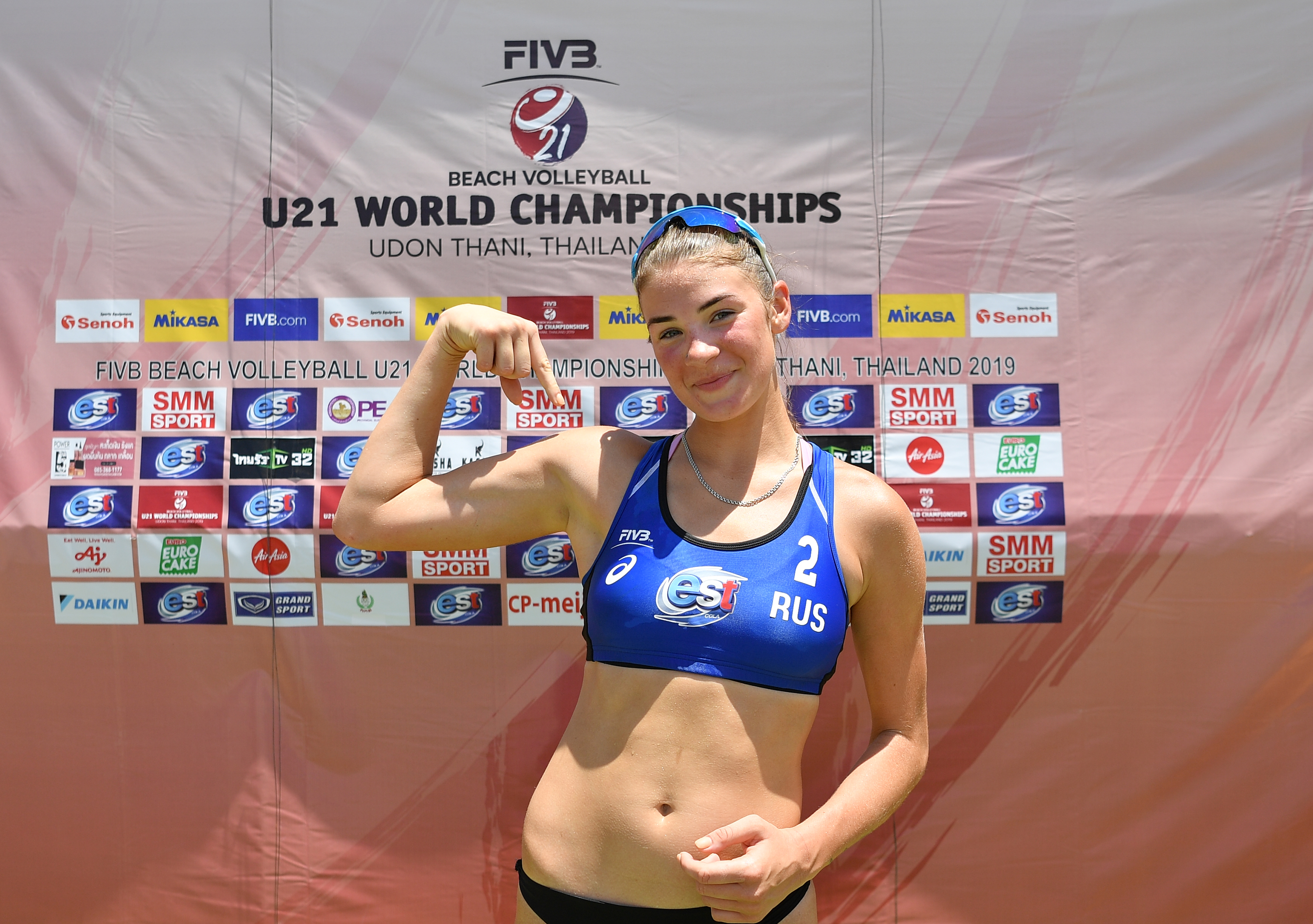 These Russian teenagers spend a lot of time on the court but still manage to lead normal lives.

“Beach volleyball has been pretty much what I have been doing lately,” Bocharova said. “But we are also busy with school.

“I like to spend my free time walking in the park and do some bird-watching and then go back to playing beach volleyball.”