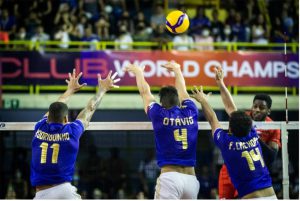 The recent rule change allowing the host club automatic entry into the event will open the opportunity for even more clubs around the world to participate in this flagship club competition.

Bids should be received no later than Friday 22 July 2022. All information regarding the bidding process can be found here.

The prestigious club competition, which was first held in 1989, will enter into its 18th edition in 2022. The 2021 men’s and women’s editions were staged in Brazil and Turkey respectively with hosts Sada Cruzeiro and Vakıfbank İstanbul claiming gold.