BORGER AND SUDE BACK ON THE GRIND, SECURE QINZHOU FINAL FOUR SPOT AFTER BEATING CHINESE SIDES 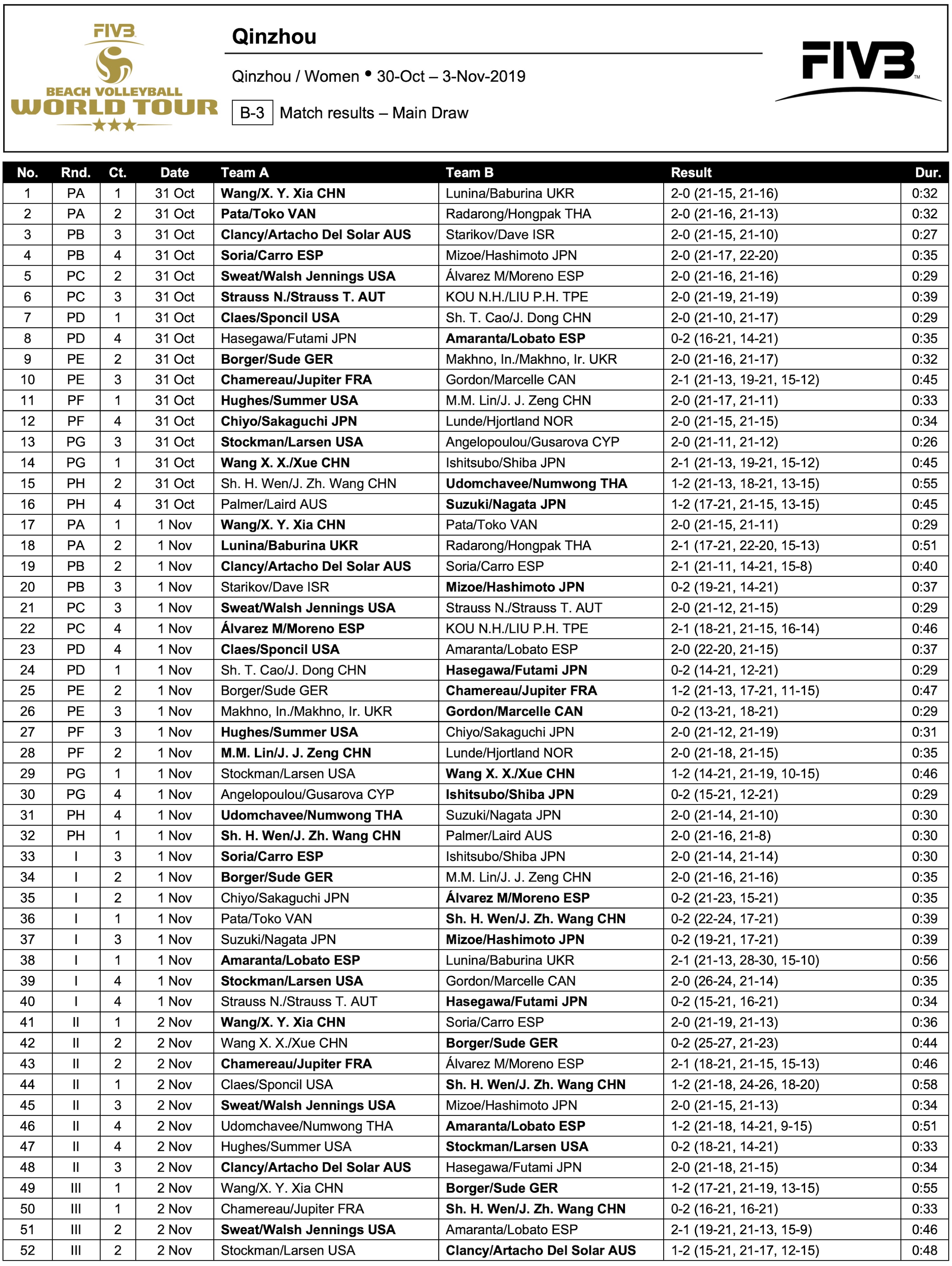 After winning their first match and losing their second match in a three-set encounter with France in pool play, the Germans faced three Chinese pairs consecutively on their way to the final four.

“The key to the win was to keep the side-out because they really have a good service game and we had problems receiving their serves,” Sude said.

“We really have a China week because yesterday we played China in the morning and played two Chinese teams today. They are really tough teams because they have tall players. They really have good service because they are coming from another height, so we had a lot of pressure and we missed some balls. You really have to be determined to put the ball in the court, otherwise they will play it with their height.”

The German pair will face yet another Chinese pair in the semifinals – Wen Shuhui and Wang Jingzhe – who defeated France’s Aline Chamereau and Alexandra Jupiter in their straight-set (21-16, 21-16) quarterfinal encounter.

“Our rhythm was off in the first set and opponent’s strategy kind of did that,” Sweat said. “It just took a little bit to fear it out and once we did, it kind of turned things around. After that it felt more fluid and definitely put us in rhythm in the second and third sets.”

Clancy and Artacho Del Solar started with a win but their USA rivals Emily Stockman and Kelley Larsen bounced back in the second frame to force a tiebreaker. The Australians found their rhythm back in the third to post a 2-1 (21-15, 17-21, 15-12) win. 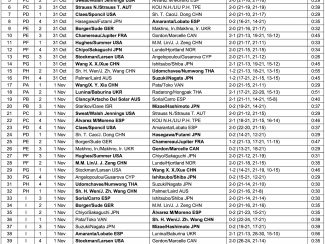 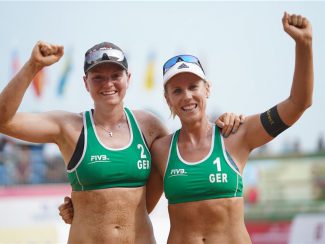