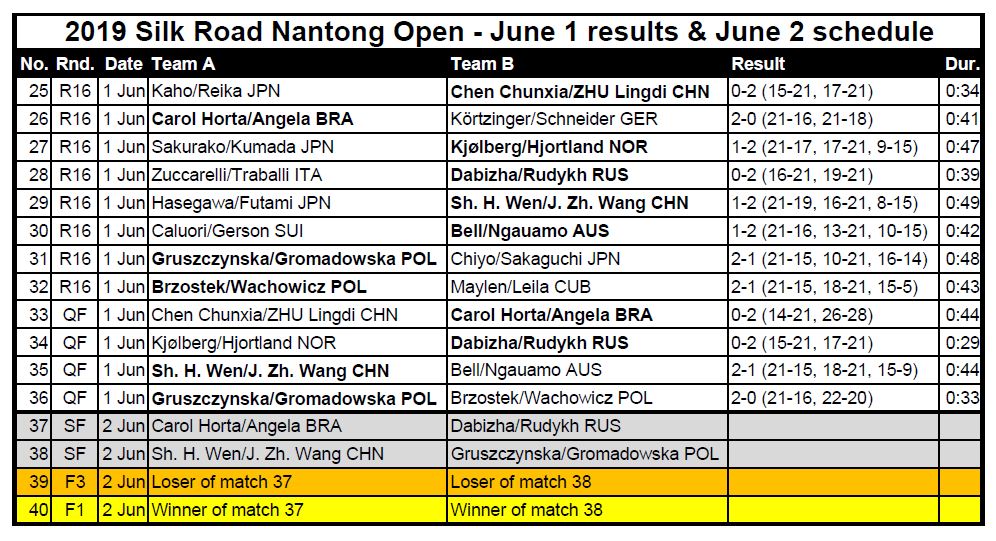 Leading the teams into the FIVB World Tour semifinals are Carolina Horta and Angela Lavalle as the top-seeded Brazilians will be seeking to defend their country’s Nantong gold medal after compatriots Josemari Alves and Liliane Maestrini captured the 2018 Silk Road Open title.

After dropping a three-set pool play setback to Cuba’s Mailen Deliz/Leila Martinez on Friday, Horta and Angela rebounded on Saturday to post elimination wins over pairs from Germany and China to advance to the Silk Road Nantong Open final four in their fourth FIVB World Tour event together. 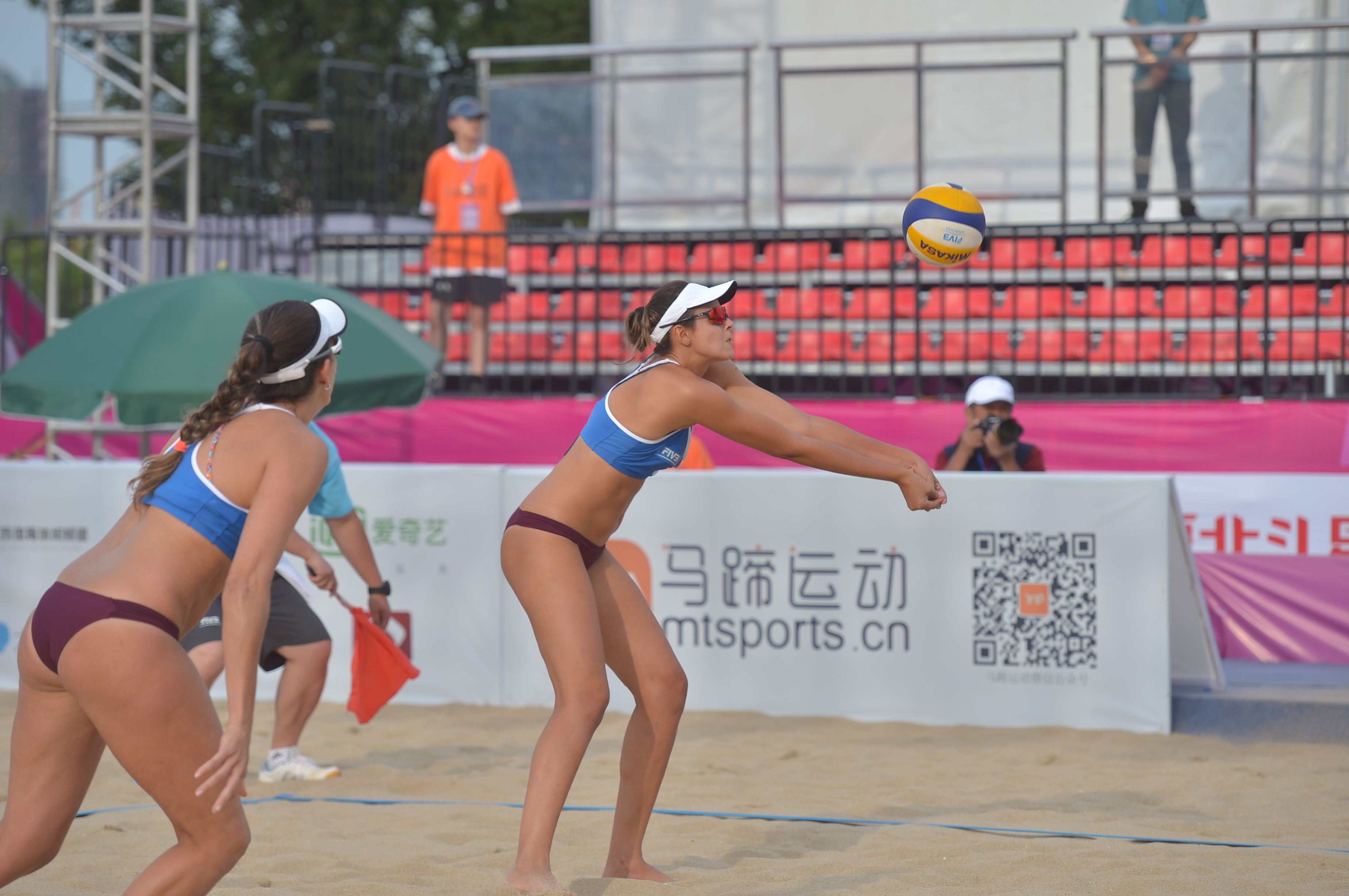 Dabizha and Rudykh, who are playing in their sixth FIVB event together and captured a World Tour gold medal at the start of May on Tuan Chau Island, Vietnam, advanced to Sunday’s schedule with wins over 12th-seeded Gaia Traballi/Agata Zuccarelli of Italy 2-0 (21-16, 21-19) in 39 minutes and 2-0 (21-15, 21-17) in 29 minutes over 16th-seeded Victoria Kjolberg/Ane Tveit Hjortland of Norway.

Gromadowska and Gruszczynska, who are also guaranteed their best FIVB World Tour placement together, posted their wins Saturday over fourth-seeded qualifiers Yurika Sakaguchi/Chiyo Suzuki of Japan 2-1 (21-15, 10-21, 16-14) in 48 minutes and 15th-seeded compatriots Monika Brzostek/Aleksandra Wachowicz 2-0 (21-16, 22-20) in 33 minutes.  Gromadowska and Gruszczynska, who are playing in their 13th FIVB World Tour together, had to win two qualifying matches Thursday to advance to the Nantong main draw.

Like the Russians, Wang and Wen will be seeking their second FIVB World Tour gold medal as the Chinese pair posted a 2-1 (19-21, 21-16, 15-8) opening win in 49 minutes on Saturday over 10th-seeded Azusa Futami/Akiko Hasegawa of Japan before ousting second-seeded Phoebe Bell/Jessyka Ngauamo of Australia 2-1 (21-15, 18-21, 15-9) in 44 minutes. On Friday, Wang and Wen dropped a three-set pool play match to the Bell and Ngauamo.

Sunday’s gold medal team will split the $4,000 first-place prize as the Silk Road Nantong Open is the 24th women’s event on the 2018-2019 FIVB World Tour schedule. Women’s event No. 25 is also being played this weekend in Ostrava, Czech Republic.

The third annual Silk Road Nantong Open is the first of two back-to-back women’s international beach volleyball events in China as the city located on the northern bank of the Yangtze River stages the sixth of nine FIVB World Tour stops in the Asian country during the 2018-2019 season. The Silk Road Beach Volleyball event continues next weekend in Nanjing for another women’s-only FIVB World tour event. 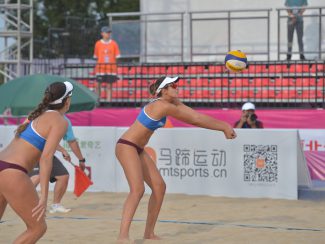 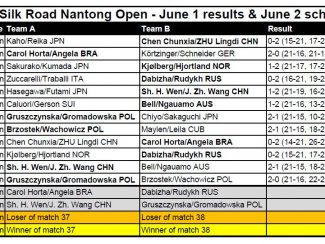 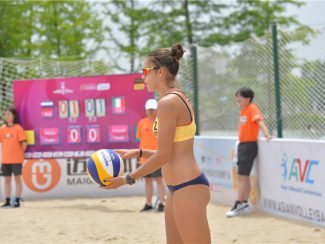