Udon Thani, Thailand, June 18, 2019 – Canada’s Iris Fletcher and Abbey Thorup completed all their three qualification encounters in the FIVB Beach Volleyball U21 World Championships with straight-set wins to reach the main draw of the women’s tournament. 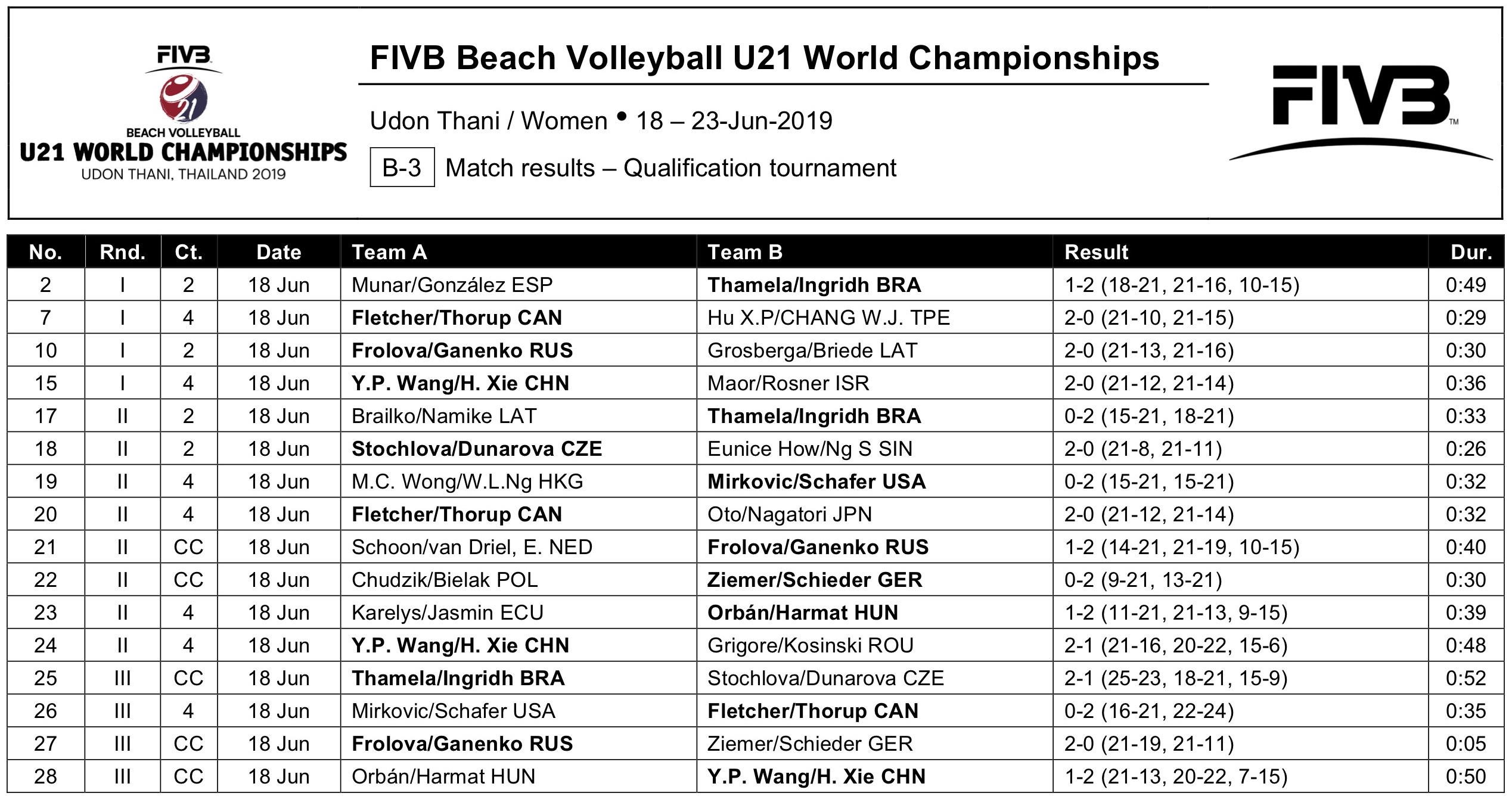 On Tuesday morning, the Canadians started with a strong finish against Chinese Taipei’s Hu Xiao-Pei and Chang Wei-Jie (21-10, 21-15), then moved into the next round to beat Japan’s Paurine Emiri Oto and Sadia Nagatori (21-12, 21-14) before completing their sweep of the United States’ Milica Mirkovic and Caroline Schafer (21-16, 24-22).

Meanwhile, Brazil’s Thamela Coradello Galil and Ingridh Louise Arigo, China’s Wang Yingpeng and Xie Hong and Russia’s Anastasiia Frolova and Aleksandra Ganenko made uphill climbs as they fought their way to earn their respective spots in the main draw.

Thamela and Ingridh faced Spain’s Sofia Gonzalez and Aina Munar and prevailed in the lone tiebreaker in the first round. They had an easier win in the next round as they beat Latvia’s Varvara Brailko and Anete Namike in straight sets. However, their third set was a tough one as they had to endure another tiebreaker with Czech Republic’s Miroslava Dunarova and Marie-Sara Stochlova.

Wang and Xie had a similar run in the qualification round, prevailing in tiebreakers in the second and third rounds after an upbeat straight-set start against Israel’s Noga Maor and Shahar Rosner.

Frolova and Ganenko started with a victory in straight sets, then withstood a tough three-set match against U19 World Championship silver medallist Raisa Schoon and Emi van Driel. The Russians somehow recovered and recorded a straight-set win against Germany’s Hanna-Marie Schieder and Hanna Ziemer in their third match.

SHEKUNOV AND VERETIUK BREAK THROUGH IN U21 WORLD CHAMPIONSHIPS MAIN DRAW 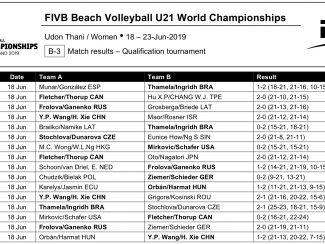 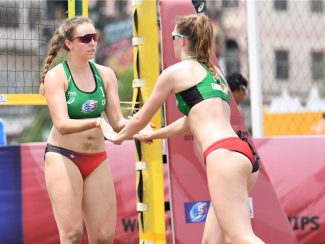