Chennai Spartans and Est Cola, both suffering their first loss at the respective hands of Kazakhstan’s Kazachrome VC and Qatar’s Al-Rayyan Club the previous day, played a must-win match on Friday and as a result, the losing team in this match failed to make the cut for the top eight and instead would be relegated to the 9th-14th classification.

Both teams fielded the similar lineup as their opening match on Thursday, with Chennai Spartans strengthened by two imports, Latvian Sorokins Ruslans and Canadian Rudy Verhoeff. Est Cola sent in a mixed team of young guns including left-hander Pusit Phonarin and setter Mawiin Maneewong and veterans led by Kitsada Somkane and Kissada Nilsawai.

Led by a brilliant all-round performance from Rudy Verhoeff, Chennai Spartans put the Thai side under constant pressure from the front and back of the court with some spectacular digs and devastating attacks to commandingly lead 23-19. Hard-hitting Pusit carried out well-placed serve and Anuchit Pakdeekaew and Pusit produced scintillating blocks, but their all-out efforts were not enough to help the Thais catch up with the rivals. Chennai Spartans sealed the close first set 25-22.

The second set was initially dominated by Chennai Spartans after a series of thrilling rallies that excited spectators at the venue. Est Cola pulled their game together and made a confident action to the game with back-to-back spikes from Pusit and Kittithad Nuwaddee and the Thais met the Indian team at 23-23.

Chennai Spartans spiked out, but head coach M. H. Kumara disagreed with the referee’s decision and asked for a block touch challenge, but it was not successful. The Thai team moved ahead 24-23 and made short work of the Indians after that to win the remaining point 25-23 in the closely-contested set.

After struggling to get past the Chennai Spartans’ blocks in the second set, Est Cola began to find some successes early on in the third set but the Indian team again took control. The 204cm-tall GS Akhin attacked Kissada to put his team in front 24-20, but a serve from team-mate A. Karthik went wide, allowing the Thais another life. However, Ruslans put the team back on track, scoring the last point for Chennai Spartans through his aggressive spike.

The fourth set was the similar script as the Indians performed well to lead from the beginning before the Thais counter-attacked to level it 17-17 and from then, both teams traded attacks. Est Cola fared better in the final stretch to win 25-23, with Kissada hitting a fast spike which went unanswered for the team’s last point.

Chennai Spartans gained the upper hand initially in the tie-breaker, which they led 10-7. The Thai team poured everything they had with an high hope to come back, but the Indians foiled all their attempts. Chennai Spartans sealed the 15-9 win in the set and match. 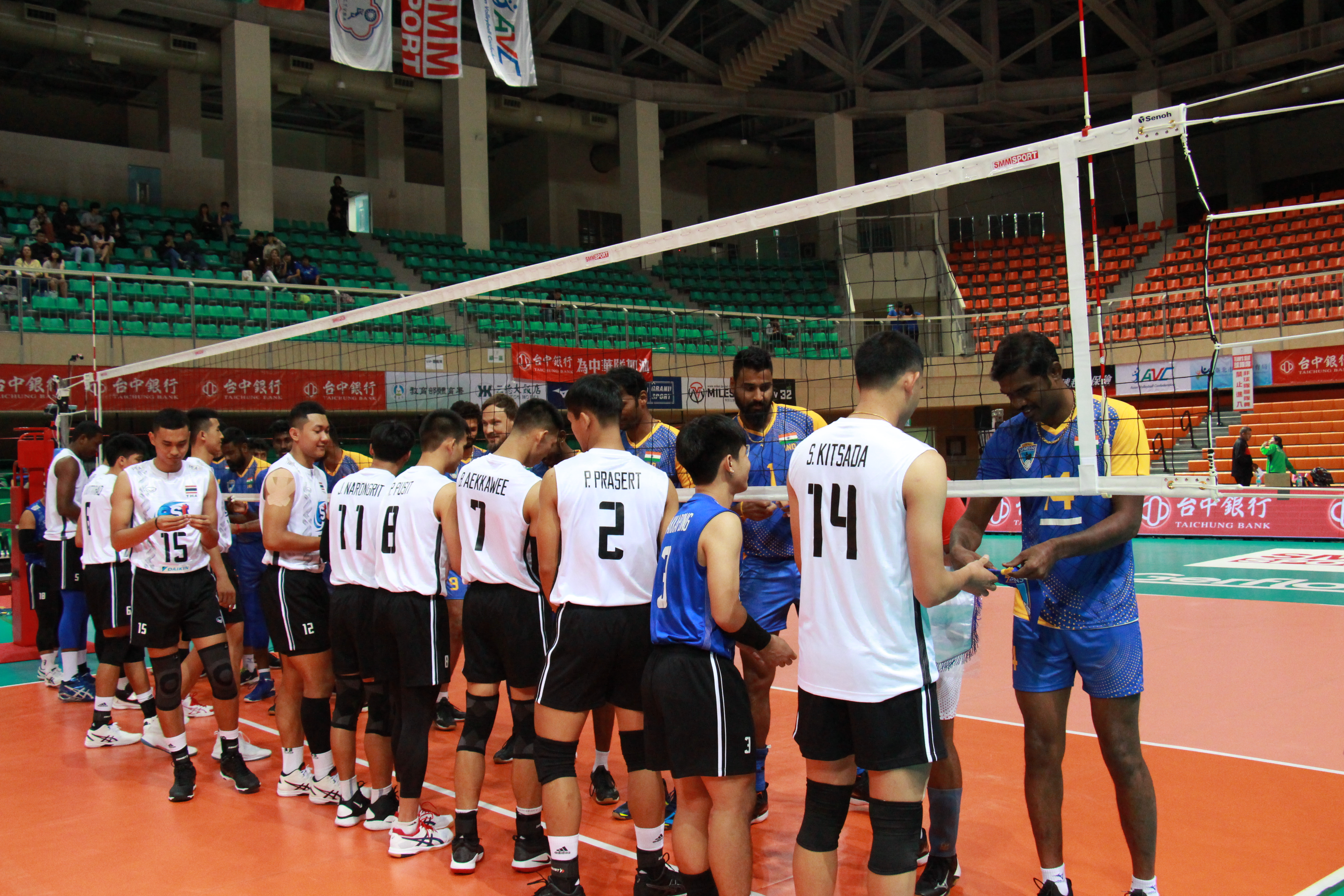 “Actually, we initially expected a 3-0 win in this match, but the Thai team played well and forced us to play five sets. We struggled in this tough match because of our setter. He did not communicate well with team-mates. If we lost, the team would be in difficult situations. With this win, we still have chances to qualify. We next take on Al-Rayyan of Qatar and hope we will have a good match against them,” Chennai Spartans’ head coach Dr M.H. Kumara commented.