fter placing third, fifth and 17th in their previous three starts on home sand, Cherif Samba and Ahmed Tijan finally finished atop a podium in the Qatari capital Friday by winning the Doha Beach Volleyball Cup at the Al Gharrafa Beach Complex. 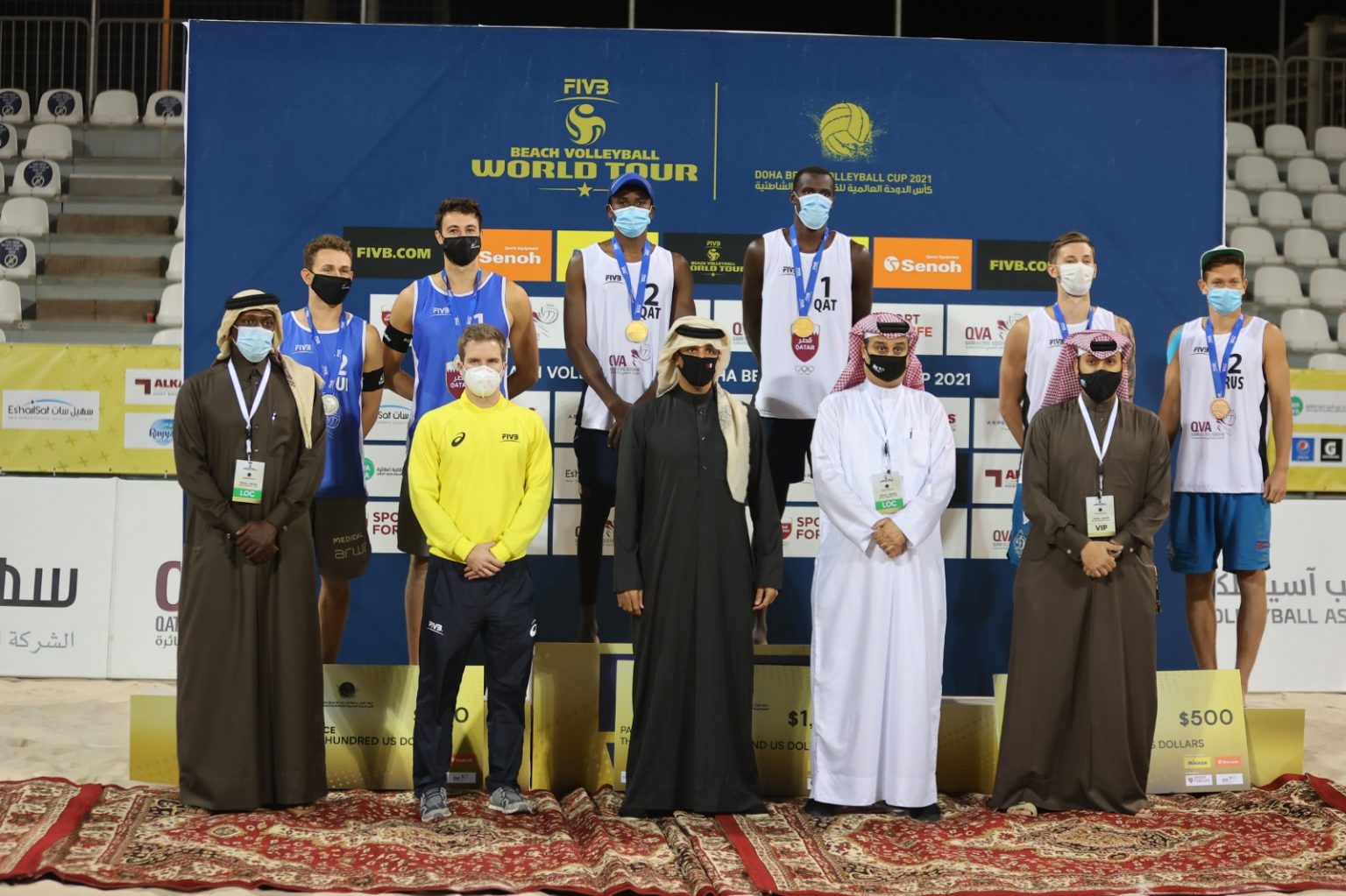 Seeded first in the 16-team main draw, Cherif and Ahmed posted a 2-0 (21-15, 21-19) gold medal win in 34 minutes over second-seeded Yves Haussener and Quentin Metral of Switzerland in the first FIVB Beach Volleyball World Tour meeting between the two teams.

“It was good to play after one year of break,” said the 25-year old Ahmed after the match. “Hopefully playing in this event will be an advantage for us for next month’s event. It also helps that this is our home court where we practice every day.”

Cherif added that his partner Ahmed was “very convincing tonight with his explosiveness in his attack along with his defence and consistent setting. That makes him a great partner.”

With both teams winning Friday afternoon semifinal matches to advance to the first-ever Qatar versus Switzerland gold medal match on the FIVB World Tour, Cherif and Ahmed split the $1,000 first-place prize while the Swiss shared $700 for placing second.

The No. 13 team on the international ranking list, Cherif and Ahmed also secured Qatar’s second-ever win on the World Tour as the pair were competing in their 29th World Tour event. Cherif and Ahmed’s best previous finishes were thirds at events in 2018 (Doha and Vienna) and 2019 (Xiamen, China).

Haussener and Metral were also competing in their first World Tour gold medal match as the Swiss pair had posted two bronze medal finishes in their previous nine FIVB events together at events in Cambodia (2019) and Austria (2020).

In the bronze medal match, the eighth-seeded Alexey Gusev and Pavel Shustrov rebounded from a second Doha setback to Cherif and Ahmed to post a 2-1 (19-21, 21-15, 19-17) win in 48 minutes over fifth-seeded Murat Giginoglu and Volkan Gogtepe of Turkey. The 20-year old Russians have now captured two World Tour medals in six starts together. 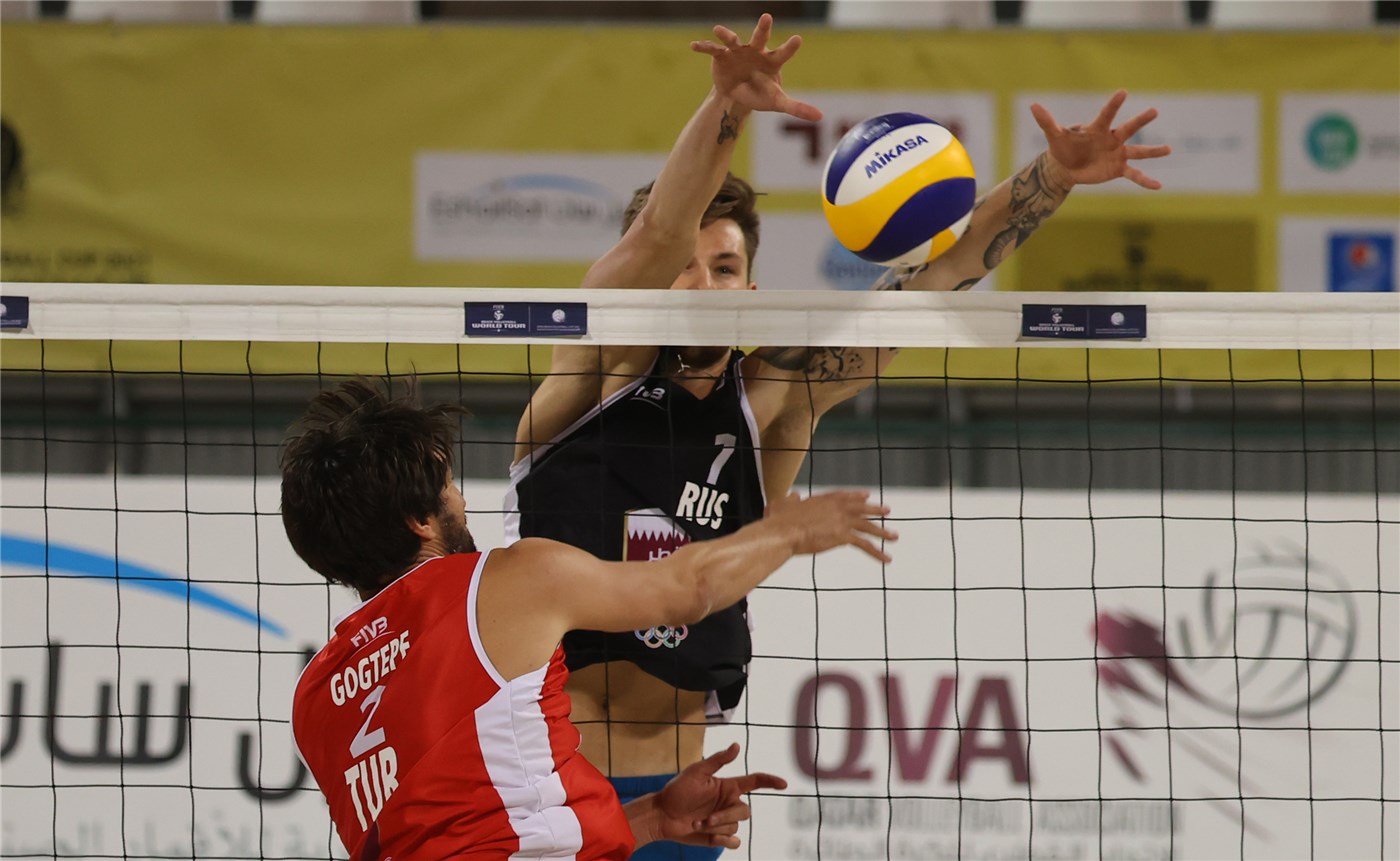 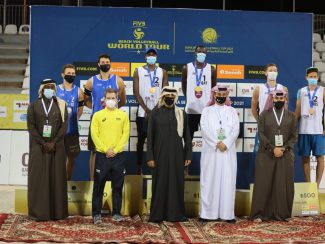 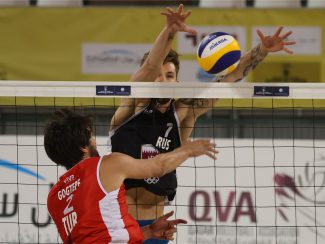