Thursday’s main event at the Chiba Port Arena teemed with blocks from the three-time champions, scoring off 17 blocks. The Chinese side likewise served up a total of 8 aces, to complete their power plays.

Setter Yu Yaochen distributed the plays well enough to get his five hitters to double-digit scores. 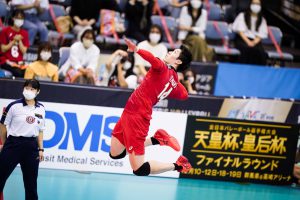 The host team Japan mainly sought to run their plays toward the wings, in order to evade the challenge of the opponents’ blockers. Ishikawa managed to score from the left, while Kento Miyaura handled the right side. They tried to vary their plays and set up several successful pipe attacks. 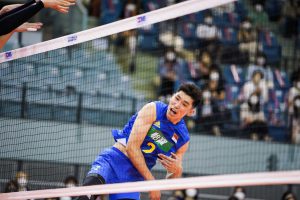 China clamped down on the host team’s hits by imposed their tall presence at the net. Even when their opponents drew out the attack to the far ends, the Chinese frontline proved quick enough to rush to block. Captain Jiang Chuan also showed his reliability on the right-side, to help China take 25-19 in the first set. 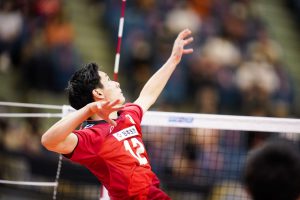 By the next set, Japan tried to put more pressure on the serve as an important step to disrupt the opponents’ rhythm. Once they could clog the passing lanes of the other team, they could firm up their defense and set up the counter-attack. 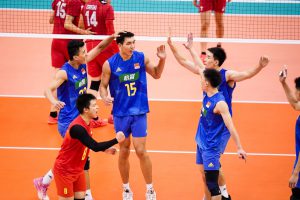 China was able to adjust well in their serve-receive, and continued to run their middles Peng Shikun and Li Yongzhen. Teams played along the side-outs and extended the set.

Haku Lee connected in the middle during the crucial moments as Japan gained the second set, 29-27, off a China misfire. 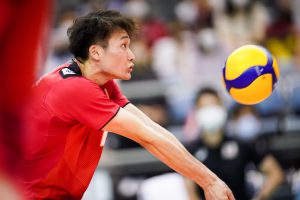 In the next set, Japan utilized Kenta Takanashi diagonal to Ishikawa to try a fresh approach to the outside attack. He was able to connect on several hits even against the opponents’ close guard. The home team continued to play quick in order to outrun the opponents’ equally rapid block formation. 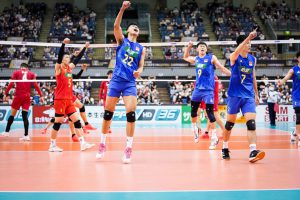 China’s stuck to their usual formula of running their plays quick and tight at the wing, to get the hitters to good elevation. Their taller line-up also leveraged them better at the frontline, to help them take the third set, 25-21.

By the fourth set, Japan was running into many situations to activate the pipe attack with Ishikawa. This was one way for them to take the opponents’ blockers out of the picture.

However, when Japan would set the plays back to the wings, China’s blockers would be waiting and watching closely. 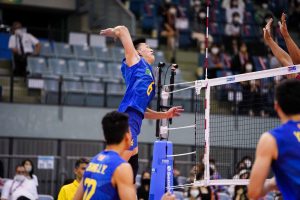 China looked unstoppable in their frontline, alternating their points between stuff blocks and speedy swings, all the way to 25-19 in the final set. 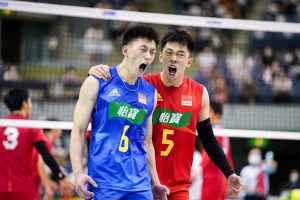 China will face Qatar in the 12:00 (local time) match, while Japan will meet Australia in the main event at 18:00 (local time), as the Quarterfinal Stage continues on Friday at the Chiba Port Arena.