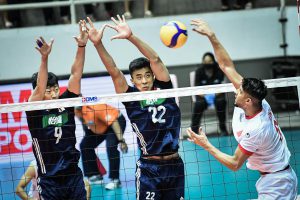 Against debutants Bahrain, which had bagged their first 3-0 win against Chinese Taipei, current world No.19 China fielded a formidable lineup, most of them competed in this year’s FIVB VNL led by the 207cm opposite hitter Zhang Jingjin, Yu Yuantai and Peng Shikun. 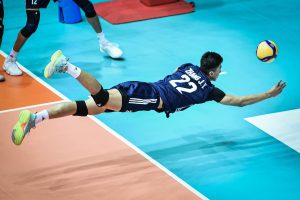 China made a strong start in the first set, with Zhang Jingjin overpowering the smaller blockers with his powerful attacks to narrowly lead 11-9. However, Bahrain, silver medallists at this May’s Gulf Cooperation Council Games in Kuwait, counter-attacked well. Mohamed Abdulla tore the Chinese defence into pieces with his spectacular attacks to help the team level 18-18. China sent in veteran Dai Qingyao, standing 208cm tall, to improve on their offence. The on-going battle became more competitive when both sides traded attacks which saw leads change hands until 27-27. Mohamed Anan carried out an ace, delivering the Bahrainis the set point and hard-hitting Mohamed Abdulla pounded on a sharp spike to clinch the hard-fought 29-27 win. 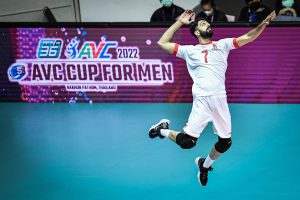 Going down one set, China mixed the excellent combinations of Zhang Jingjin’s fierce attacks with Yu Yuantai’s well-placed serves and scintillating blocks from Zhang Zhejia and Peng Shikun to take a two-point clear at 18-16 and widened it to 24-19 before Zhang Jingjin produced a dazzling serve for the China’s 25-19 win in the second set. 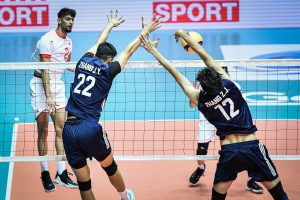 It was a tense third set from the very first serve as China looked to continue their dominance of the tough rivals. Levelling 4-4 and again 7-7, China never looked comfortable. Bahrain started to rally behind the efforts of Mohamed Anan and Mohamed Abdulla, who joined forces in puncturing the Chinese defence to gain some crucial points. Their intention paid off impressively as they reduced the margin 16-19.  However, China maintained their lead. Zhang Jingjin punished Bahrain with some powerful spikes to help the team advance 23-18 and 24-18. Bahrain saved one set point before a serve from Mohamed Abdulla hit the antenna, handing China the 25-19 win in the set. 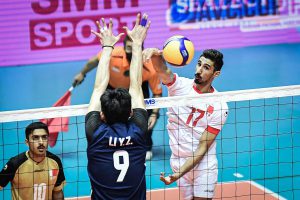 The fourth set was more thrilling when China badly needed to win the set for the match, but Bahrain were forced to play a must-win set to keep their hopes of fighting it out in tie-breaker alive. At 15-15, China regrouped and roared back to notch some points. As China were taking a two-point lead at 22-20, Zhang Jingjin handed the team the last three points through his spectacular attacks for the China’s eventual 25-22 win and match. 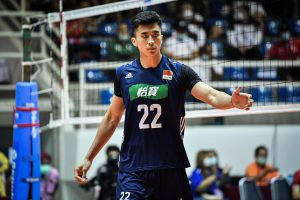