Clancy/Artacho had beaten Talita/Lima one month earlier in Xiamen pool play and the two teams faced each other again in the centre court quarterfinal match on Yakou Beach as the afternoon temperature rose.

Talita/Lima progressed through the qualification tournament in Jinjiang defeating USA’s Sara Hughes/Summer Ross along the way, but it was Clancy/Artacho that would again secure the victory, 2-1 (20-22, 21-19, 15-10).

“I thought it was a really good challenge, Talita and Taiana are a very experienced team, so we know that we had to play at a really high level. Unfortunately we couldn’t stick with that in the first set, but it was good that we stuck together as a team and found a way to get back to that level that we can play,” said Clancy. 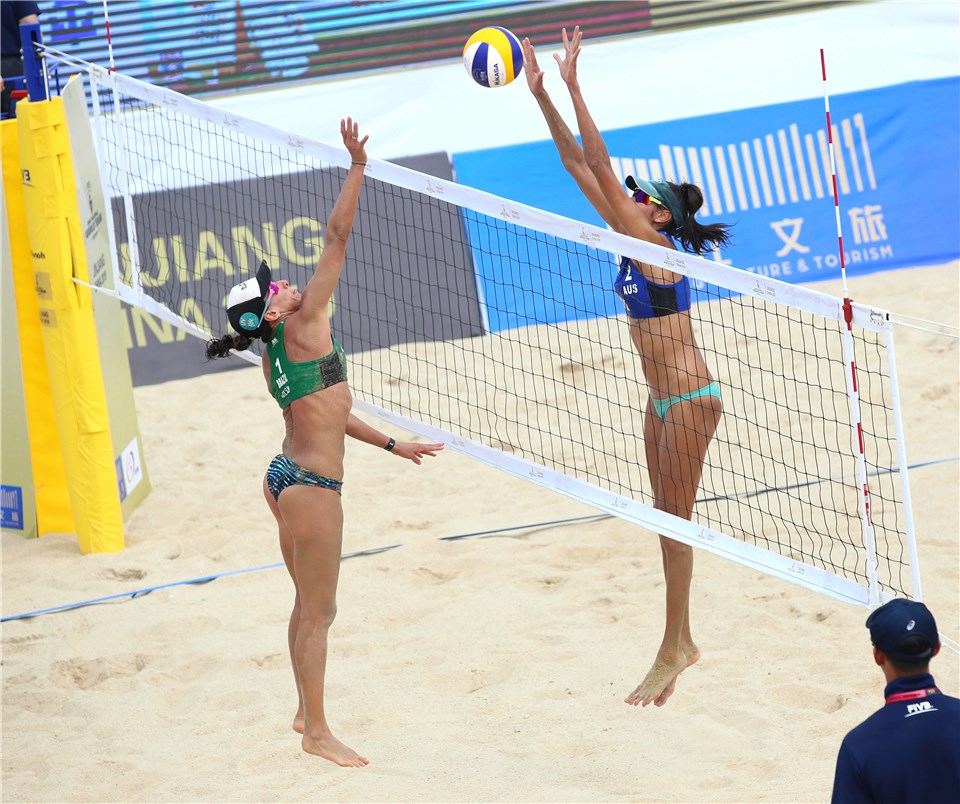 The semifinal for Clancy/Artacho is their third in a row in China in the past two months. They took bronze in Xiamen 4-Star and then won the Asian Continental Championship in Maoming. The Australian team will now face another Brazilian team, Ana Patricia Silva Ramos/Rebecca Cavalcanti Barbosa Silva in the Jinjiang semi.

“We’re really excited for tomorrow, obviously our aim is always to play on super Sunday, so we’re really keen to play,” said Artacho. 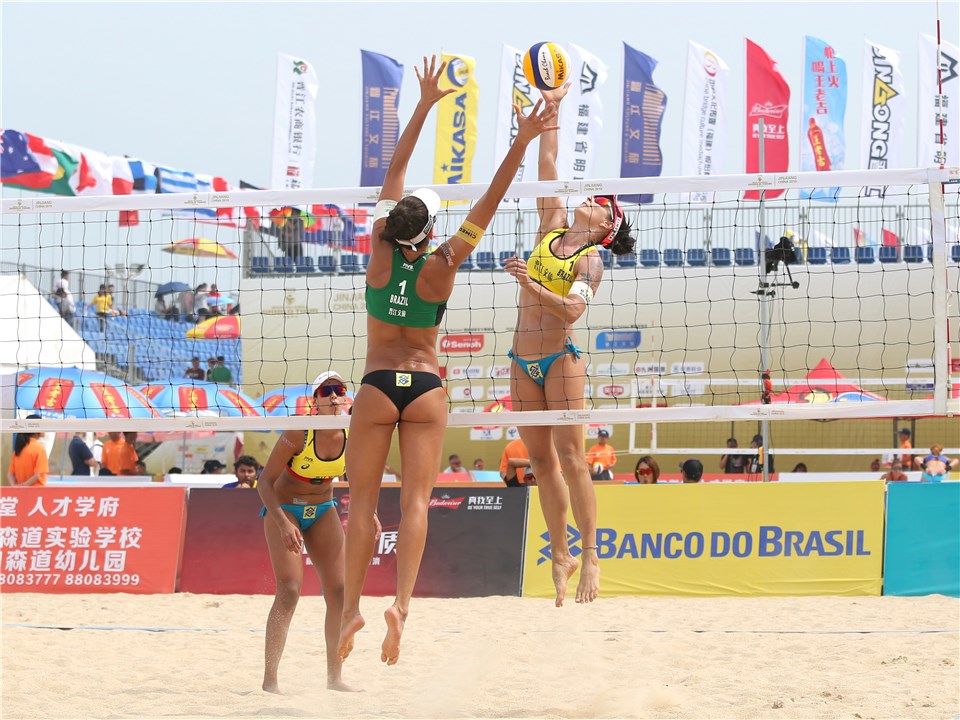 Agatha/Duda faced Maria Antonelli/Carolina Solberg Salgado in the quarters and Agatha/Duda remain undefeated against their compatriots. Agatha/Duda have won all three of their match-ups so far, first at the Hamburg World Tour Finals in 2018 (where they finally took gold), then at the 2018 Itapema semifinals and now in Jinjiang. 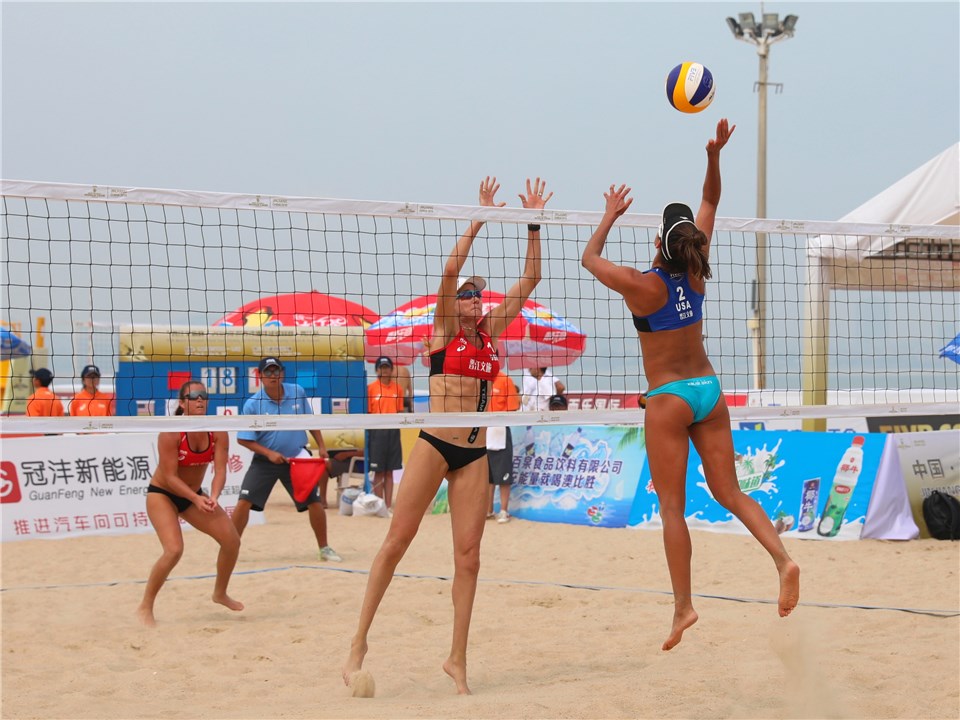 In the final 16 morning match, Sweat/Walsh Jennings found themselves up against Germany’s Laura Ludwig/Margareta Kovuch. The USA pair continue their form in Jinjiang taking the win 2-0 (21-15, 23-21), before meeting fellow Americans Kelly Claes/Sarah Sponcil.

Sweat/Walsh Jennings had beaten Claes/Sponcil in the country quota match one week earlier to enter the Itapema 4-Star last week and it was a similar result in China, 2-0 (21-13, 23-12).

Sweat/Walsh Jennings are yet to drop a set in Jinjiang and also beat semifinalists Clancy/Artacho in their pool match.

With neither of the semifinal match-ups having played each other previously, it will be an interesting final day in Jinjiang.

TOP SEEDS IKEDA AND SHIRATORI OFF TO GOOD START IN BORACAY 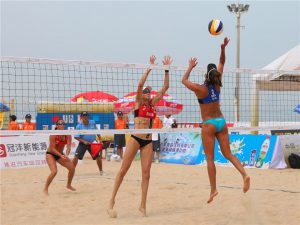 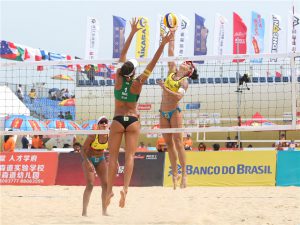 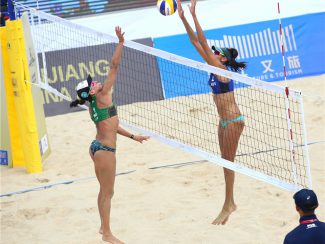 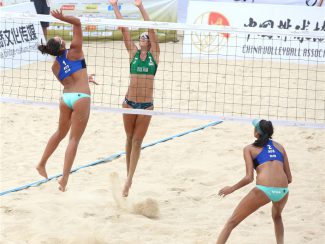