Nakhon Pathom, Thailand, June 23, 2022 – Coaches of teams participating in the “21st Princess Cup” 3rd AVC Women’s Volleyball Challenge Cup to be held at the 4,000-seater Nakhon Pathom Sports Centre Gymnasium from June 24 to 29, attended the preliminary inquiry and shortly after that stopped by for brief interview requests.

After completion of their respective turns of preliminary inquiry with Control Committee Members including Technical Delegate Mrs Feng Kun from China, Technical Sub Committee Mrs Marina Sui from Hong Kong, China, AVC Coordinator Mr Shanrit Wongprasert, himself AVC Executive Director, and Medical Delegate Dr Ruengsak Siriphol, himself Chairman of AVC Medical Committee, coaches from Malaysia, India, Uzbekistan, Singapore and Hong Kong, China had been invited to join the referee briefing in order that they can clearly understand the COVID-19 protocols which also included how to request for a Video Challenge. 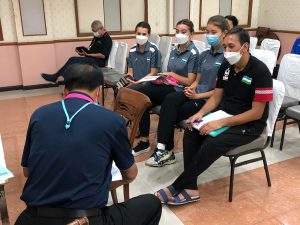 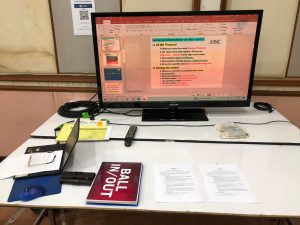 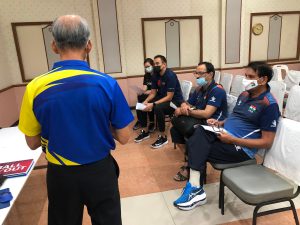 After that, coaches stopped by for short interviews with Press Delegate Mr Preechachan Wiriyanupappong, commenting about their teams’ preparation and expectation in the six-day tournament. “We are actually preparing our team from May 1 for the Asian Games, but after hosts China postponed the Games indefinitely and then the AVC Women’s Challenge Cup has been shifted from Hong Kong, China to Thailand, so we shifted our training plan from the Asian Games to this Challenge Cup. Our preparation is good and I’m optimistic and sure that we are going to win,” India head coach Chauhan Pritam Singh was quoted as saying. 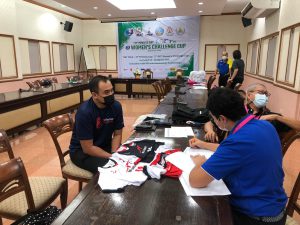 Singapore assistant coach Chia Min Chong commented, “We did not prepare as much as we like because of the COVID-19 pandemic and some players in our team. However, we tried our best in our training stint, making it 2-3 times a week after work. I hope that we can do well and it can also be more competitive here. I don’t have any placing expectation, but I do hope that my players can do their best for the competitive competition.” 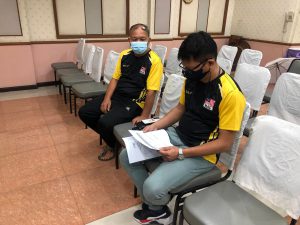 “After the SEA Games in Vietnam, we had rested for two weeks and then we continued our training until now. So, we have trained for around three weeks for this competition. The importance is we hope to rebuild the national team and I would like to thank Thailand for hosting this AVC Challenge Cup. At first, we have learned that the AVC Challenge Cup will take place in Hong Kong, China in September. We are happy that we can come to Thailand to compete in this tournament and we will try our best to beat 2-3 teams,” Malaysia head coach Liu Foo Yeon said. 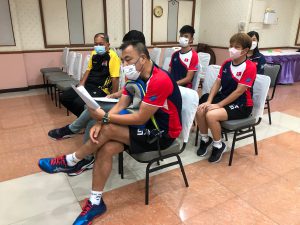 Mr Kwok Kin Chuen, head coach of Hong Kong, China, said that the COVID-19 preventive measures in the country is very strict and it made much of impact on his team’s training. “We could not train for a long time and due to the lack of training, our national team could not compete in international tournaments. As far as I’m concerned, our preparations are not enough. However, we will do our best in this tournament. I have to check my players’ performances during their matches, but I think they will have a chance. Since we have no enough time for training and no chance for competing for around two years, what we can expect here is that we will do our best. However, I also hope that we can learn tactics and techniques from the Thailand U20 team. This is our target. We just want to become stronger like Thailand.” 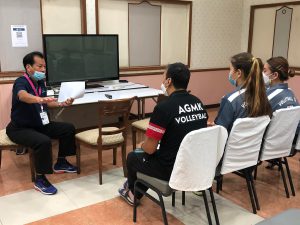 Uzbekistan head coach Gulnoza Khujakova said, “We are happy to compete in this tournament. Actually, we have just completed the 14th Asian Women’s U18 Championship here where we finished 8th. We will do our best in this AVC Challenge Cup. Also, I would like to express my sincere thanks to Thailand Volleyball Association and AVC to organise this tournament.”

AFTER THEORETICAL AND PRACTICAL TRAINING, REFEREES EXPECTED TO DO DUTY TO THE BEST OF THEIR ABILITY AT 3RD AVC WOMEN’S CHALLENGE CUPCAVA AWARDS ITS HIGHEST RECOGNITION TO FIVB PRESIDENT