Jiangmen, China, January 6, 2020 – The pre-match press conference of the AVC Men’s Tokyo Volleyball Qualification 2020 took place here in Wanda Realm Jiangmen Hotel on Monday, with head coaches and captains of all participating teams commenting on their preparation and expectation in this top-tier tournament. 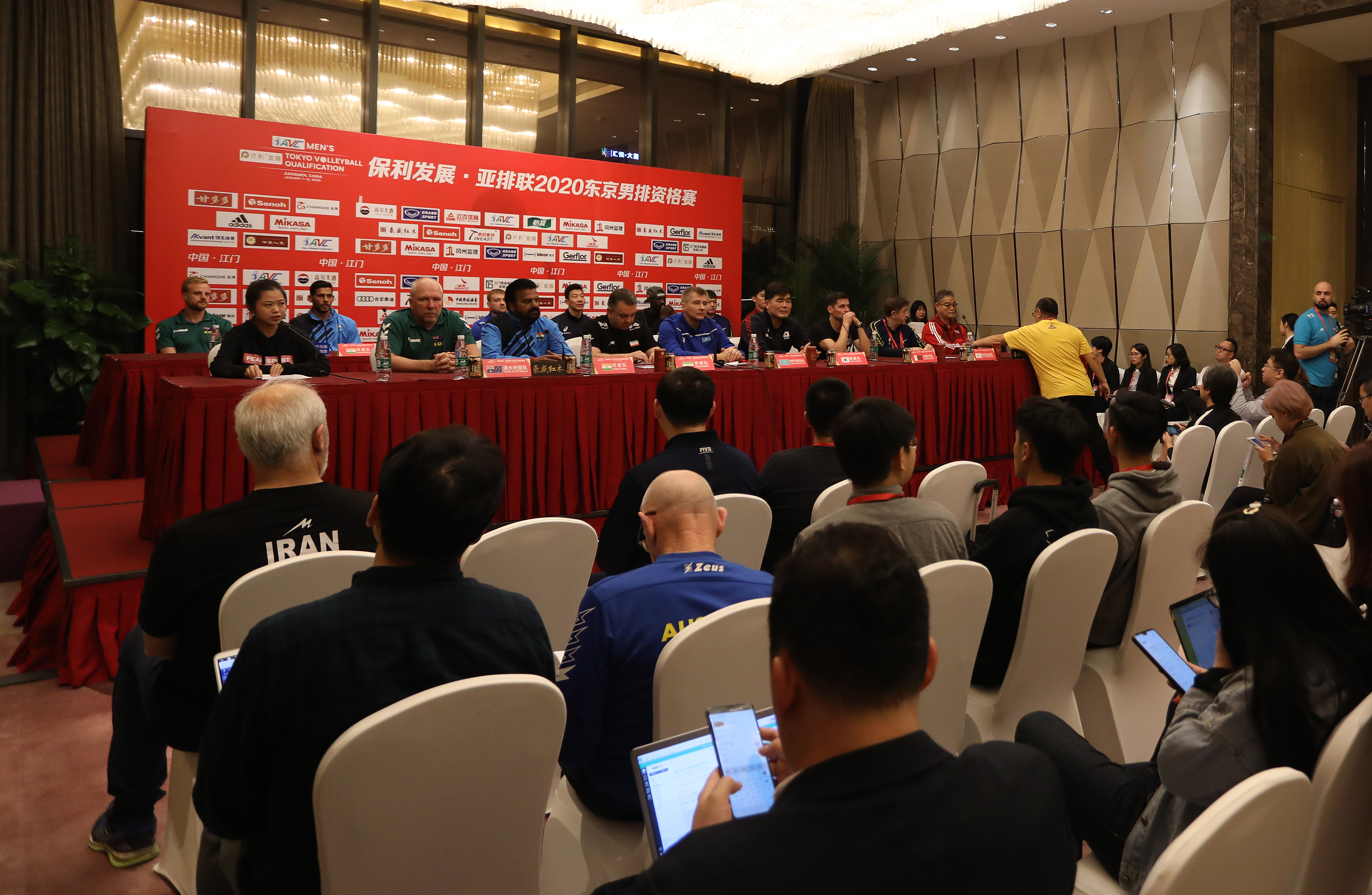 The eventual winning team from the tournament will represent Asia in the Tokyo 2020, joining the qualified teams comprising hosts Japan, Argentina, Brazil, Italy, Poland, Russia and USA. The remaining four winning teams from other Zones (Europe, South America, Norceca and Africa) will also join the fray in the 2020 Olympics.

Head coaches and team captains from Australia, India, Iran, Kazakhstan, Korea, Qatar, Chinese Taipei and hosts China were present at the Monday’s meeting which attracted more than 50 journalists from TVs and newspapers to hear the teams’ resolutions for the tournament.

Australia head coach Mark Lebedew: “We spent last week training together, but actually our preparation for the Olympics began from 2017. Over the past three years, we have been working towards some unique Australian identity. We’ve also gained some successes. This week we can see how far we can go because we would really like to go to Tokyo in August.” 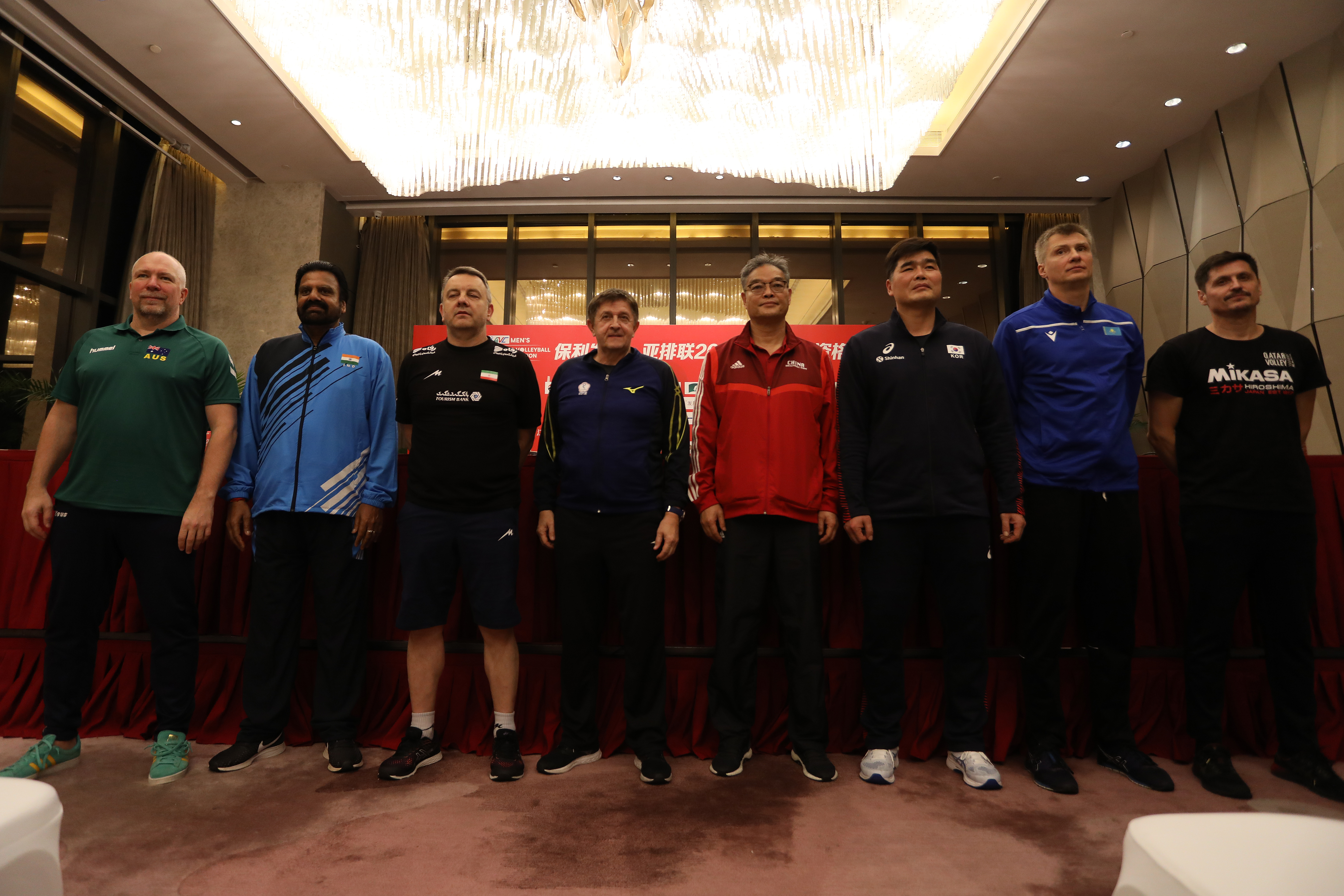 Australia captain Harrison Peacock: “We had short preparation for the qualifiers as a lot of our players were playing international games recently. We are very excited about the coming competition.”

India head coach G.E. Sridharan: “ We’ve spent one month practicing before coming here. We will play our best and give good performance.”

India captain Vinit Kumar: “I am happy with the chance to take part in this competition.”

Iran head coach Igor Kolakovic: “Since all the teams are so eager to win the ticket to the Olympics, I am sure it’s going to be a big fight. As our captain said, we’ve encountered some problems during our preparation, but I hope this difficulty can make us stronger.”

Iran captain Mir Saeid Marouflankrani: “We had some problems during preparation but we still feel strong. Since there is no more other chance for Olympic ticket, this time, I hope we can make it.”

Kazakhstan head coach Igor Nikolchenko: “As a young team, we are going to face three matches in the following three days. We are glad to learn from our opponents.”

Kazakhstan captain Alexandr Stolnikov: “We are coming here as a young team, but we will try our best to overcome the difficulties.”

Korea head coach Im Dohun: “For the past two weeks, we’ve been training intensively. We are looking forward to claiming the qualification ticket.”

Korea captain Shin Yungsuk: “We will do our utmost for the coming matches, hoping we can get the final qualification ticket in Asia.” 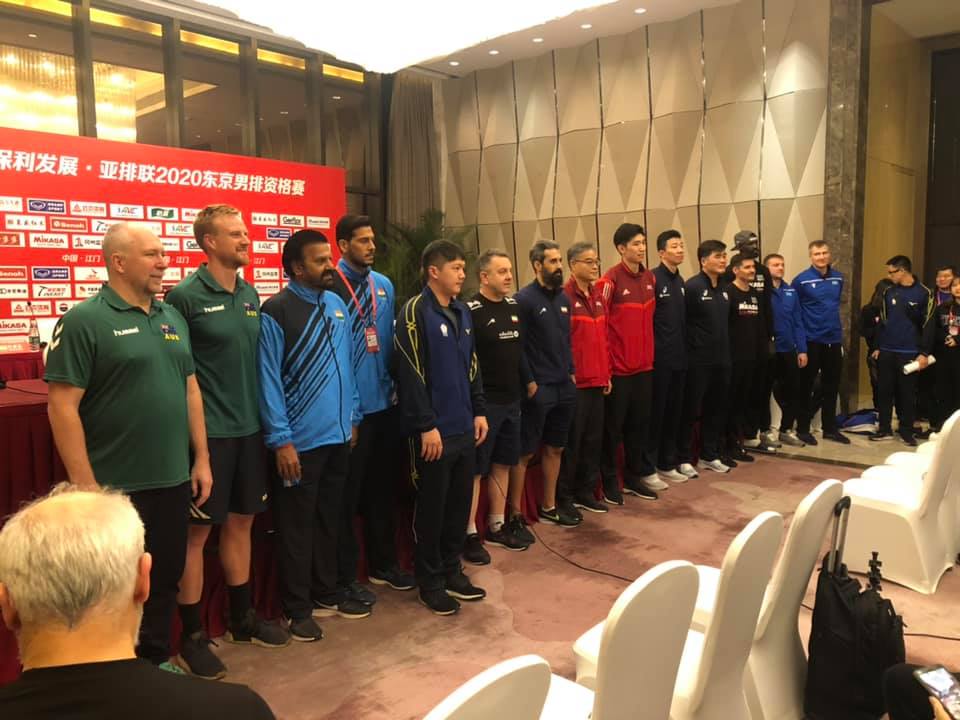 Qatar head coach Camilo Andres Soto: “Our president expected us to gain more experience in international competitions. It’s very nice to be in this Asian tournament. It might be hard though we will try to do our best in limited time.”

Qatar captain Ibrahim: “ In order to guarantee every player in high moral and level, we have played some friendship games with some local teams and we are ready to take our chance to go to further big step.”

Chinese Taipei head coach Moro Branislav: “Happy to compete in this tournament. China is a new team with the legend coach of Chinese volleyball and team Kazakhstan also plays good volleyball traditionally. It would be a big surprise for us if we can make it. If not, it’s still ok as we would have conducted a brilliant fight.”

Chinese Taipei captain Dai Ruqian: “ I am happy to compete in the qualifier and we are quite confident about it.”

China head coach Shen Fulin: “Firstly, I’d like to say that team China is ready for the competition. Secondly, we will do our utmost to fight for every match.”

China captain Jiang Chuan: “To make full preparation for the qualifier, we finally selected 14 players from 19 in our previous team roaster. We have conducted a camping  training for three months, as well as five friendship matches. All of our rivals are so strong enough for us that we shall never let down guard. But we will just stay cool to face every match.” 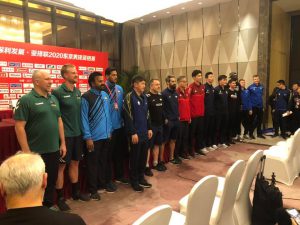 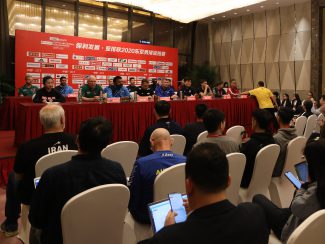 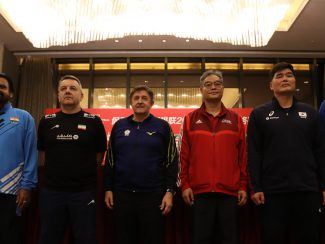 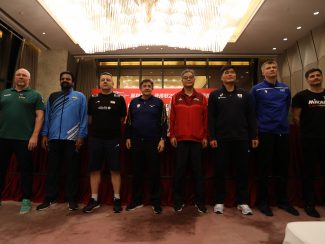 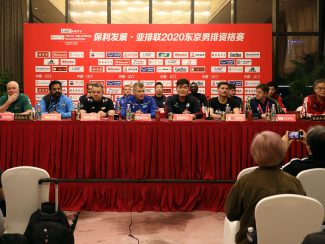