DESPITE GALLANT FIGHT, DETERMINED VOLLEYROOS GO DOWN TO ITALY

Australia, chasing dreams of winning their first win at 2021 VNL, gave it all-out in their tough clash against Italy but found the host side too strong to go down in thrilling three-setter in the 2021 FIVB Men’s Volleyball Nations League in Rimini, Italy on Friday. 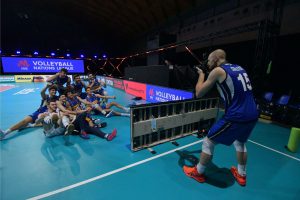 The Volleyroos, silver medallists at the 2019 Asian Championship, lost to Italy in straight sets 20-25, 22-25, 14-25 in 91 minutes to succumb to their consecutive nine losses in the top-flight competition. 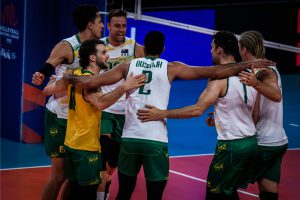 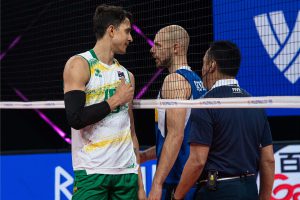 Australian Nehemiah Mote said at the virtual Mixed Zone: “I think two days ago we were very close to gain the first win against Japan. It’s been a tough VNL, guys are putting everything on the court, everything they have, but we haven’t borne the fruits of our efforts. This game was really disappointing. We came in confident, but we lost. 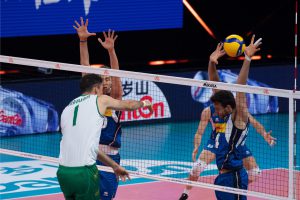 “The positives we can take out of it is that we do have other opportunities, we can get back to enjoying volleyball, look for what we have to do. In the third set we started to be more energetic, but we need to start with the same energy. We cannot have patches of energy, we need to have some sort of level and try our best to keep up this level during the entire game,” he added. 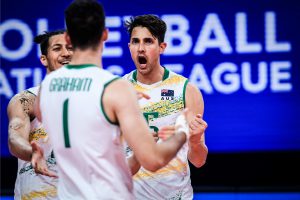 Despite the loss, Australia’s head coach Marcos Miranda was impressed with the young team’s spirit and said the team will look ahead to their next block of matches. 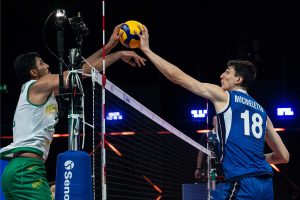 “We were very confident going into this match, however the Italian team had a very strong blocking game and we were not able to break their offensive system which was the point of imbalance of the game.

“Our young players showed a lot of spirit today in their first VNL tournament, which is a positive to take away from the game today.

“We will keep trying to do our best, and will rest and recover our players for the next upcoming block of matches against Iran, Slovenia and Brazil” 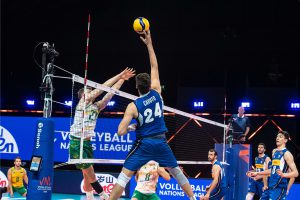 Riccardo Sbertoli of Italy said: “We are very happy about this victory and I’m super proud of this team, because our goal was to win two of these three matches – maybe three of three, but yesterday we lost against Japan, but 3-2 and it was a very good game. Today we wanted to win, because we struggled with many problems at the beginning of the tournament and now we are improving our level game by game. I think our attack was a fundamental element today. We spiked very well in the middle and on the wings too and it was key to our victory.”