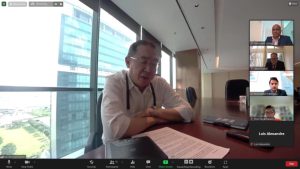 AVC President Mrs Rita Subowo presided over the meeting to deliver a welcome speech to all participants. 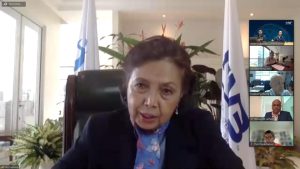 “On behalf of Asian Volleyball Confederation, I would like to welcome all the Development and Marketing Committee Members to this meeting. I hope that everyone stays healthy and safe and then we can do our best for developing and promoting our volleyball and beach volleyball, our beloved sports. I also hope that all the Members will work closely together with us and AVC to exchange the ideas to develop and promote our sport. I know that we are still in the middle of the COVID-19 pandemic and AVC Zonal Associations still have planned to organise development courses in several countries even though in this condition as well as marketing plan which is one of the most important factors in development,” Mrs Rita was quoted as saying. 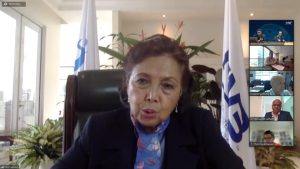 “Therefore, your opinion, recommendations, proposals and kind cooperation will be needed for the best success of all courses and activities in Asia. We have good cooperation with FIVB and through FIVB to help and support us to be able to support our national teams and national players with the sponsors and join together to organise the competitions. We are still in progress for recommendation and negotiation between AVC and Volleyball World. With their new technology I saw the presentation in the FIVB Volleyball Council Meeting, it’s very interesting as the new ideas came up at the court. You can have communications between fans and their favourite players. In the future, we have to protect our sport because new generations are very smart. They can choose any kind of sport they are going to fit in. With this new idea and new technology, we can move forward in volleyball, not only as a sport, but also with attraction. We will always start our beach volleyball with music and entertainment and hope we can start in the near future our indoor volleyball with new technology,” she added. AVC DMC Chairman Mr Heyzer also gave a speech to all participants. He first apologised to all Members that the meeting was held online due to the ongoing COVID-19 pandemic and praised all staff at the AVC Headquarters for their hard work during the outbreak which has forced AVC to cancel several events and activities despite the fact that development is still going on.

He informed the Meeting of the Projects Platform and Volleyball Empowerment Project from AVC’s affiliated National Federations approved by FIVB as well as development plans in the near future. After that, Committee Secretary Mr Seong Keehak reported on AVC Development Activities in 2021. A positive comment on coaching courses in Oceania was raised by Mr Hugh, while Ms Song Yue informed that no activity had been held last year in China, but due to the kind support of AVC, which organised important FIVB Level-1 and Level-2 Coaches Courses at FIVB Development Centre in Thailand, around 30 Chinese coaches joined the online courses and if the COVID-19 pandemic still affects the international travelling, she suggested that AVC, with the cooperation from Coaches and Referees Committees, hold online courses in order that more participants can join such a development activity. 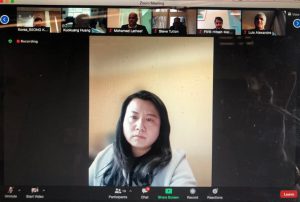 Regarding the Application-based support, there are three types of support available comprising Coach Support for the development of national teams, Volleyball equipment support and Acknowledge transfer program, formerly known as “coach the coaches.” After that, Mr Steve and Mr Hitesh gave a clear-cut presentation on the Volleyball Empowerment Project and the 2021 Development Projects, which made things clear that FIVB Technical and Development Department is committed to working closely with the IOC Olympic Solidarity team and encourages National Federations to build partnership with respective National Olympic Committee and Continental Association. AVC President Mrs Rita expressed her satisfaction over the FIVB Development Project and a positive effect on AVC affiliated National Federations. She asked the AVC DMC and AVC Headquarters to inform Federations on this useful project in order that they can submit their applications in time.

“FIVB has a lot of good projects. The AVC DMC and AVC Headquarters should cooperate well to spread this beautiful and important project from FIVB to our members, AVC affiliated National Federations, because this is very important for them and we should keep them updated even on AVC website or paperwork,” she said. 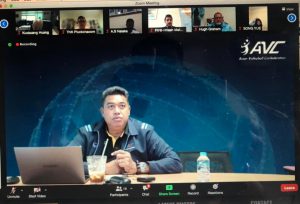 The AVC Development Plan for 2022 and the Euro-Asia Coaches Cooperation Project were the last two key topics raised for further consideration and discussion. 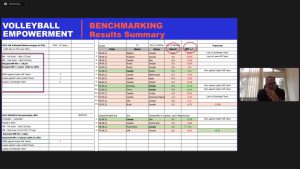