Played in a 4×4 format, the 2019 World Beach Games were held at the Al Gharafa Beach Courts

A frequent stop for international beach volleyball in the last decade, Doha is set to stage the third Challenge tournament in the Volleyball World Beach Pro Tour’s inaugural season from May 5-8.

One of the leading financial centres in the Middle East, and one of the fastest-developing cities in the world, the Qatari capital will welcome the Beach Pro Tour’s Challenge tournaments to a third continent after Mexico held an event in Tlaxcala and Brazil in Itapema.

· All the matches of the Doha Challenge will be available to watch live or on demand on Volleyball TV https://www.volleyballworld.tv/login?from=%2Fsection%2FBVBProTour

International beach volleyball was first played in Doha in 2014, when the city hosted the penultimate men’s event on the FIVB World Tour calendar. Beach volleyball returned to the Qatari capital another eight times in the next seven years, with two events held in the 2020 and 2021 seasons.

The most recent tournament in March 2021 featured both men’s and women’s team. 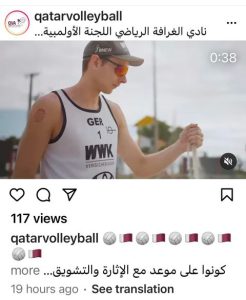 Doha has also hosted other international tournaments like the FIVB-sanctioned beach volleyball event at the ANOC World Beach Games and the Finals of the 2021 King of the Court series earlier this year.

In 2022, the tournament will move back to the Beach Courts at Al Gharafa, which hosted a World Tour event in 2016 and the World Beach Games. Between 2018 and 2021, the competition took place at the Katara Cultural Village. 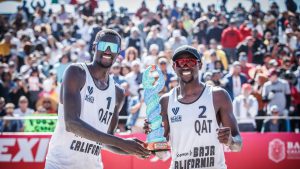 Besides hosting international events, Doha has also played a central role in Qatar’s development and rise on the beach volleyball scene. The city became the base for the programme created by the country’s Olympic Committee and Volleyball Association in 2012 that helped Cherif Younousse and Ahmed Tijan reach the top of the FIVB World Rankings and win a bronze medal at the Tokyo Olympics.

The Doha Challenge will feature 48 men’s teams and 45 women’s duos from 28 different countries. The event begins on Thursday with the qualifier and continues on Friday with the start of the main draw. The medal winners in Qatar will be known on Sunday. 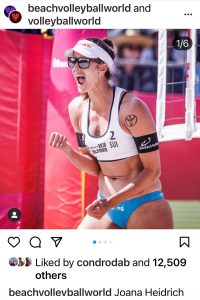