Dressler and Huber turned in a solid performance at the round of 16 and the quarterfinals after a slow start in pool play, beating compatriots Felix Friedl and Simon Fruhbauher 2-0 (21-11, 21-15) and the Czech Republic’s Jan Dumek and Vaclav Bercik 2-0 (21-16, 22-20), respectively. 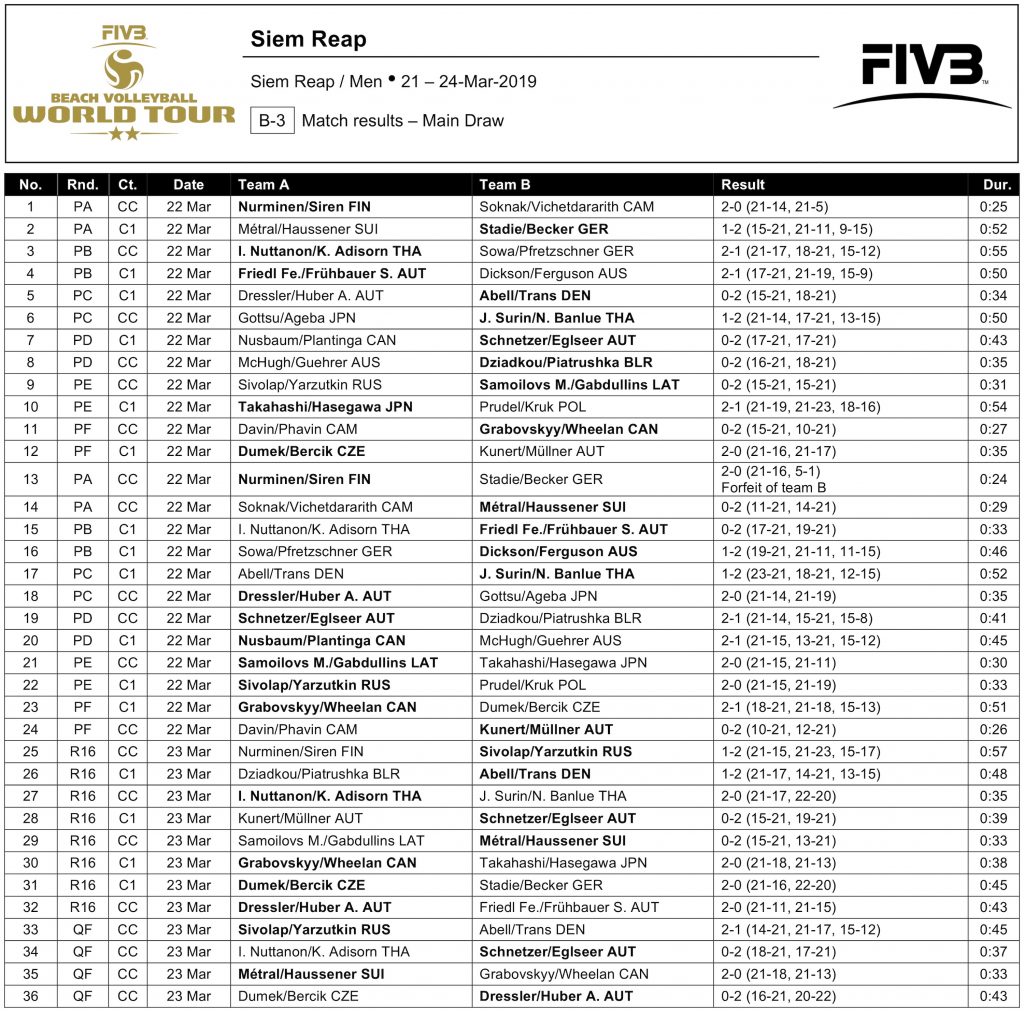 Another Austrian pair reached the semi-finals as Florian Schnetzer and Peter Eglseer also recorded two straight-set wins, including their 2-0 (21-18, 21-17) win that eliminated second seeds Nuttanon Inkiew and Adison Khaolumtarn in the quarterfinals.

Russia’s Maxim Sivolap and Artem Yartzutkin prevailed in two tiebreakers to claim their final four spot. They rallied from a set down to stun top seeds Jyrki Nurminen and Santeri Siren of Finland 2-1 (15-21, 23-21, 17-15) before another second set revival against Denmark’s Kristoffer Abell and Martin Trans Hansen 2-1 (14-21, 21-17, 15-12).

Sivolap and Yarzutkin will face Schnetzer and Eglseer in the first semi-final at 10.00 local time, then Metral and Haussener will meet Dressler and Huber at 10.50. The bronze medal match is scheduled at 16.00 and the gold medal match will be played at 17.00.