Supreme, defending and consecutive two-time Asian Club champions, will represent Thailand to compete at the 2019 Asian Women’s Club Volleyball Championship to be held in Tianjin, China between April 27 to May 5, 2019. There, a total of 11 teams will vie for the top honour, with Supreme taking on Japan, Vietnam, DPR Korea, Sri Lanka and Turkmenistan in Pool B, while hosts China are in Pool A with Kazakhstan, Iran, Hong Kong China and Chinese Taipei.

The Thai-Denmark Super League is Thailand’s annual volleyball competition which attracts top six teams apiece in the Men’a and Women’s Volleyball Thailand League to compete in an action-packed five-day tournament, fighting for the title in each gender and cash prizes at stake.

Nakhon Ratchasima sought their unprecedented title in the Super League this time but failed in an effort of fulfilling their dream as Supreme played exceptionally well.

“It’s a very close match. We did our best and our rivals also did the same. Fortunately, we made less mistakes and that’s what counts for our crucial win. I’m very glad that my team made it three times in a row. In fact, I admit that it’s not easy to defend our title in the Super League. Some players in my team got injured, while a few players had just returned from playing overseas leagues, resulting in a short time we had trained together as a full team,” said Supreme’s Wilavan after the final match against Nakhon Ratchasima.

“We won the opening set and that boosted my players’ confidence. I think we served well in this match. Manganang also proved that she is our force to be reckoned with. Nakhon Ratchasima performed well up to their standard, but their key player Basa got an injury and then we could play more comfortably against them,” Supreme’s head coach Nattapon Srisamutnark said.

To win the 2017 and 2018 editions of the Super League, Supreme had beaten Bangkok Glass VC twice in the final showdowns. Supreme represented Thailand at the Asian Women’s Club Volleyball Championship in Kazakhstan for bother occasions, beating Japan’s Hisamitsu Springs 3-1 and Japan’s NEC Red Rockets 3-2 in the 2017 and 2018 final showdown respectively to capture the Asian Club titles. 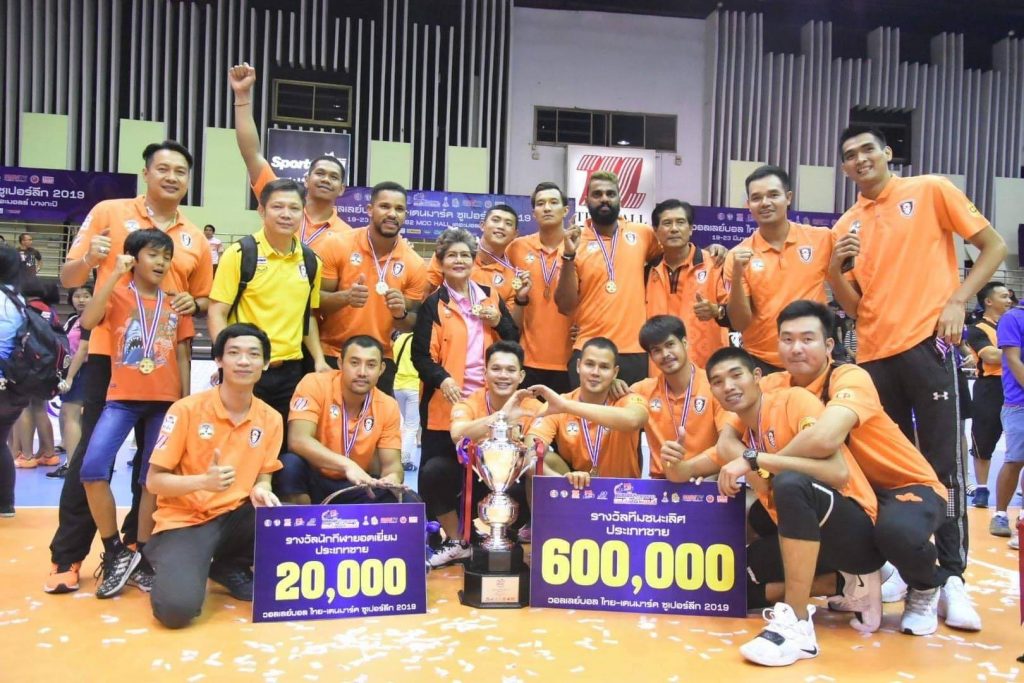 For Nakhon Ratchasima, the victory was a sweet revenge for their 2-3 loss to the same rivals at the pool round-robin preliminaries earlier.

Nakhon Ratchasima, which lost their Men’s Thailand League title after going down 1-3 to Air Force VC in the semi-finals, had already claimed their Super League title twice in 2016 and 2017. Last year, Nakhon Ratchasima took part in the 2018 Asian Men’s Club Volleyball Championship in Myanmar, where they returned with the sixth place.

Air Force VC will represent Thailand at the 2019 Asian Men’s Club Volleyball Championship due to take place in Taipei, Chinese Taipei from April 18 to 26, 2019. There, Air Force VC will compete in Pool C together with Kazakhstan, Qatar and India.