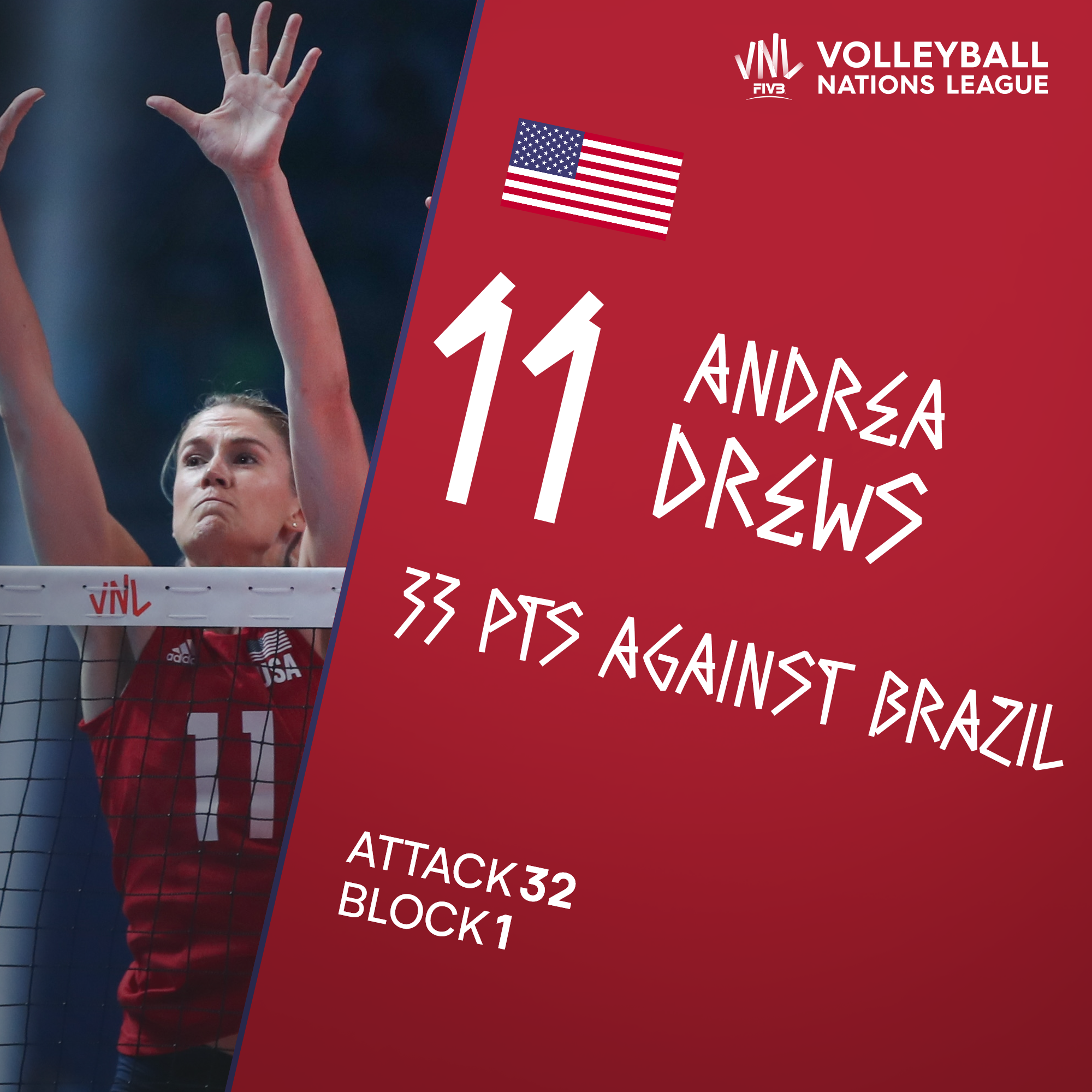 The 25-year-old becomes the second American to make the list of players who have scored 30 points or more in a VNL match.

It was the second 30+ scoring performance of the day, after Turkey’s Ebrar Karakurt brought in 31 points in her side’s defeat to China in four sets in the bronze medal match. 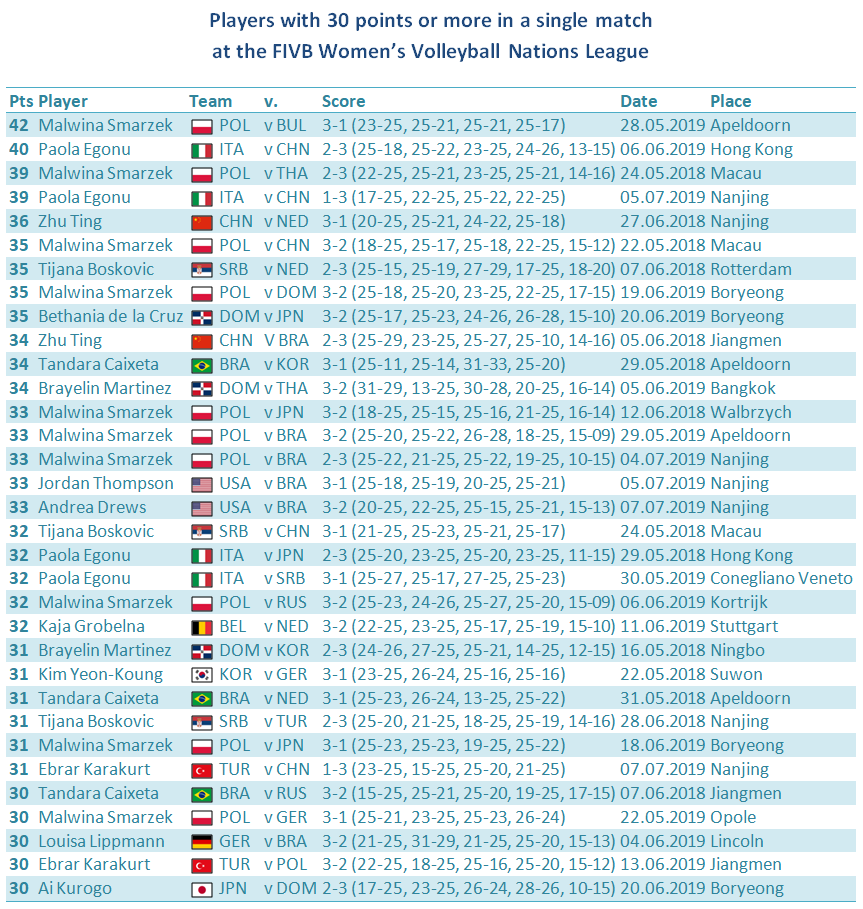