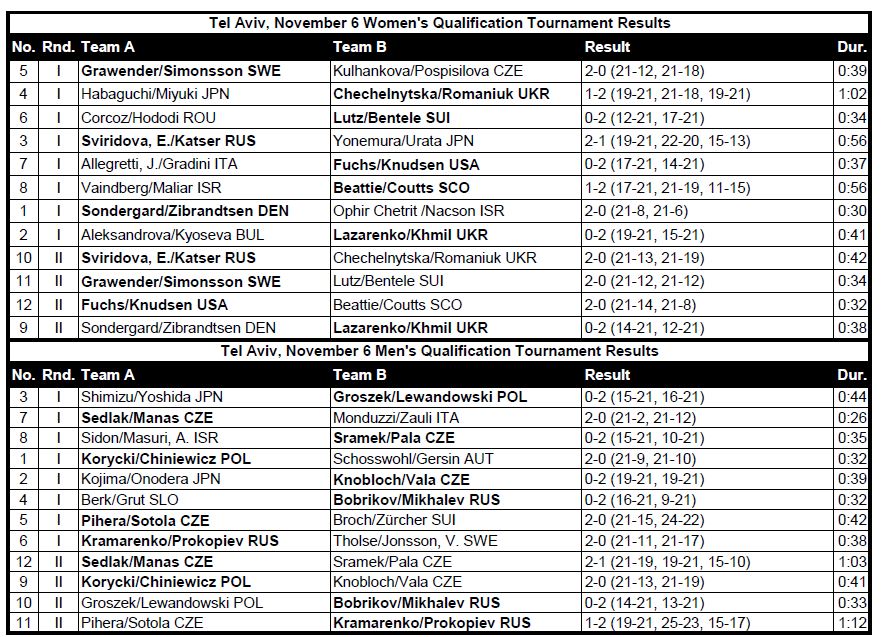 Two men’s and one women’s team from Russia secured main draw berths Wednesday along with tandems for the Czech Republic, Poland, Sweden, the Ukraine and the United States. Thursday’s Tel Aviv schedule features pool play matches for both genders followed by the elimination rounds Friday and the medal matches Saturday.

Third-seeded Nina Grawender/Sigrid Simonsson of Sweden, fifth-seeded Ekaterina Katser/Elena Sviridova of Russia and eighth-seeded Anhelina Khmil/Tetiana Lazarenko of the Ukraine also advanced to the women’s main draw.  Both Ukrainian players are competing in a FIVB World Tour event for the first-time.