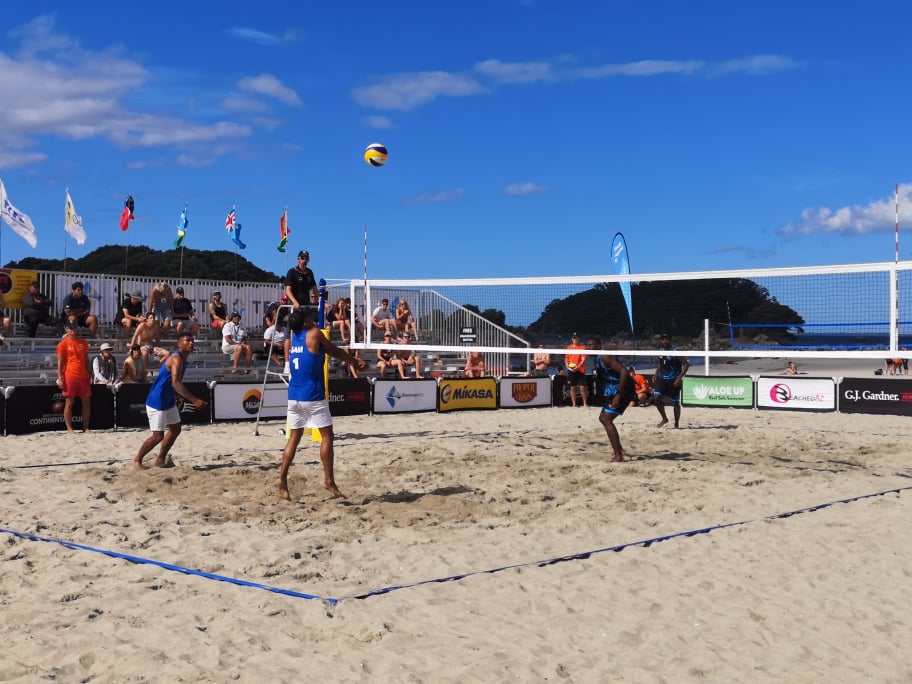 Fiji will play host New Zealand in the second of two men’s matches Wednesday at 1:20 p.m. (local time) with Australia being challenged by Tuvalu at 10 a.m. in the first men’s semi-final where the winning two countries are guaranteed a spot in the Asian Continental Cup finals scheduled for late June in China.

Wednesday’s women’s semi-finals have Vanuatu playing the Solomon Islands at 11:40 a.m. followed by host New Zealand meeting Fiji as the winning nations will also advance to the Asian Continental Cup finals in China. 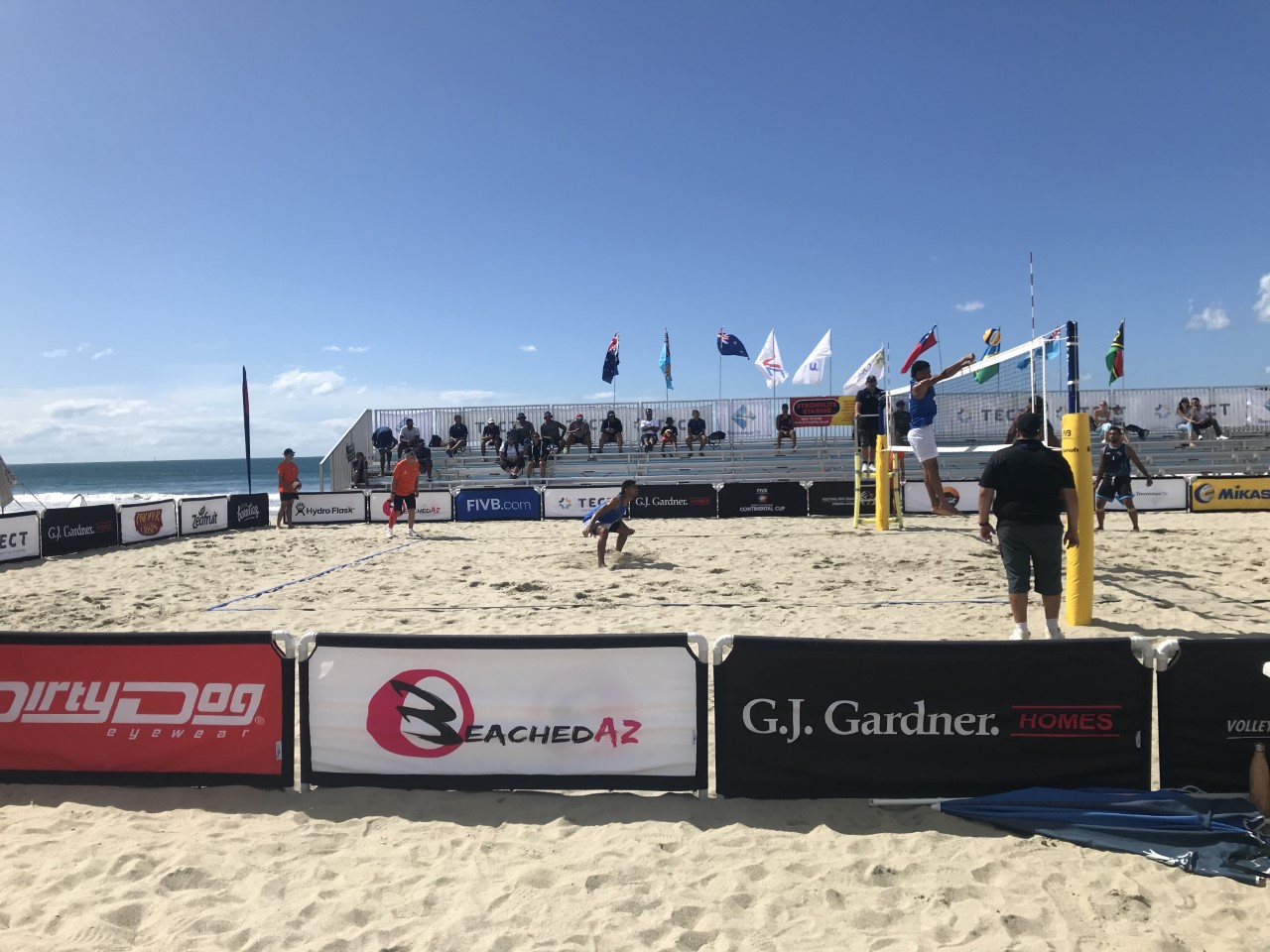 Sovala and Falestasi had opportunities to force a third match in the confrontation as the pair had a 16-15 lead in the second set before losing 21-16.  In the third-and-deciding set, Serevi and Rokomurimuri, jumped to an 8-2 lead before the Samoans rallied to trail 11-9.  The Fiji pair closed out the win by scoring six of the last seven points of the match. 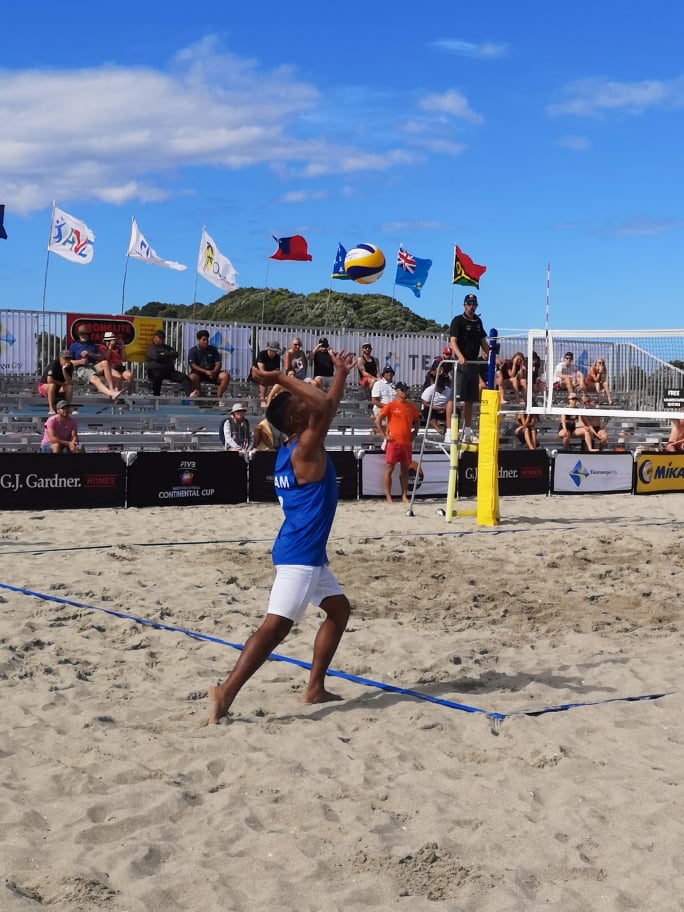 “We settled down in the second set and adjusted to the wind and the sand,” said 6-foot 5 (195 cm) Rokomurimuri, who had at least eight blocks in the match.  “Credit the Samoans for battling to the end.  The scoring runs at the end of the second and third sets were the key.”

The Oceania Continental Cup action ends Thursday with the medal matches starting with the women at 9 a.m. and the men in the afternoon with the first serve at 1 p.m. 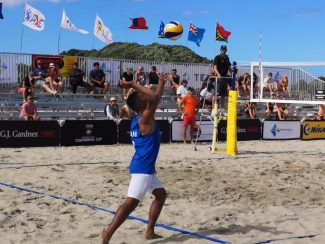 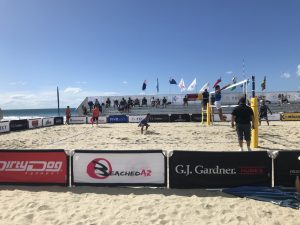 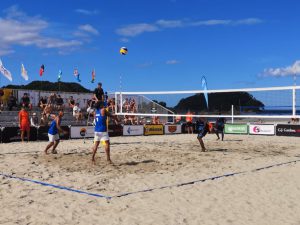 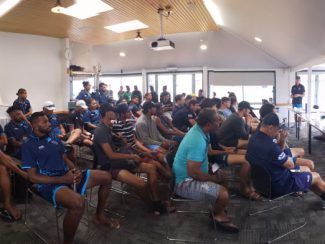 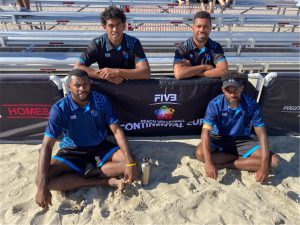