The FIVB and Volleyball World delegation recently concluded its inspection visits to all 10 host cities of the FIVB Volleyball Men’s World Championship 2022 where significant progress has been made in preparation to host a world-class event.

The inspection was focused on the venues and hotels for the World Championship, which Russia was selected to host in 2018, and all ten cities were divided across three visits. The first of which was a visit to Moscow, St Petersburg, Yaroslavl and Kaliningrad by a delegation led by FIVB General Director Fabio Azevedo. Following this, FIVB Head of Technical and Development Steve Tutton led two separate visits, first to Novosibirsk, Krasnoyarsk and Kemerovo, and then to Yekaterinburg, Ufa and Kazan. 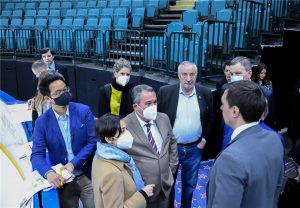 During the various visits, the FIVB and Volleyball World delegation was joined by the General Director of the ANO Organising Committee Volleyball 2022 (OC), Roman Stanislavov, in addition to other OC representatives responsible for key areas such as event operations.

The FIVB and Volleyball World are now preparing reports for the OC which include detailed recommendations for each host city. 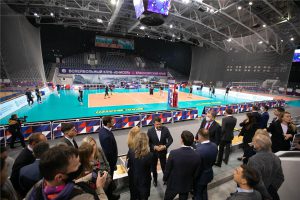 Venue in Krasnoyarsk, Siberia inspected by the FIVB and Volleyball World teams

“It was a pleasure to visit the various host cities which all have a strong volleyball tradition. These inspection visits are critical to ensuring that we can provide accurate and useful feedback to every single host city. Based on what we have seen, it is evident that each host city is progressing very well with its preparations and I have no doubt that by following our feedback next year’s event will be the best in the history of our sport.” 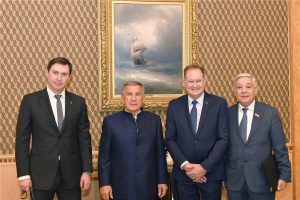 “We have been impressed with the overall level of the preparations of the cities and their commitment to hosting a world-class event next year. The FIVB will now work on finalising the reports for each host city, together with our recommendations on what needs to be improved to ensure a fantastic event. All the cities have confirmed that the necessary changes will be implemented in time for the event. As such, in the coming months, the FIVB will be able to confirm all the venues and hotels that will be hosting our event.” 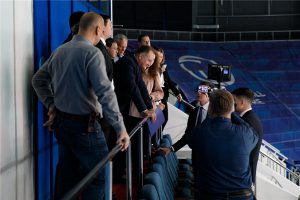 The FIVB Volleyball Men’s World Championship will feature 24 of the world’s best teams and will be staged from 26 August to 11 September 2022 across various host cities in Russia. The pools for the first phase of the flagship competition were recently decided during an electrifying Drawing of Lots Ceremony  https://www.fivb.com/en/about/news/all-set-for-greatest-volleyball-show-on?id=96292 in Moscow where teams found out in which of the six pools and ten host cities they will start their World Championship journeys.