The FIVB has confirmed the six teams per gender which are set to participate in this year’s FIVB Volleyball Men’s and Women’s Club World Championships which will take place in Betim, Brazil from 7 to 11 December 2021 and Ankara, Turkey on 15-19 December respectively.

Six men’s and women’s volleyball clubs are set to compete at the prestigious events in the hope of being crowned the top club teams in the world.

The six-team line-up for the women’s event includes: 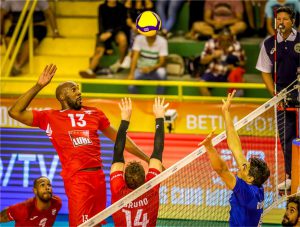 Meanwhile, the six confirmed teams for the men’s edition are as follows:

The Polish club Grupa Azoty ZAKSA Kędzierzyn-Koźle, originally qualified for the event as 2020-2021 CEV Champions League winners, was unable to confirm their participation due to the challenges posed by COVID-19.