FOCUS ON TOKYO 2020 AS LAST TICKETS IN SIGHT

Lausanne, Switzerland, December 12, 2019 – As focus now shifts back from club action to national teams, 31 men’s squads are all lined up to make the final push for the Tokyo 2020 Olympic Games, through the last qualification process in the very first week of the new year.

Five tickets, one for each of the FIVB Continental Confederations, are up for grabs, starting on January 5 for the men, to complete the 12-team roster of Tokyo 2020.

One team from each of these tournaments will advance to Tokyo 2020, joining Brazil, USA, Italy, Poland, Russia and Argentina, who qualified last August through an intercontinental process. Japan secured their spot by default as hosts of the competition. 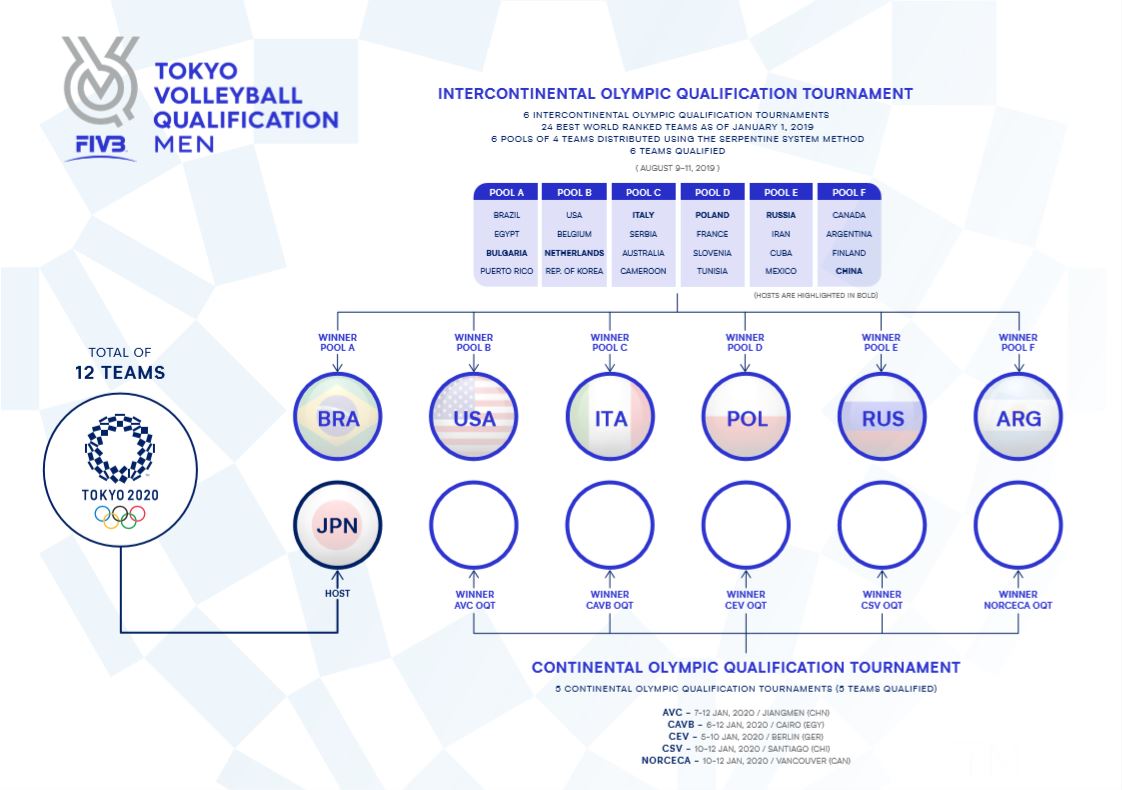 Volleyball returns to Tokyo 56 years after entering the Olympic Programme in the very same city, last time the Japanese capital hosted the Olympic Games in 1964, when USSR won the very first men’s gold, joined on the podium by Czechoslovakia and Japan.

Two former Olympic gold medallists are still vying for a spot at Tokyo 2020 – and only one will make it through, as both are from Europe.

Alongside them in the German capital will be the Czech Republic, who as Czechoslovakia picked up the silver medal at Tokyo 1964 and the bronze at Mexico City 1968, as well as Bulgaria, the Moscow 1980 runners-up.

The hosts of the European qualifiers have also featured on the podium themselves, as East Germany in Munich 1972, winning the silver medal.

Outside of Europe, Cuba, bronze medallists in Montreal 1976, are after the spot allocated to North & Central America and the Caribbean (NORCECA). 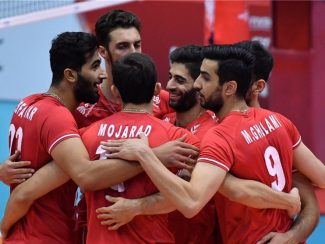 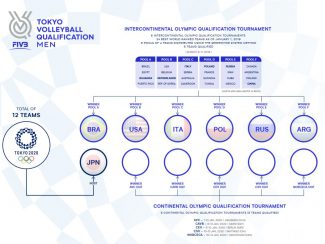