Beijing, China, January 6, 2022 – Having an Olympic gold medal and a World Cup gold medal under her belt, Chinese international spiker Gong Xiangyu vowed to be her better self.

“I love volleyball. I enjoy the feeling of concentrating and devoting myself to volleyball during the training and games,” Gong told Xinhua in a recent interview. 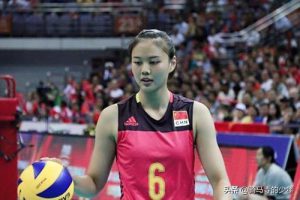 “There was a time when I was confused (following China’s early exit from the 2020 Tokyo Games), but I figured it out. Now I cherish what I have and I believe in the future,” she said. “I will always be respectful to the sport of volleyball, trying to be my better self and make more contribution to the national team.”

Gong was a lucky bird. At the age of 19, she was selected by Jenny Lang Ping as an opposing player to the Chinese women’s national team and became an Olympic champion in her Olympic debut at Rio de Janeiro in 2016.

“It was really challenging. I was so young and inexperienced,” Gong recalled. “Our team was struggling in the preliminary stage and I wasn’t playing very well. I was wondering whether the coach made a bad decision by picking me up.”

Fortunately, Lang Ping had full faith in Gong and always encouraged her and the trust finally paid off as Gong recovered from the slow start to play better in the knockout stage to help China claim their third Olympic title.

“The experience in Rio was very precious. I had the chance to see how the most competitive and cruel volleyball competitions in the world were going,” said Gong. “It took me quite a long time to fully understand what was happening and learn from it. I was lucky because the coaches and teammates were always ready to help me and give me advice. I had a tough time in Rio, but I also benefited a lot from it.”

In the 2020 Tokyo Olympic cycle, Gong emerged as the regular starting opposite of the national team and won the gold medal at the World Cup 2019 and the bronze medal at the World Championships in 2018 with China. However, the traditional powerhouse led by Lang Ping received a big blow at last year’s Tokyo Games where they failed to make the knockout stage with a lackluster 2-3 record in the preliminaries.

At the end of the last pool match against Argentina, Gong and her teammates stood in a circle to bow to their head coach, who had decided to step down after the nine-year spell, to express their gratitude to her and say goodbye.

“It was emotional. My mind was full of past memories and images,” Gong recalled. “She has always been there with us when we need her. I was so grateful to her and I really didn’t want her to leave.” 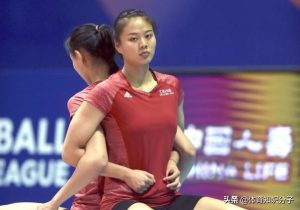 After the Olympic Games, Gong returned to her local club and helped Jiangsu win the silver medal at the Chinese National Games in September. Then the 25-year-old was named captain of the Jiangsu side before the start of the 2021-2022 season Chinese women’s volleyball league as her national and club teammate Zhang Changning withdrew with injuries.

“When I was a young player in the team, the older teammates helped me a lot. Now I have more experience and a lot of young players are coming into the team, it’s my time to help them. I would like to share my experience with them,” said Gong.

With an average age of 20, last season’s runners-up Jiangsu made it to the league Finals again after finishing third in the preliminaries with an 11-2 record and eliminating Shanghai 2-1 in the semifinals. With South Korean star spiker Kim Yeon-koung and Tokyo Olympic Games MVP Jordan Larson of the United States on the squad, Shanghai settled for third place.

“Zhang’s absence affected us a lot, but we just tried our best. Making the semifinals was a big surprise to us and we are more than happy to be in the Finals,” said Gong.

Having lost to Tianjin 2-1 in last season’s Finals, Jiangsu fell to Tianjin again this time, losing 3-0 Tuesday evening and 3-0 on Wednesday in the best-of-three Finals.

However, this setback wouldn’t affect Gong much as she believed “the Jiangsu team has a tradition of daring to challenge and not afraid of losing, we will carry on with it.”

AUSTRALIAN AMBASSADOR TO IRAN LYNDALL SACHS PAYS AN OFFICIAL VISIT TO IRIVFDR ARY DA SILVA GRACA FILHO: THE STAGE IS SET FOR 2022 TO BE A YEAR OF NON-STOP VOLLEYBALL AND BEACH VOLLEYBALL ACTION