Conegliano celebrate their 2019 Club World Championship title – but can they defend it in 2021?

Italy’s Prosecco Doc Imoco Volley Conegliano are on the starting line to defend their title, with Turkey’s VakifBank Istanbull seeking a return to the summit and a fourth trophy, as the 2021 FIVB Volleyball Women’s Club Championship begins on Wednesday in Ankara, promising a thrilling and intense race for global supremacy.

But while these two are on the forefront of the five-day competition, they will be challenged all the way by the other four entrants: Brazil’s Dentil Praia Clube of Uberlandia and Minas Tenis Clube of Belo Horizonte, Kazakhstan’s Altay Volleyball Club and the second Turkish entry of Fenerbahce Opet Istanbul.

Among them, they boast a host of titles – domestic and international – and field the world’s absolute elite of players, making the Club World Championship a fitting end to a thrilling year of global action.

Watch all matches of the 2021 FIVB Women’s Club World Championship live or on demand from Ankara on Volleyball TV https://www.welcome.volleyballworld.tv/

Conegliano, who won their first and only title in 2019 in Shaoxing are also the reigning European champions and will be looking at replicating their last performance at the Club World Championships (before the 2020 edition was cancelled due to the Covid-19 pandemic), when they outplayed Turkey’s Eczacibasi VitrA Istanbul.

Paola Egonu led the Italian side as MVP of the competition and the 22-year-old opposite is back again this year to help Conegliano in their bid to defend their title – alongside Poland setter Joanna Wolosz who was named best setter of the 2019 competition.

And in the middle, back from the 2019 Dream Team, the Netherlands’ Robin de Kruijf will also be on hand to support the Conegliano effort. 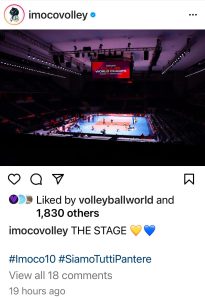 But VakifBank, world champions in 2013, 2017 and 2018, are not without their own striking force as they attempt to take back the trophy which they lost in 2019 after getting eliminated by Conegliano in the semifinals when they lost a record-scoring tie-break 23-21.

Sweden’s Isabelle Haak, top scorer of the 2019 edition and also on the Dream Team, will be spearheading VakifBank again, as will Brazil’s Gabi Guimaraes and USA’s Michelle Bartsch-Hackley from the outside. 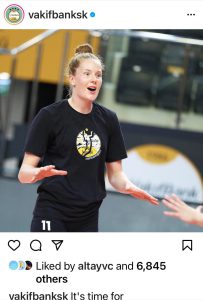 But certainly keep an eye out for the two Brazilian entries of the competition:

Reigning South American champions Praia Clube are fielding a galaxy of domestic and international stars in their third Club World Championship appearance (after finishing fourth in 2018 and sixth in 2019) – especially strong in the middle where they feature the likes of the Dominican Republic’s Jineiry Martinez and homegrown Carol Silva. 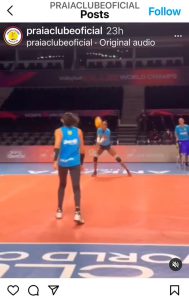 Not to mention Club World Championship two-time silver medallists Minas Tenis Clube (1992 and 2018) who are taking part in the competition for the fourt time (after a fifth place in 2019).

With Macris Carneiro distributing the play, they too provide a formidable lineup in the middle which includes Carol Gattaz and Thaisa Menezes. 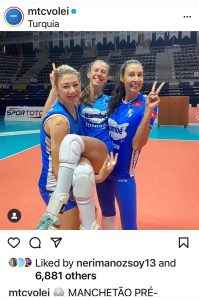 Then there’s Fenerbahce – world champions back in 2010 and bronze medallists two years later: They’re back after a nine-year hiatus as currently leaders of the Turkish League table and featuring such rising talent as teenagers Arina Fedorovtseva of Russia and Ana Cristina de Souza of Brazil amongst a wealth of more established stars. 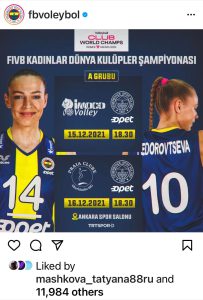 And reigning Asian champions Altay VC have signed up the Dominican Republic’s Bethania De La Cruz to help them through in their second Club Worlds appearance (after fifth place in 2018) as they attempt to become the second ever Asian side to make the podium (after China’s Guangdong Evergrande of Guangzhou finished third in 2013). 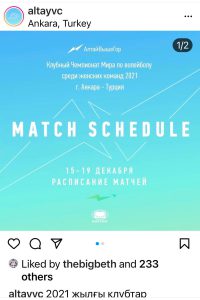