Taipei, Chinese Taipei, April 24, 2019 – Top four teams have been confirmed for the 2019 Asian Men’s Club Volleyball Championship as Chennai will test their mettle against Varamin and Panthers set up a clash of the Titans with Al-Rayyan as the top-tier competition has reached its do-or-die semi-final stage.

Cultural and Sports Club of Varamin Municipality of Iran, Japan’s Panasonic Panthers, Qatar’s Al-Rayyan and India’s Chennai Spartans flexed their muscles on Wednesday to storm past unfancied rivals in comfortable straight sets in the quarter-finals at the University of Taipei (Tianmu) Gymnasium.

India made history when Chennai Spartans became the first club team from India to enter the semi-finals of this annual competition after outclassing Vietnam’s Ho Chi Minh City 25-21 25-18 25-21.

After the match, Chennail Spartans were on cloud nine as it was the first time ever that a club team from India have come this far. India made their debut effort in the 2005 Asian Men’s Club Volleyball Championship in Pakistan, where they returned with the bottom 7th place.

India sent their club team to this topnotch competition again in 2012 and 2013 in China and Iran, where ONGC finished 8th at both occasions. After that, they didn’t send their team to this competition until this year when Chennai Spartans, winning the inaugural RePay Pro Volleyball League in India this February, represented the country in Taipei.

“It was our great result so far in this tournament as we now among the top four teams such like powerhouses Japan, Iran and possible Qatar. We played bad only in the first match and then we picked it up to win the remaining matches. Until now we have reached the semi-finals for the first time in India’s history. My players came here on April 13 and had a short period of time to train together as a full team, just two days ahead of the competition. I think my players played well in this match in terms of the quality and strategic plan,” Chennai Spartans head coach Dr M. H. Kumara commented after the match. 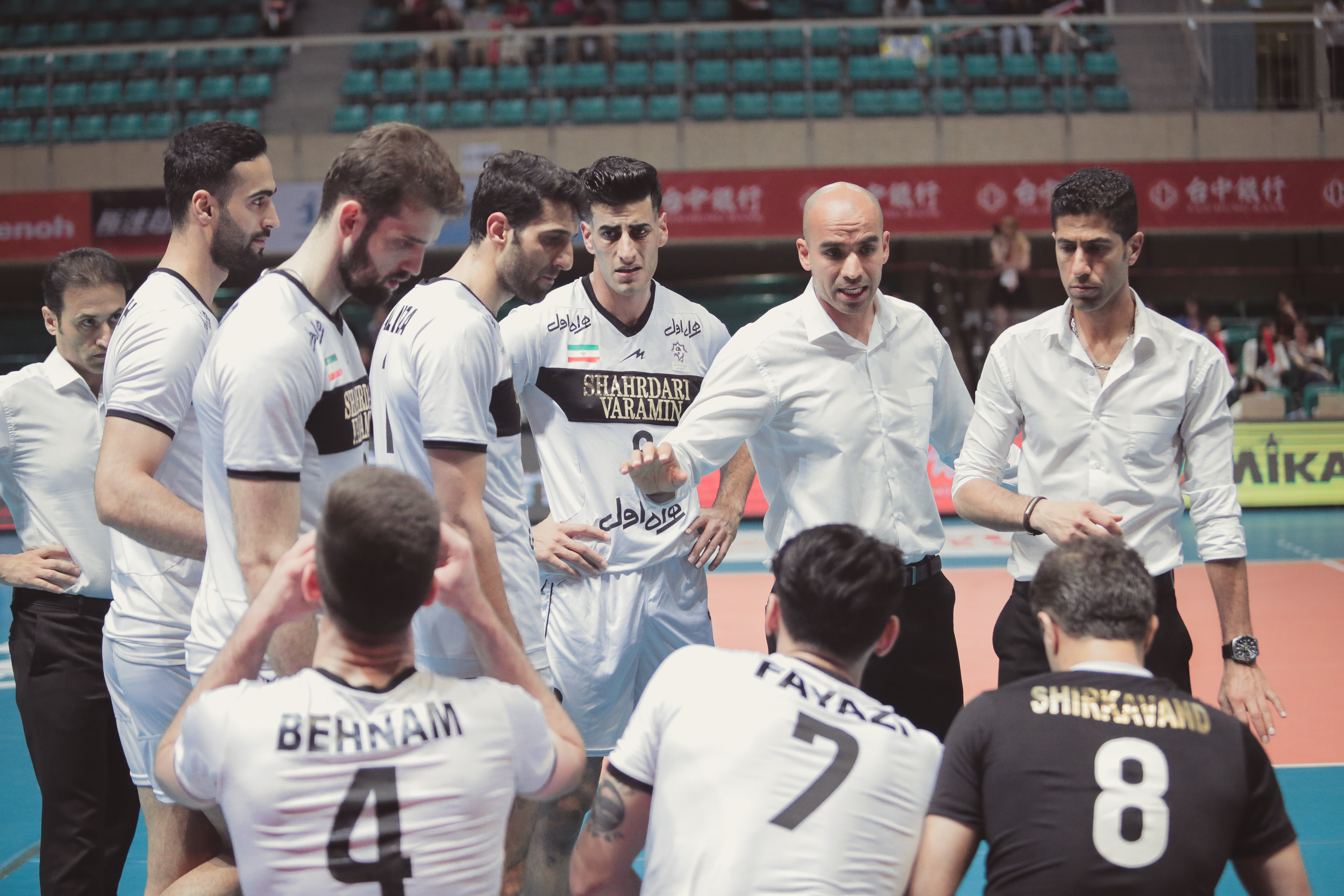 Nevertheless, a daunting task awaits Chennai Spartans in the semi-finals when they will go up against Varamin, which keep their high hopes on competing in the final showdown of the 2019 Asian Men’s Club Volleyball Championship alive with a fantastic 25-20 25-15 25-20 win against hosts Taichung Bank on Wednesday.

Alireza Jalali led Varamin Municipality with 10 points from 7 attacks and team-leading 3 blocks, while Kao Wei-Cheng emerged as the top scorer of Taichung Bank, whose age average is 21.4 years, with 11 points including 9 attacks, one block and one ace. Captain Wu Tsung-Hsuan added 9 points, all from powerful attacks.

Varamin’s head coach Mohammadirad Rahman said after the match, “It was important match since we were fighting in the quarter-finals. I think this young Chinese Taipei team have a good future and they showed good volleyball. Before the match, everybody might know the results and we respect them, we played strong against them. We next play Chennai Spartans in the semi-finals. They are a strong teams with good players. I think we will have a great fight on Thursday. It’s very difficult to expect our match against the Indians. However, I think they have some weak points we can find out the way to play them.” 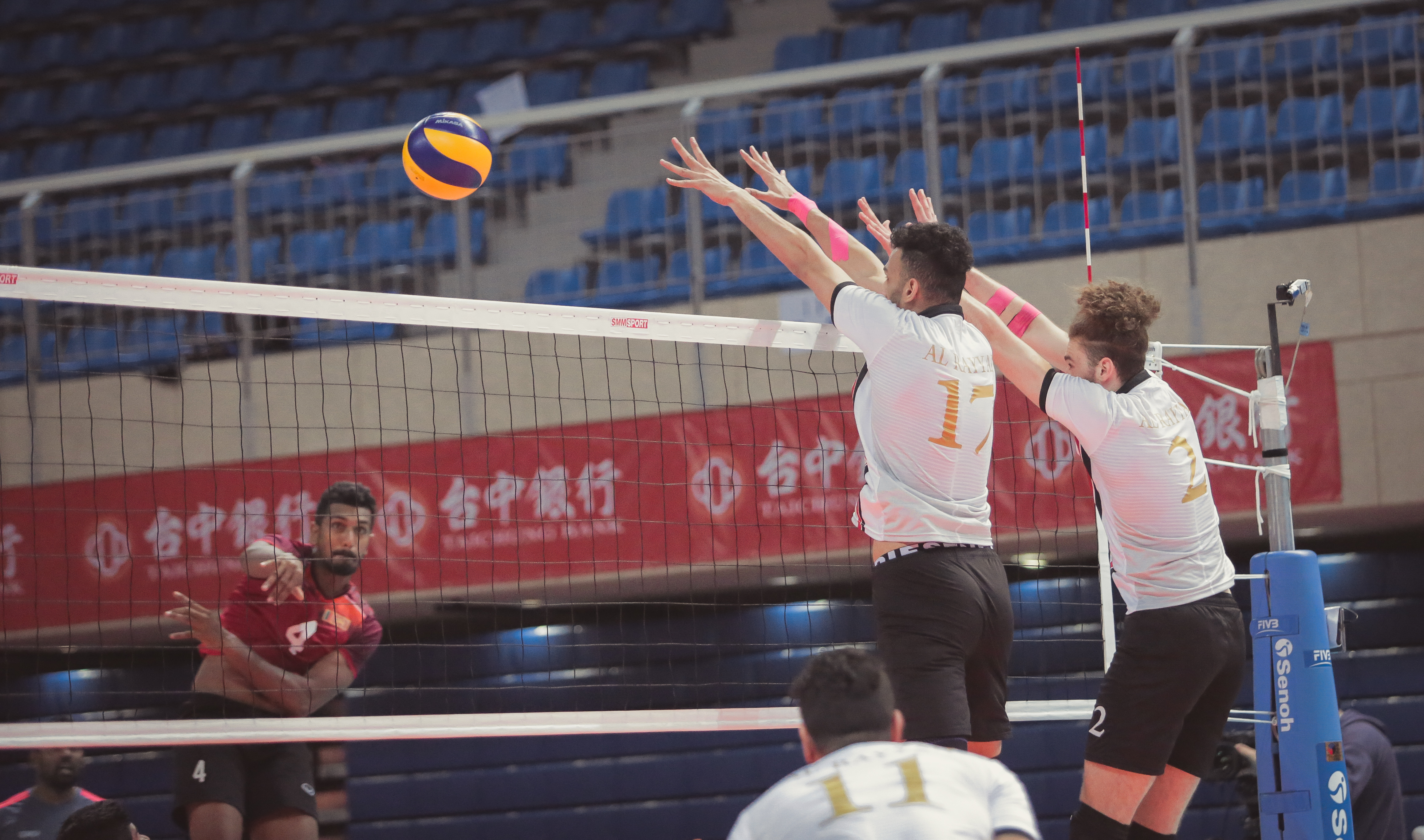 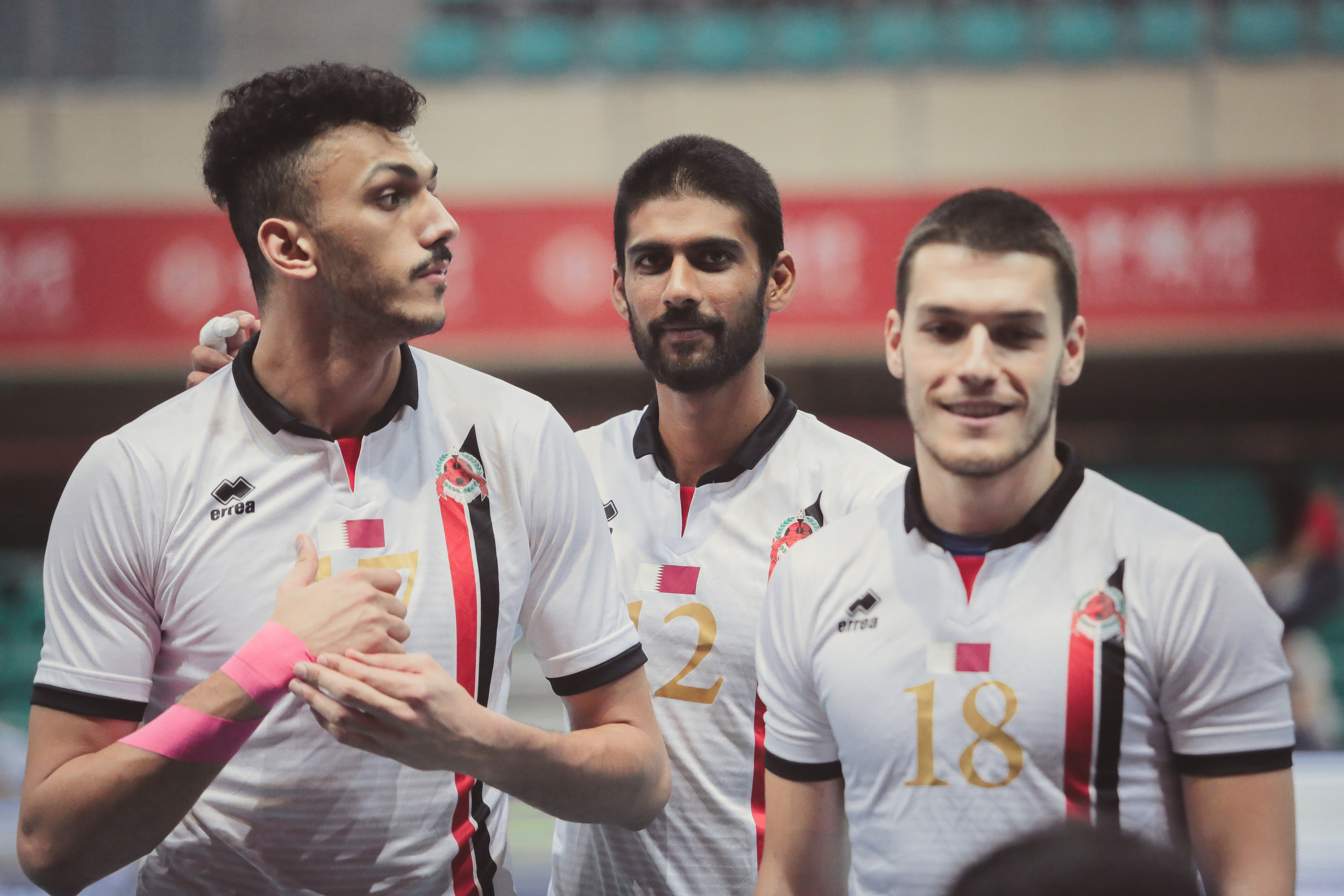 After the match, the 206cm-tall Kamil Rychlicki, who hails from Luxembourg, said, “It’s good to win this match and my team now make it to the semi-finals. We are happy to win since we have achieved our first goal and tomorrow we have to continue. We are likely to take on Panasonic Panthers in the semi-finals on Thursday. I think the Japanese team are one of the strongest teams in the tournament. So, I suppose that we have to play with 100% to beat them and I think it’s possible.”

Earlier, devastating Panasonic Panthers, the only unbeaten team in the 2019 Asian Men’s Club Volleyball Championship, stormed their way into the semi-finals after demolishing Australia’s Queensland Pirates in comfortable straight sets 25-14 25-18 25-9. 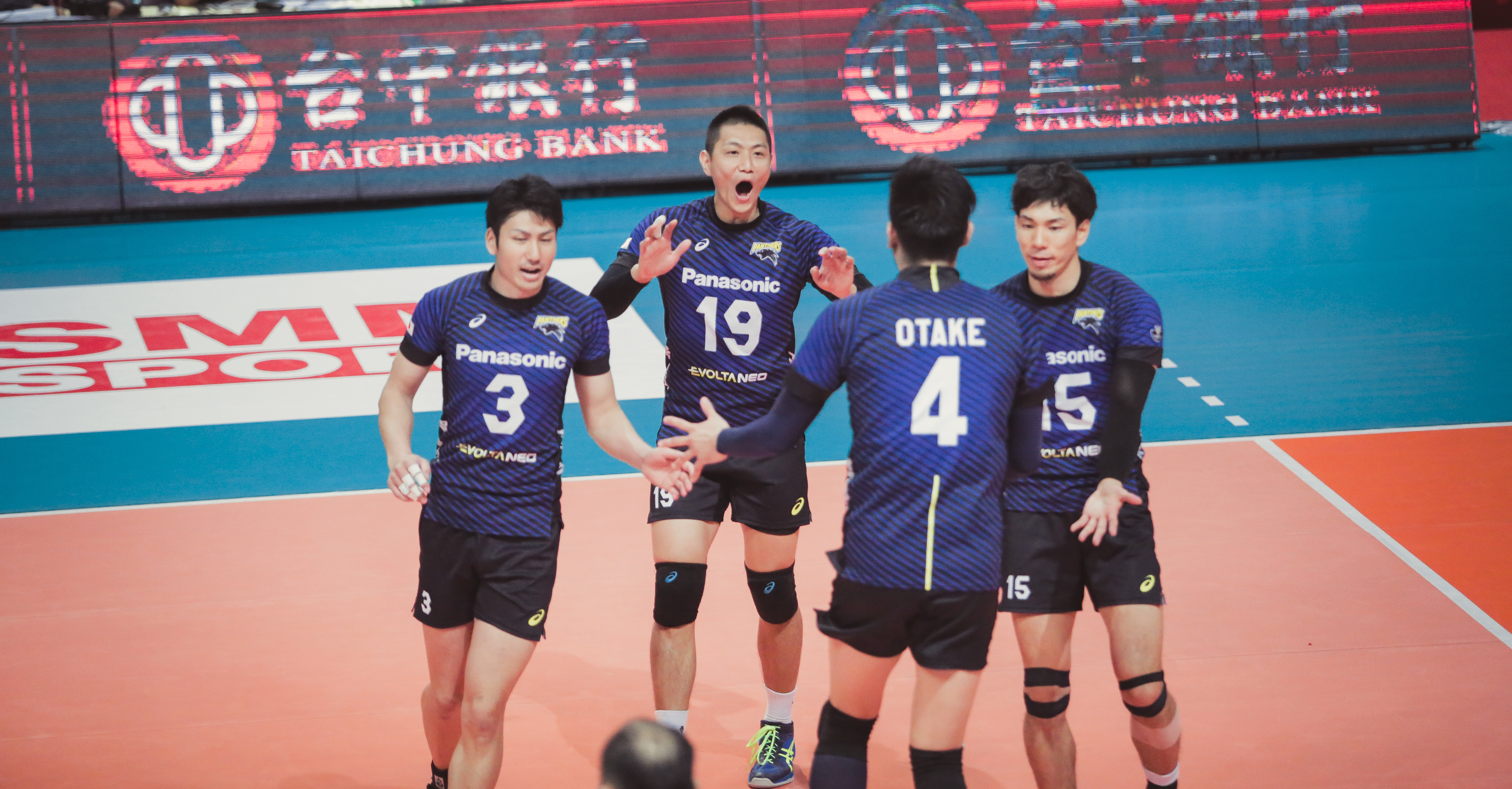 Issei Otake was the lone Japanese player to score double-digit 14 points from 10 attacks, 3 blocks and one ace for Panasonic Panthers, while William Mercer led Queensland Pirates with 10 points including 9 attack hits.

“I’m happy that we won the match. My players did a good job. I think Queensland Pirates had power and height, so we tried to come up with good serves in order that we could adjust them. We made a lot of player rotation in this match because we still have two more matches and I have to make sure everyone’s condition is fine and then I sent in almost every player into this match. It’s likely that we are due to next take on Al-Rayyan in the semi-finals. They are a good team with height advantage. We will try to come up with a good game against them,” Panasonic Panthers head coach Shinji Kawamura commented after the mach.

At the National Taipei University of Education Gymnasium, Dragoon Team finished 13th position in this championship as the Hong Kong China side struggled to beat Club Singapore in closely-contested four-setter 25-22 25-23 17-25 25-20 in the 13th-14th playoff. 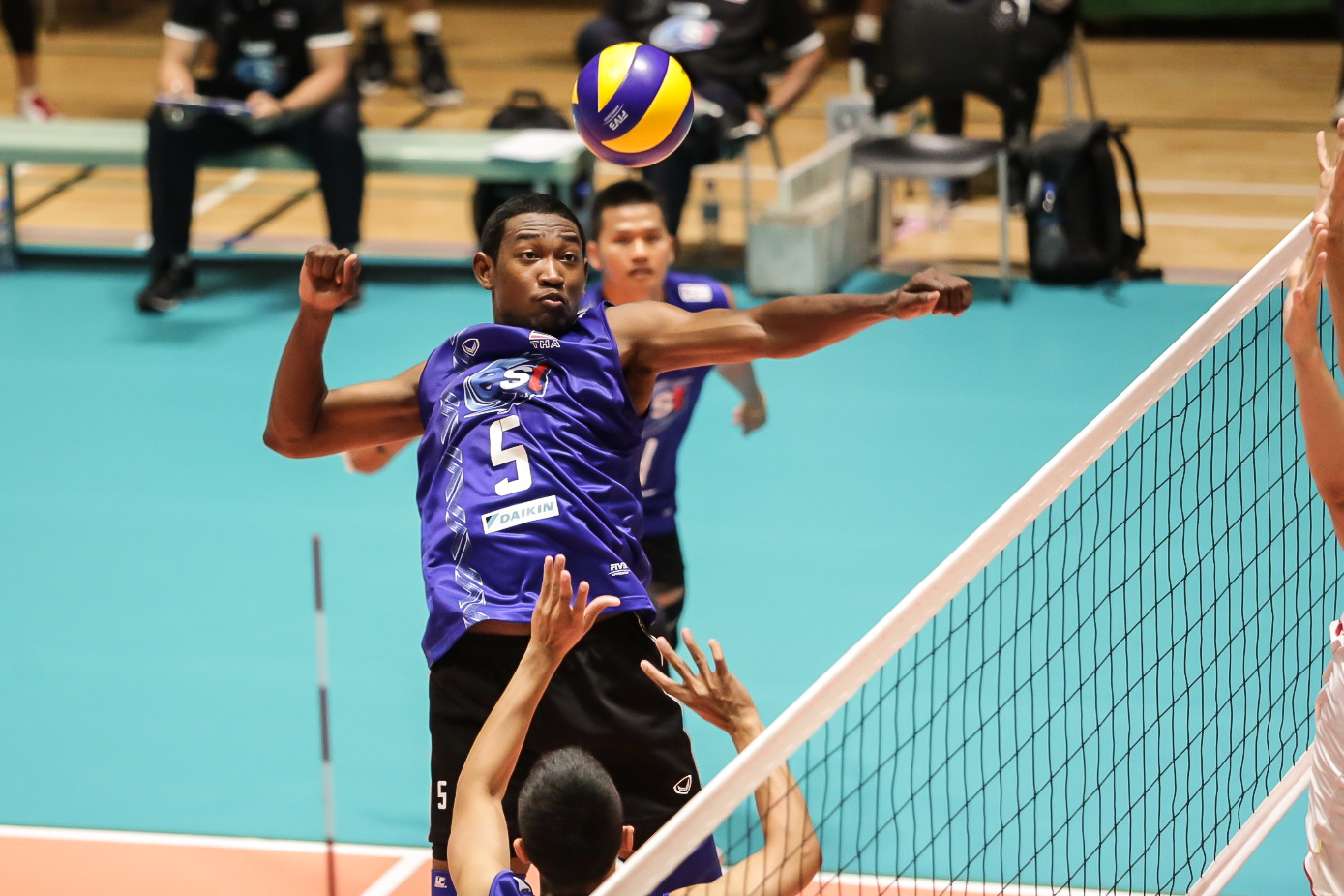 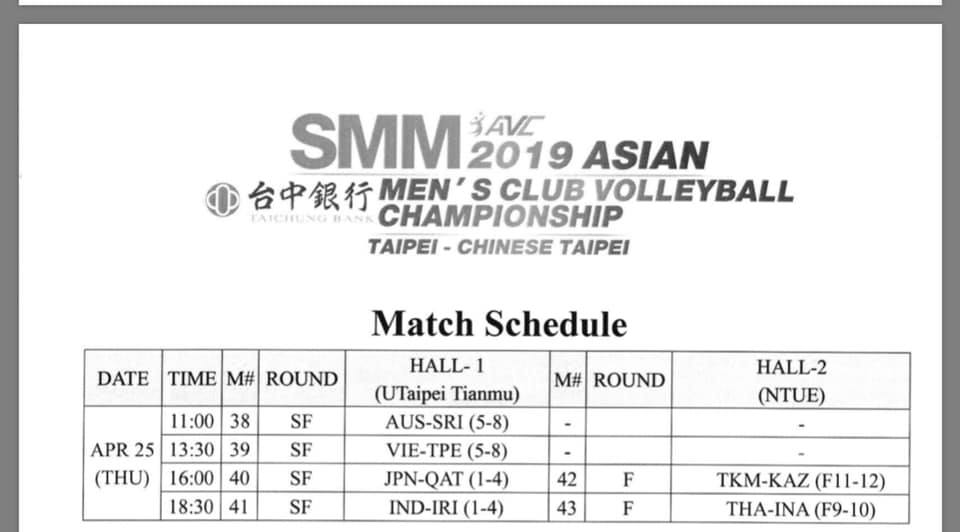 On Thursday, the penultimate day of the nine-day tournament, the 5th-8th playoff encounters at the University of Taipei (Tianmu) Gymnasium see Queensland Pirates take on Sri Lanka Ports Authority Sports Club and Vietnam’s Ho Chi Minh City challenge hosts Taichung Bank, while in the semi-final clashes, Panasonic Panthers go up against Al-Rayyan and Chennai Spartans pit their expertise against Varamin.

At the National Taipei University of Education Gymnasium, Galkan play TNC Kazchrome VC in the 11th-12th playoff and Est Cola and Polri Samator Indonesia battle it out for the 9th position.