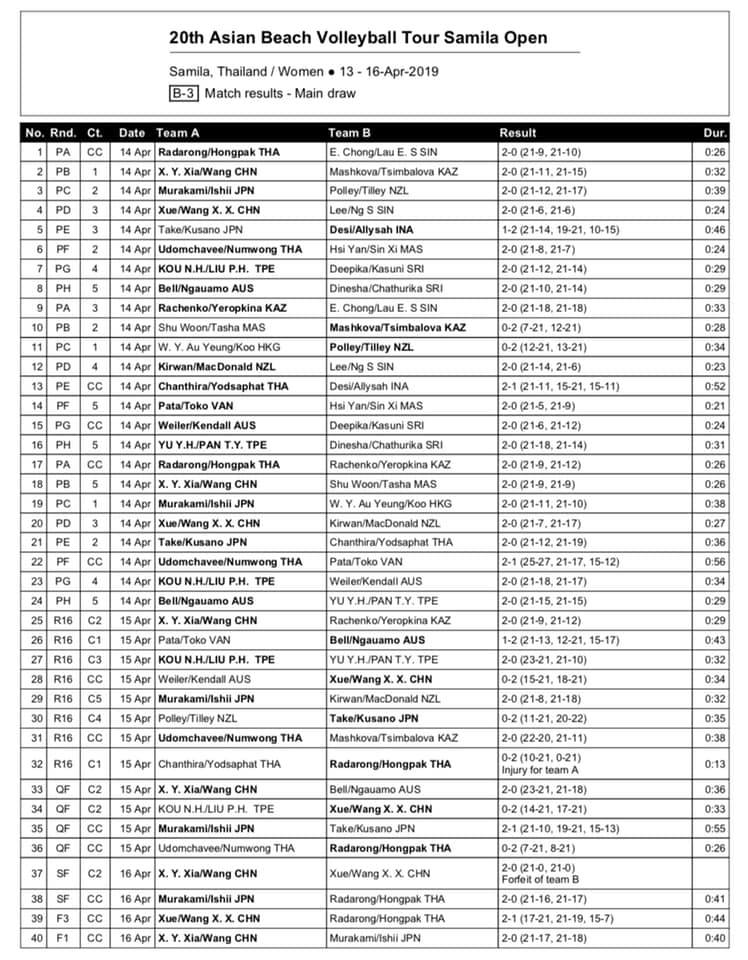 Looking at the weather in Songkhla in the past few days, the maximum temperature was 33℃, resulting in players getting soaked in sweat from scorching heat. Nonetheless, when it comes in terms of the tournament finals, everyday is a heated battle and so was the women’s showdown of the Samila Open at Samila Beach on Tuesday. 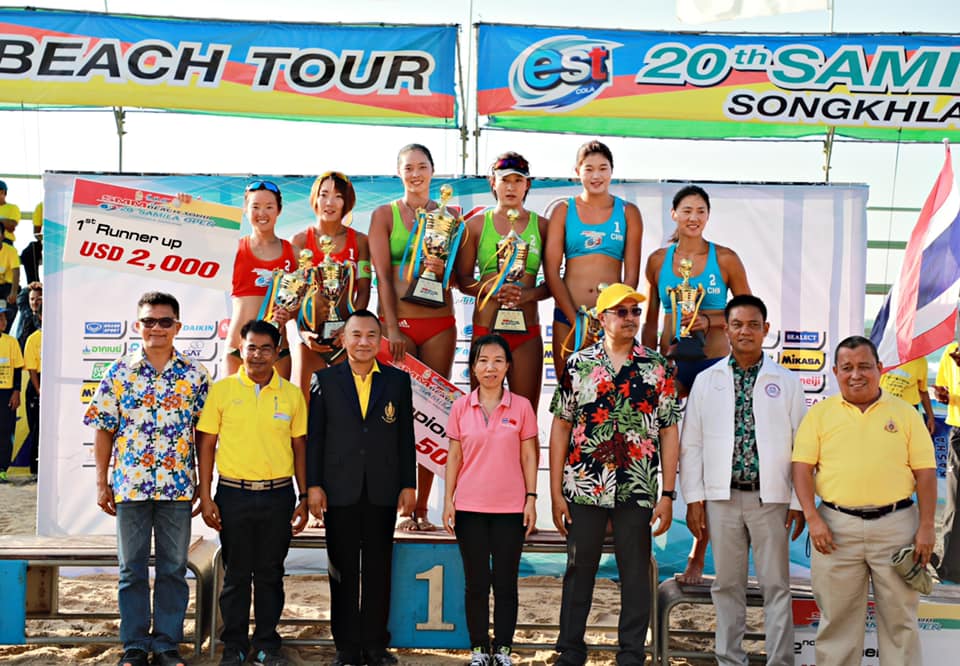 The women’s final turned out to be a clash of the Titans and the last year’s rematch of the grand Asian Games final in Palembang, Indonesia. Chinese second seeds Wang Fan/Xia Xinyi, who beat Megumi and Miki 2-1 in the 2018 Asian Games finals, survived a threat from the same rivals to beat the Japanese duo 2-0 (21-15, 21-18). 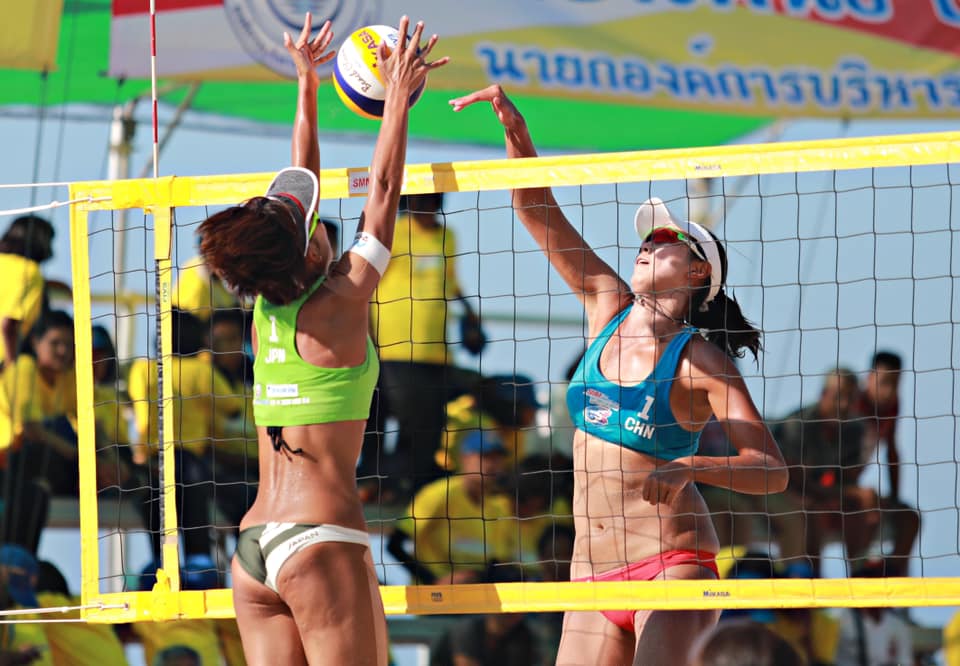 “Japan are a great team and as always they never give up easily until the last point,” said Wang Fan, who partnered Xia Xinyi to capture their first Samila Open crown in 2018 following an exceptional 2-0 win against Thailand’s Rumpaipruet Numwong/Khanittha Hongnok in the final.

“They had very strong serves and prepared well before the match. We knew before the match that today we had to face difficulty. They had perfect serves with good techniques .We tried to focus ourselves not to make too many mistakes. I am very happy that we can retain the title,” Wang Fan continued.

“Our next tournament will be the Can Tho Open in Vietnam and we hope we will do our best again out there,” she added. 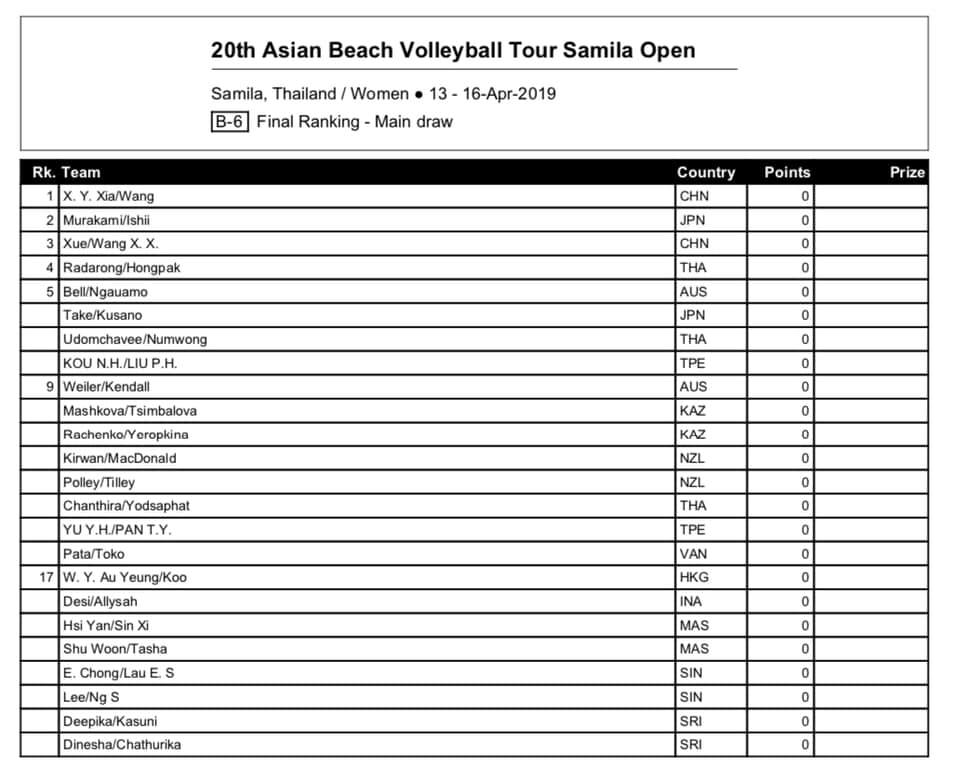 In the semi-final clash earlier, Wang Fan and Xia Xinyi beat team-mates Xue Chan and Wang Xinxin as a result of forfeit, while Megumi Murakami and Miki Ishii stole the show by thrashing local hopefuls Varapatsorn and Khanittha 2-0 (21-16 21-17).

In the bronze medal match, China’s Xue Chen and Wang Xinxin recovered from one set down to pull out a stunning 2-1 (17-21 21-19 15-7) win against top seeds Varapatsorn and Khanittha. 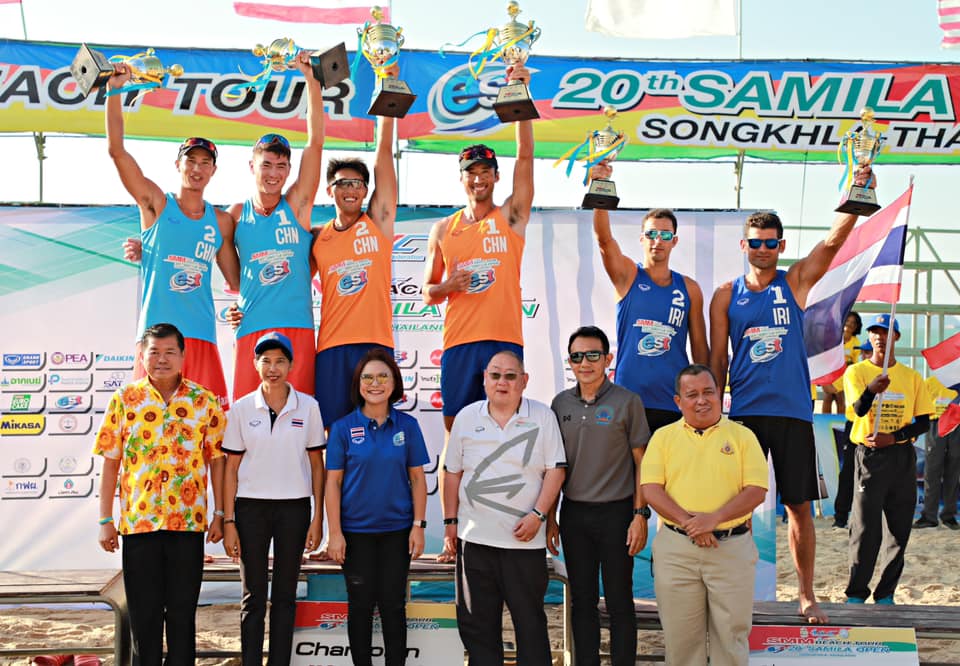 Meanwhile, in the men’s competition, Gao Peng and Li Yang stretched their invincibility at the Samila Open to two times in a row as the promising Chinese put on their superb form to trounce compatriots Wu Jiaxin and Ha Likejiang 2-0 (21-19, 21-15) in the Tuesday’s exciting final. 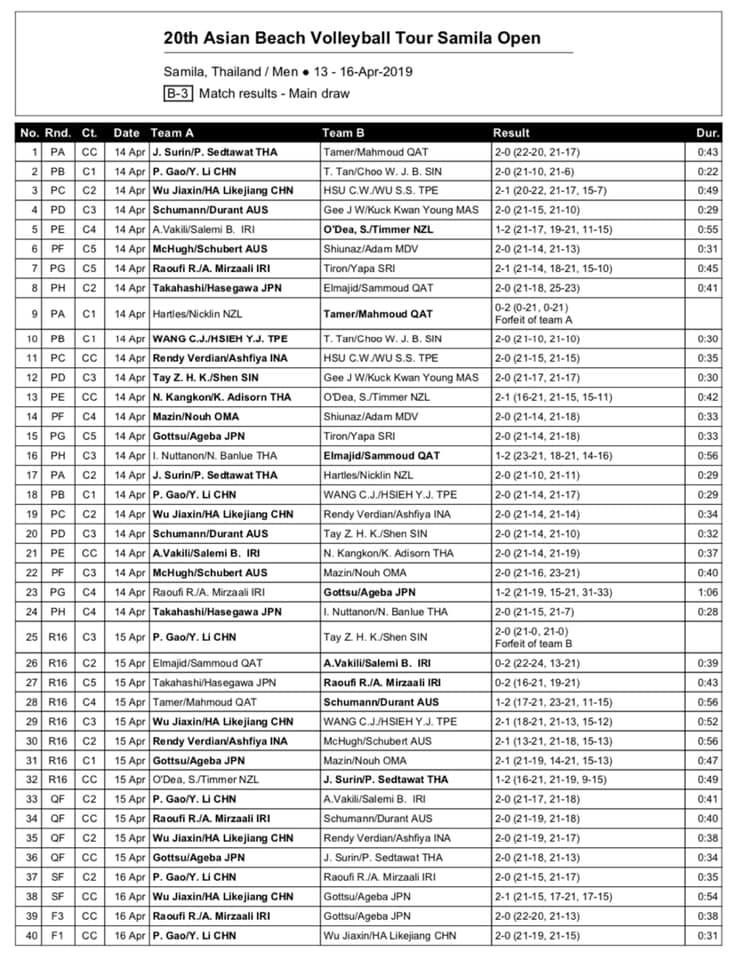 Both teams got off to a great start in the opening set which saw them trade point by point to entertain the home fans who braved the searing heat to boost their players, with exceptional tactics. Nevertheless, Peng and Li made less mistakes at the critical moments to score some crucial points to snatch the see-saw opener 21-19.

In the second set, the title-holders showed off their full repertoire of defensive and offensive skills. After taking a commanding 17-12 lead, they continued their aggression and consistency to win the second set 21-15, match and the title. 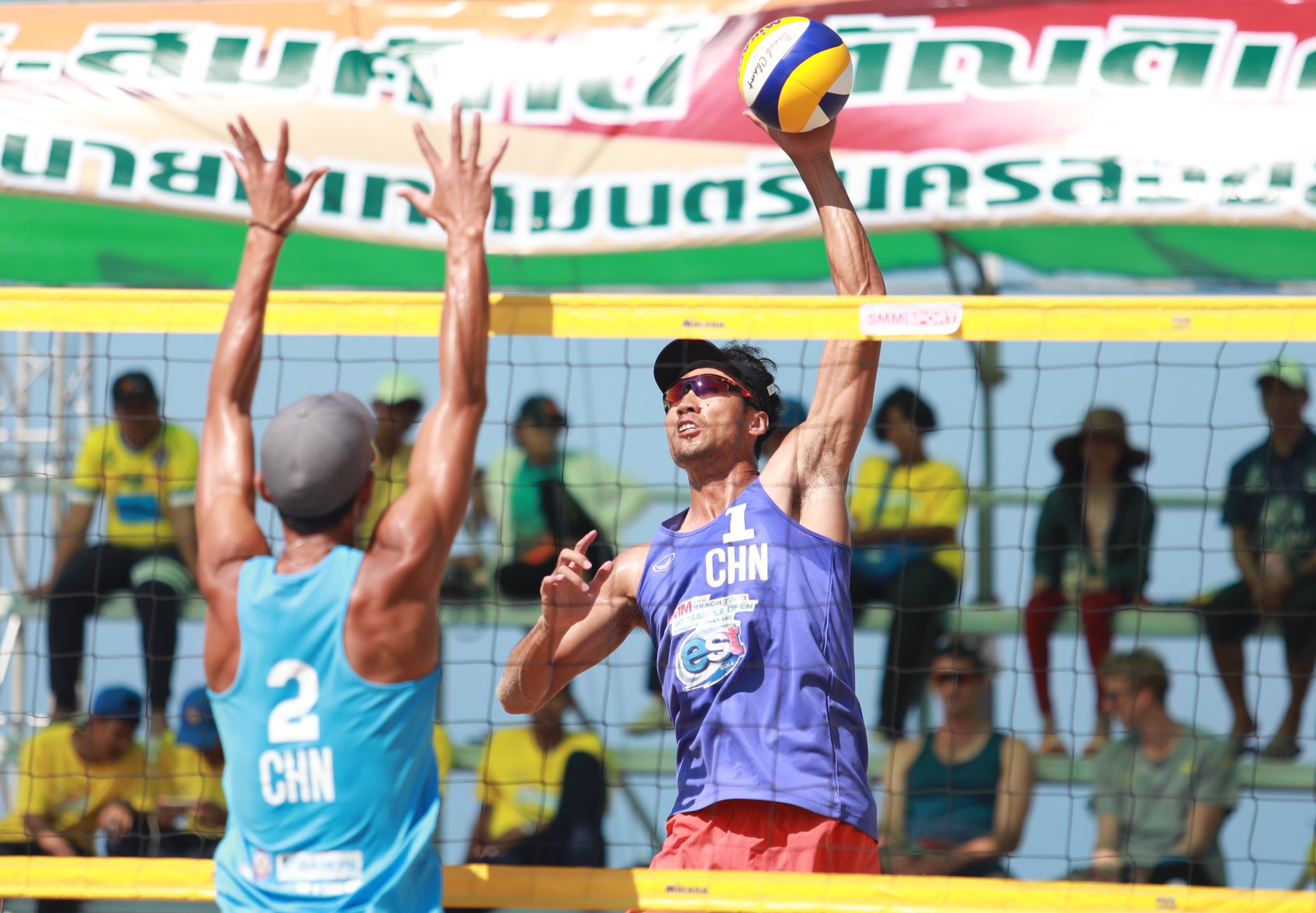 “It was very hard to win this match because we had to face strong wind and strong opponents,” said Peng, who has teamed up with his partner Yang for over ten years. “We came here to play and I am very happy that my team were successful in defending our title.

“The conditions of the competition court here are very good with ideal atmosphere, but there are some shells in the sand that sometimes hurt my feet. Our next tournament will be the FIVB World Tour Xiamen in China and we expect to product our utmost effort and have a good result again at our home tournament,” he added. 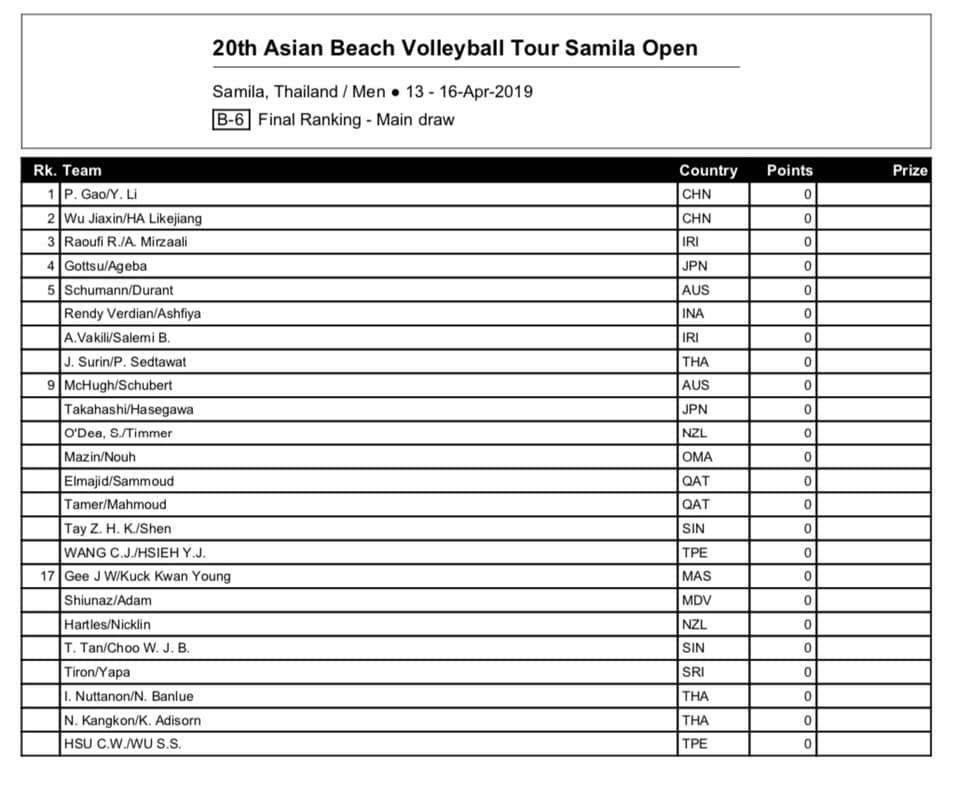 The bronze medal went to Iran’s Raoufi Rahman and Abolhamed Mirzaali, who came back from the semi-final loss to the eventual winners Peng and Yang to beat Japan‘s Ishijima Yusuke and Ageba Yuya 2-0 (22-20, 21-13) in the  third-place playoff.

“We faced China in the morning semi-finals and our body and energy did not allow us to beat them,” said Rahman. “We have played six matches in a row which is very tough. Against Japan in the afternoon, we felt refreshed and had a good win against them. We lost to them 1-2 in the pool play and today I am very happy that we beat them in straight sets. We will play the 2019 Asian Senior Beach Volleyball Championships in China in our next tournament and hope that we will do a great job out there.” 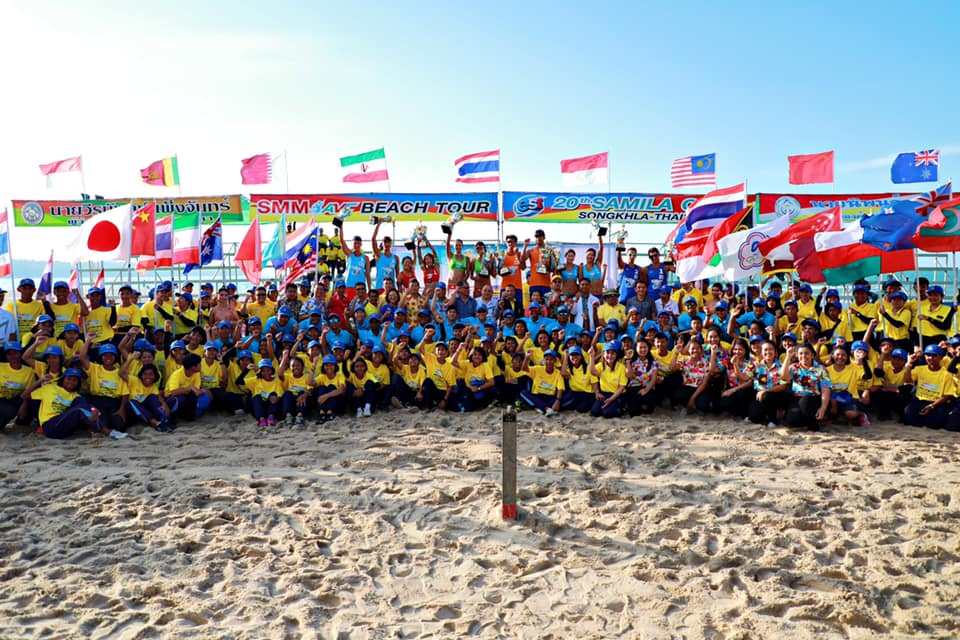 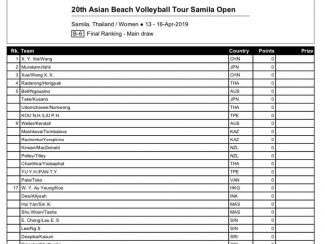 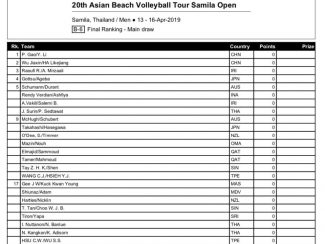 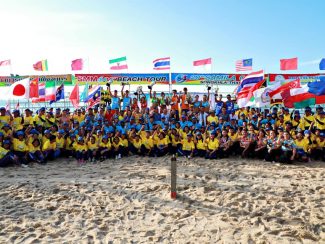 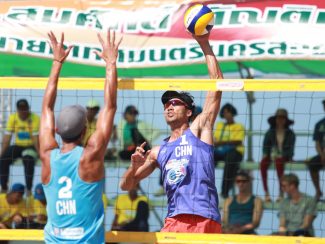 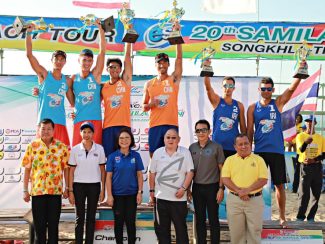 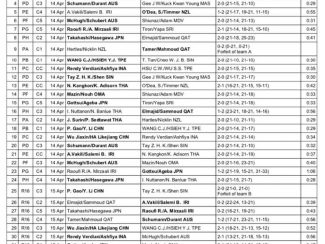 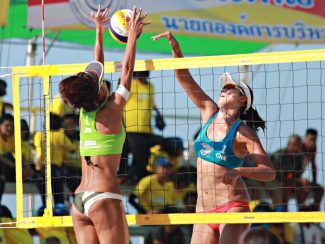 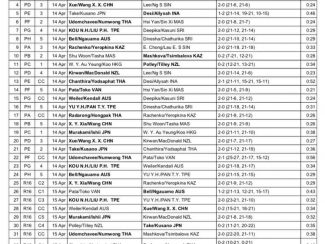 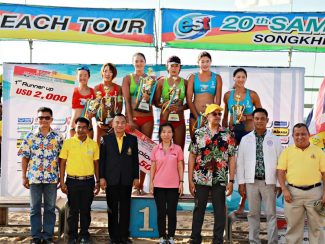 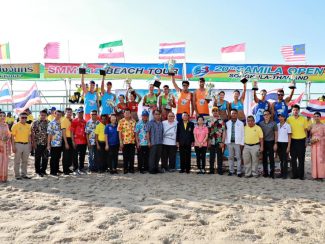