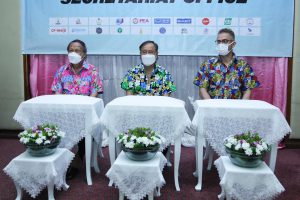 From left, Somporn, Shanrit and Oguz on the center stage during the water-pouring ceremony

The Songkran is a nationwide celebration of the traditional Thai New Year held every April 13, considered as the biggest and most famous of Thailand’s annual festivals celebrated for centuries. It is a celebration that embraces goodwill, love, compassion and thankfulness, using water as the means of expression. On this day, throwing water at each other in a friendly manner by using clean or scented water, exchanging New Year’s greetings during water play can be seen in Thailand. 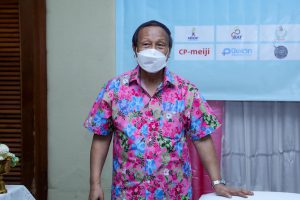 Additionally, the Thai government has realised the importance and value of the festival and therefore, declared Songkran festival as extended public holidays to enable the people to return to their hometown for family reunions, merit-making and reuniting with others in their community.

However, in response to the on-going global outbreak of coronavirus disease 2019 (COVID-19), the Thai government has decided to ban all water splashing events and all mass-gathering gigs during Songkran Festival this year. 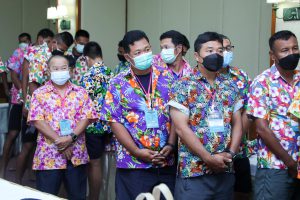 Still, the 13th of April has been declared the Day of the Senior or Elderly by the Thai government and the occasion marks the appreciation for the senior population for their years of contribution to the family and country. So, water splashing and traditional water pouring as a blessing would be allowed at organised events – as long as there is no alcohol and events are under “Covid Free Setting” measures – rather than the massive water fights the Thai holiday is internationally known for. 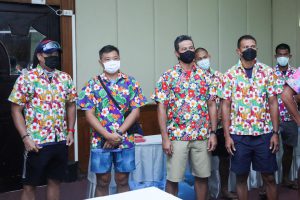 Consequently, Mr Somporn Chaibangyang, President of Thailand Volleyball Association, and the local organisers, held the water-splashing festival on this day, with only Thai beach volleyball players and officials in attendance at B.P. Samila Beach Hotel & Resort. 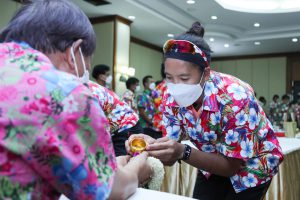 Somporn is poured with scented water 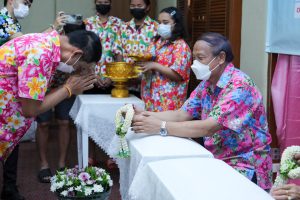 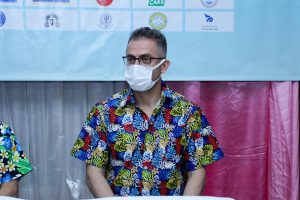 After the water-pouring ceremony, Mr Oguz expressed his appreciation toward the Thailand’s unique traditional rituals.

“I was greatly impressed by the traditional ceremony here. It’s also with my great pleasure to visit Thailand again after I completed my task at the FIVB Beach Volleyball U21 World Championships  in Phuket last December. It’s a pleasure to work with Thai officials, staff and volunteers because they are very supportive, helpful and dedicated. With their excellent cooperation, I’m very happy to work with them again here in Songkhla and I believe it will become another unforgettable memory to work with Thai people,” he said. 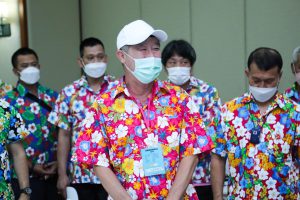 The Volleyball World Beach Pro Tour Futures Songkhla will be held at Samila Beach in Songkhla, Thailand between April 14 and 17, with the qualification in both men’s and women’s events taking place on the very first day.

The main draw of pool preliminaries (First Phase) will be held on April 15, followed by Second Phase and quarterfinals the following day. The semifinals and finals of both genders will take place on April 17.