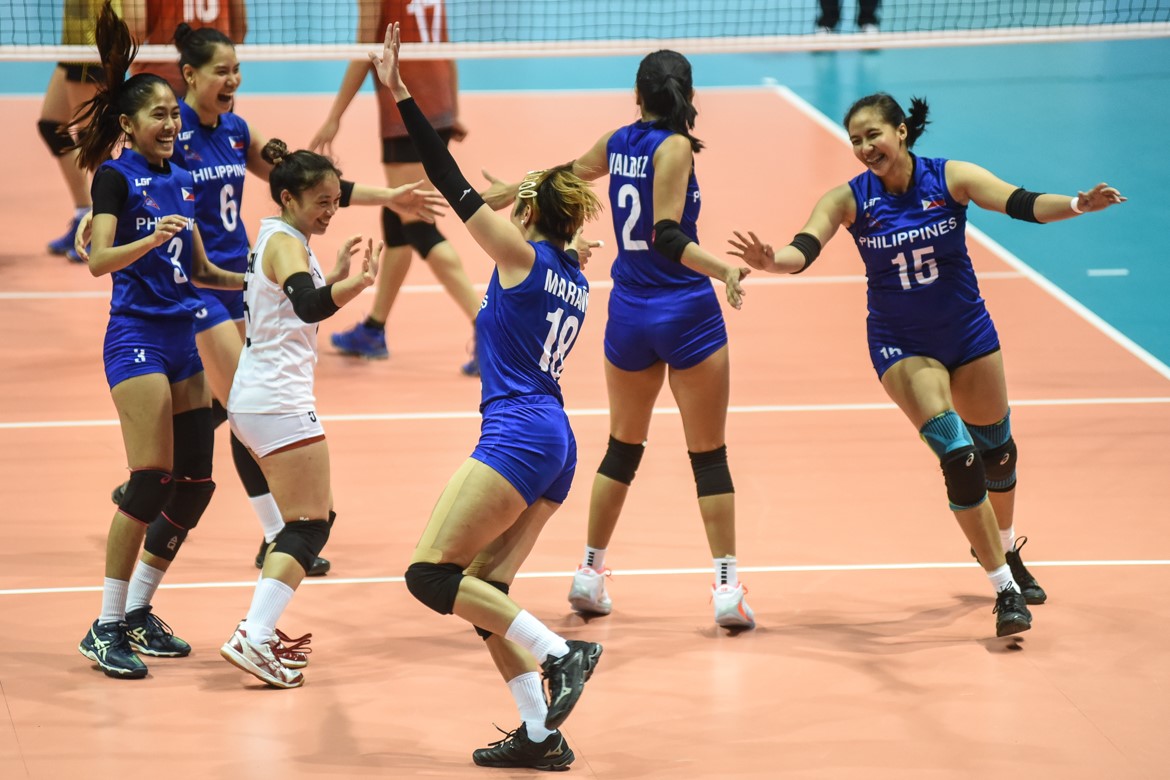 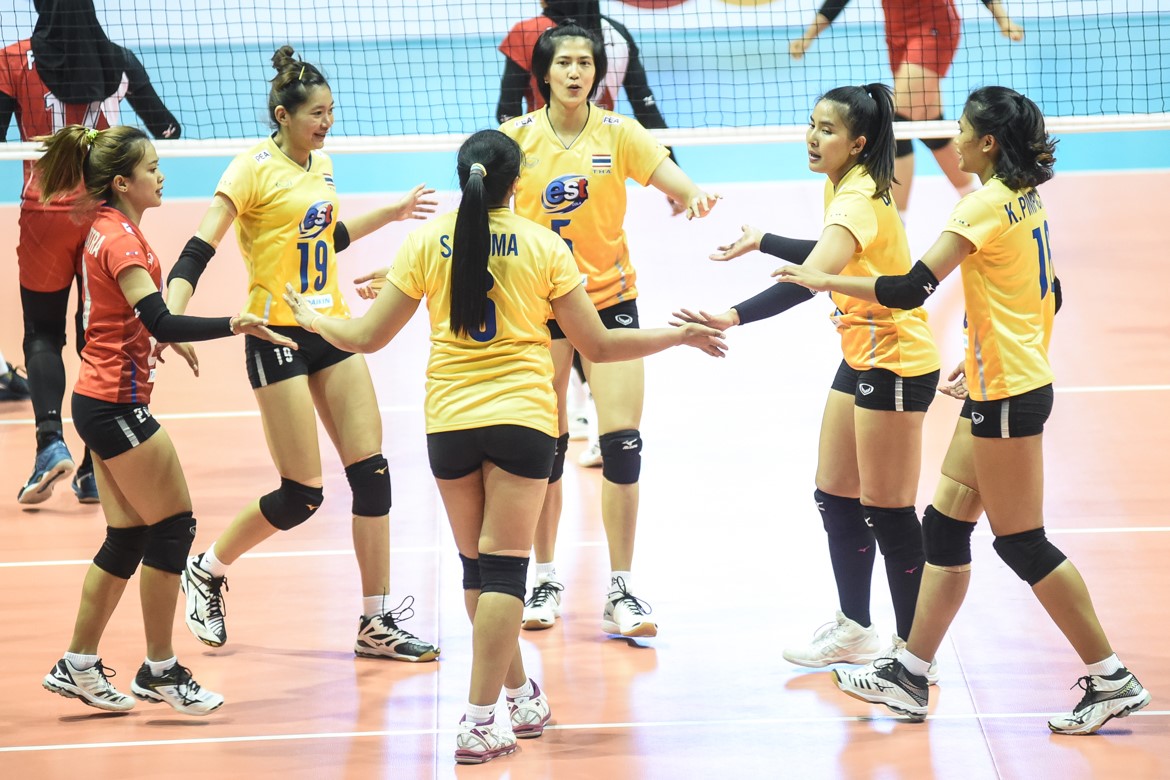 Around 2,500 spectators were in the competition venue to watch the opening ceremony and the curtain-raisers between hosts Philippines and Vietnam. The Filipinas pulled off a stunning 3-2 win against Vietnam at the last month’s first leg at Terminal Hall inside the Terminal 21 Shopping Mall in Nakhon Ratchasima, Thailand and they hoped high to make use of the home crowd advantage to repeat the feat. 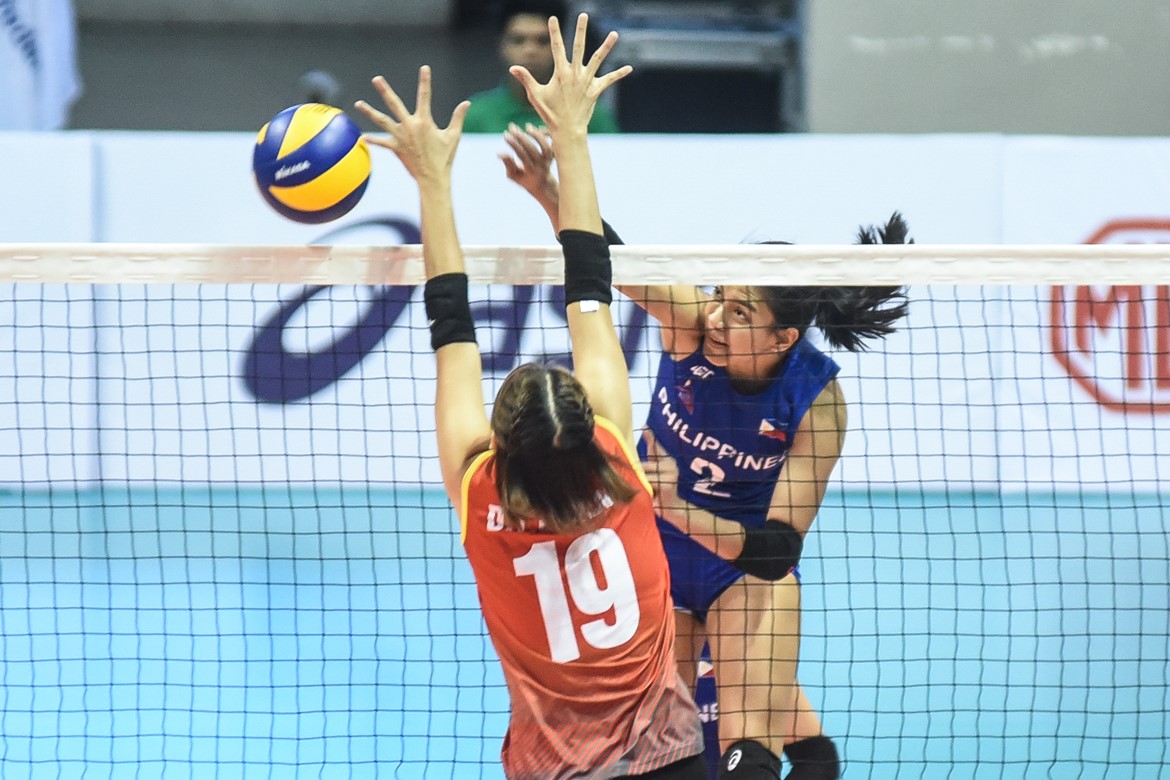 With ace spiker Alyssa Valdez back to strengthen the team, hosts Philippines made a solid start of the second-leg campaign. Vietnam, playing without their regular captain and powerful attacker Tran Thi Thanh Thuy, struggled hard in their tough encounter against the Philippines to go down in the first two sets 21-25 23-25. 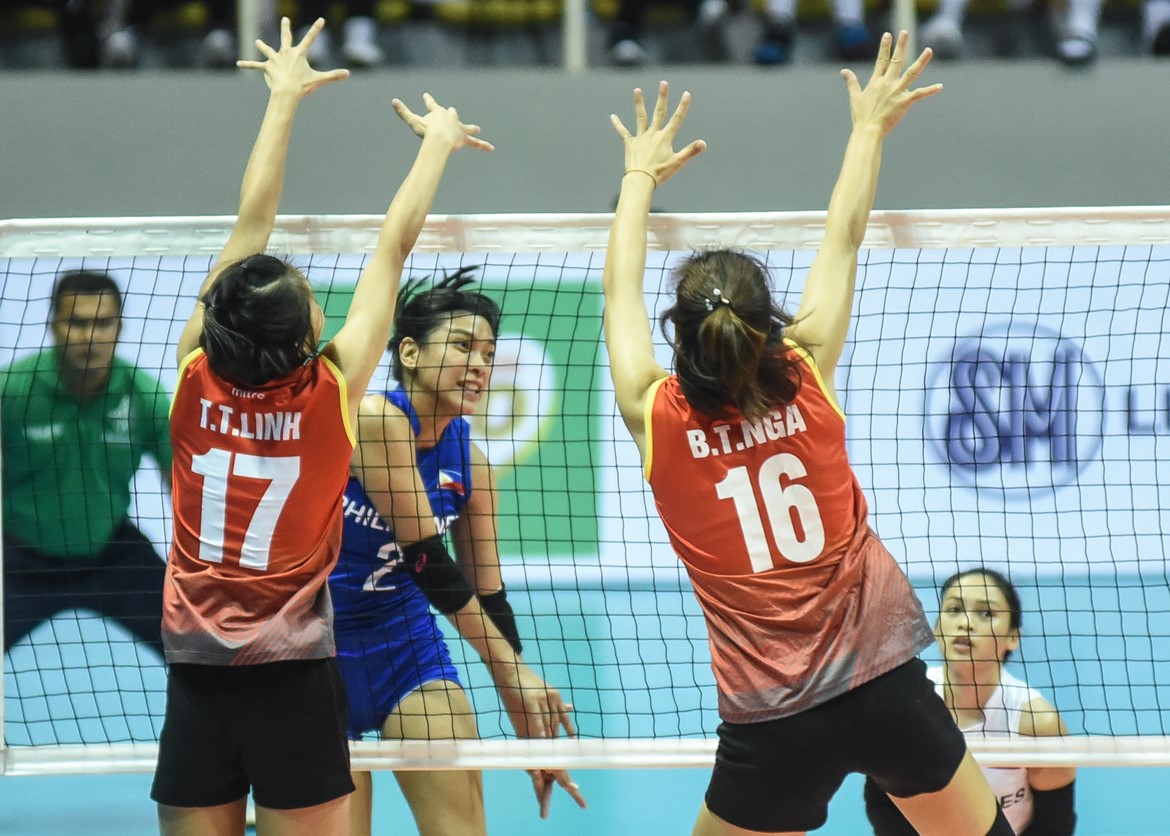 In the third set, the host side still performed well, thanks to the excellent offensive mobility from Valdez, Frances Xinia Molina and Mylene Paat, while the Vietnamese tried to turn things around to catch up with the well-organised rivals. However, backed by cheering home fans, the Philippines defended brilliantly at the net, blocking almost everything the rivals could throw at them to win the set 25-21 and the 87-minute encounter. 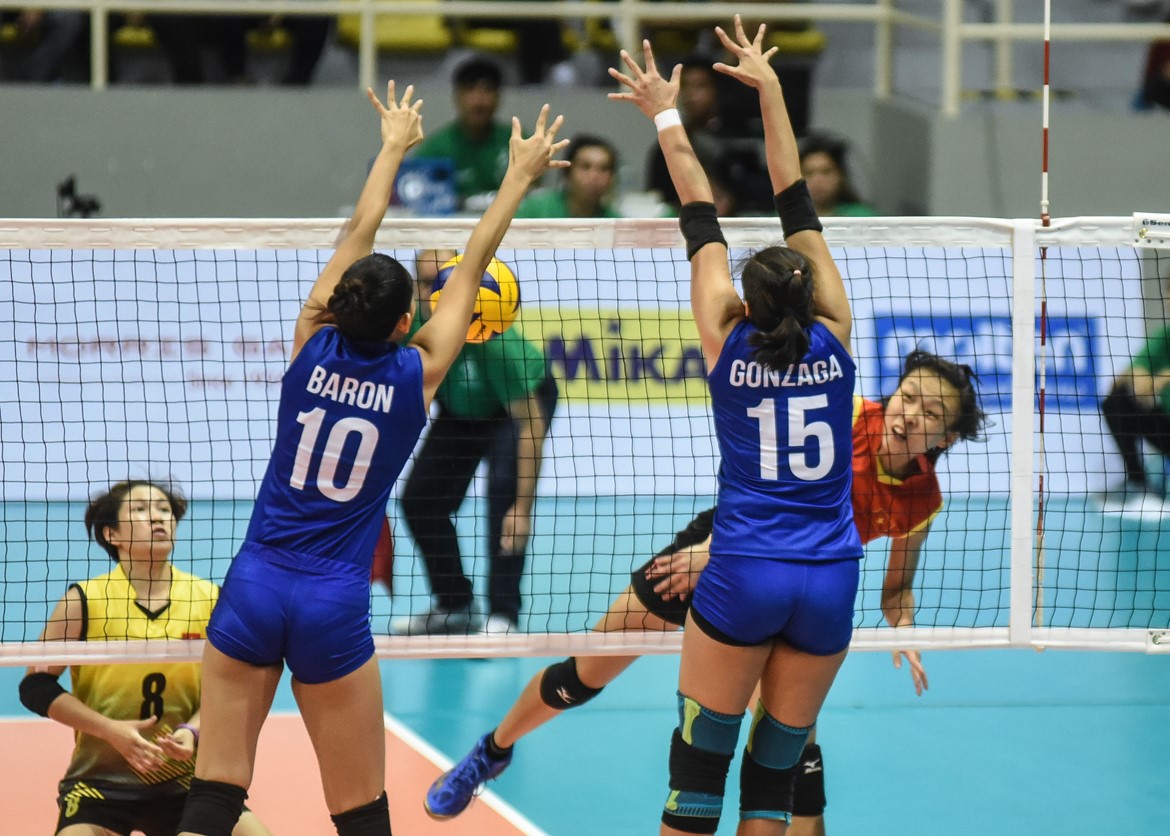 The Philippines, which imposed their might at the net with nine blocks, will face Thailand on Saturday, while Vietnam go up against Indonesia. 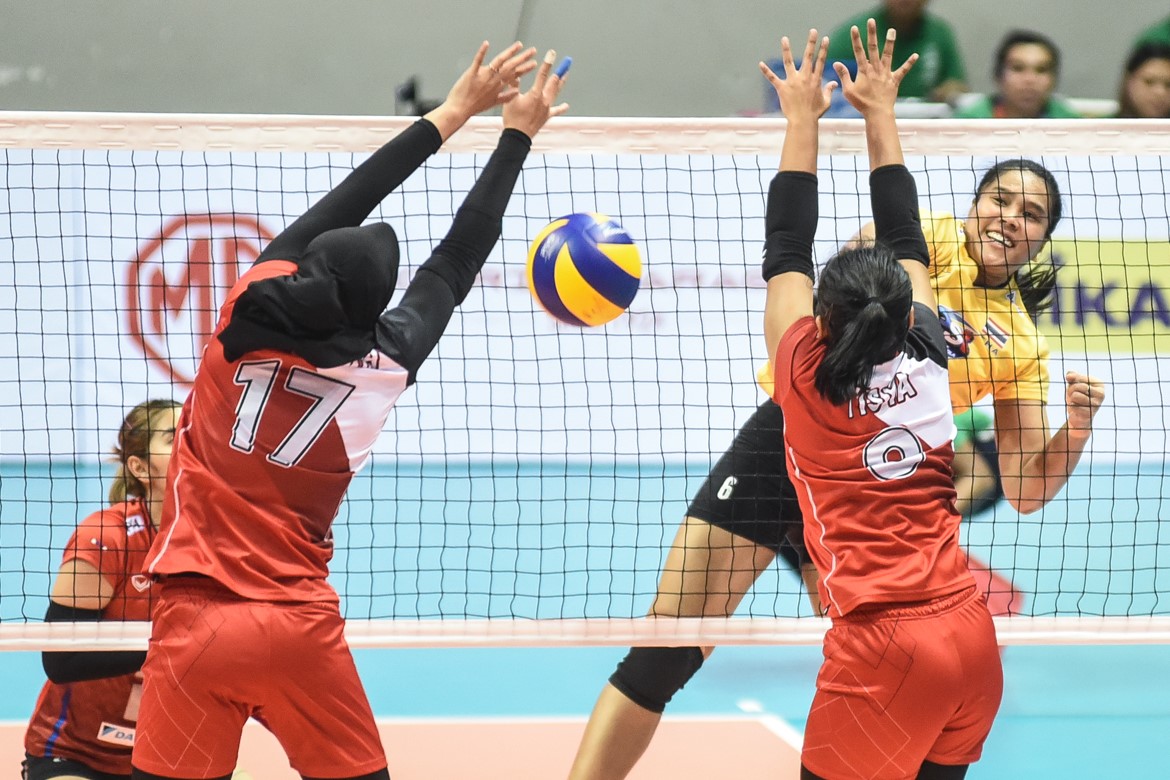 Against Indonesia on Friday, Thailand, current world No.14 and perennial SEA Games champions, fielded a strong lineup led by star spiker Pleumjit Thinkaow and hard-attacking Onuma Sittirak. Young talents including Chatchu-on Moksri and Pimpichaya Kokram also proved major forces for the Thai side to be reckoned with. Thailand head coach Danai Sriwacharamaytakul has been experimenting with his line-up over the course of the first two sets and even allowed veteran Malika Kanthong a break from all action entirely over the three-setter.

Thailand took total control to comfortably win the first two sets 25-16 25-17, but struggled in the third set when the Indonesians counter-attacked well. However, Thailand proved their class to win the hard-fought set 25-21 and match. 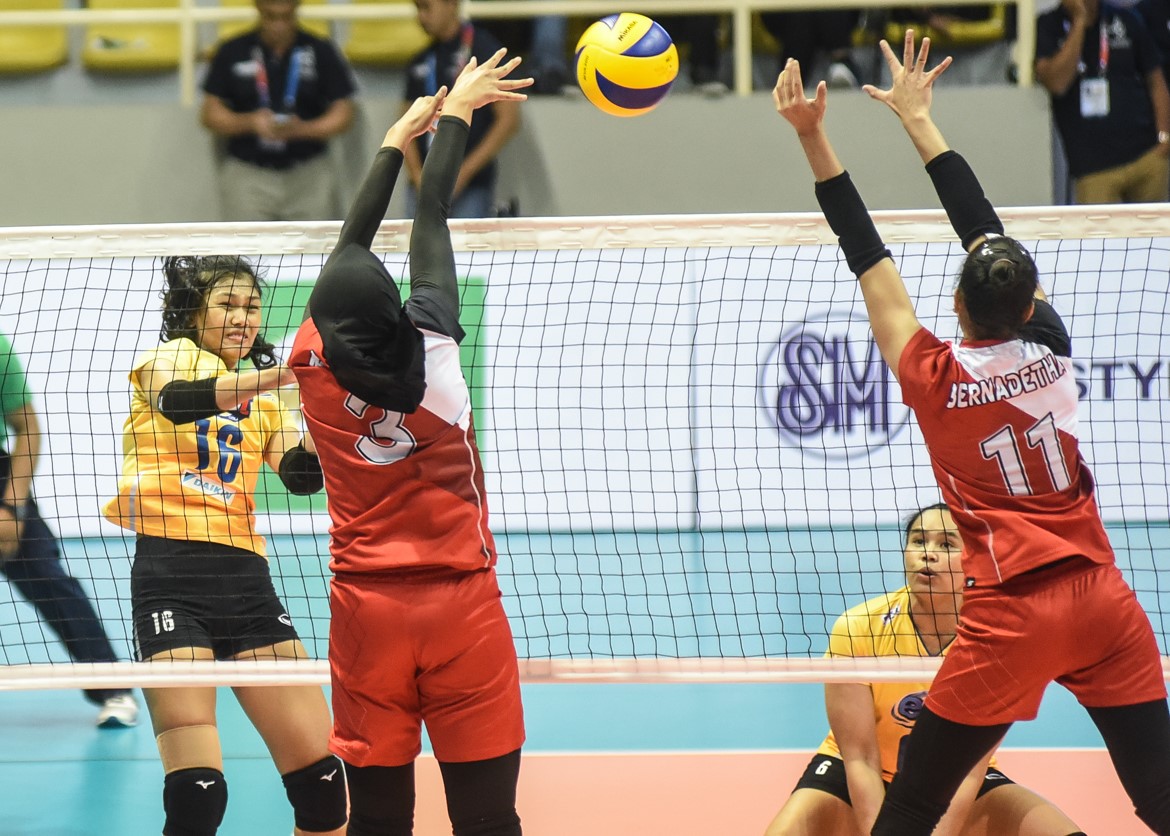 On Saturday, Thailand and hosts Philippines will play in the battle of the two unbeaten teams, while Indonesia will take on Vietnam. 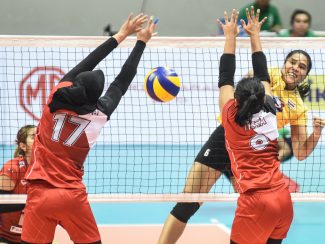 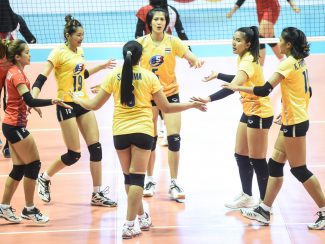 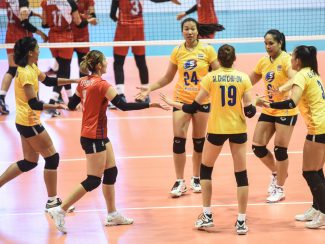 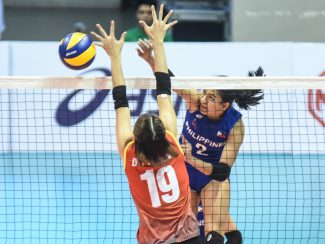 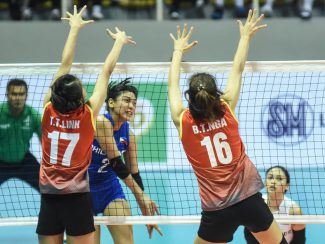 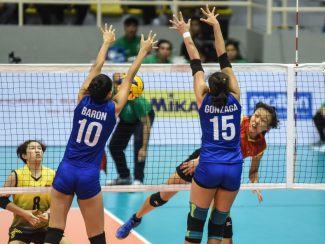 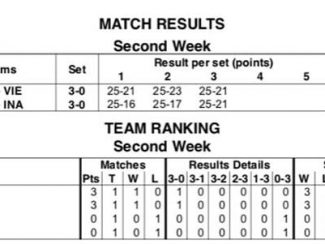