On Day 2 of the top-tier 10-team competition, Iraq bagged their first win in the tournament after 3-1 rout of UAE and Bahrain captured their two wins in a row following their exceptional 3-0 win against Lebanon in Pool A, while Pool B encounters saw Saudi Arabia post their consecutive two wins after 3-0 demolition of Kuwait and Syria stun  Qatar with epic tie-breaker win. 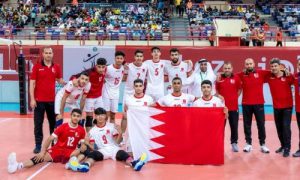 Fresh from 3-0 triumph over Syria on the opening day, hosts Saudi Arabia continued their brilliance on Saturday to capture their second successive victory over the Kuwaiti team in comfortable straight sets 25-9, 25-15, 25-12.

After two days, Saudi Arabia surged away to go atop Pool B with a maximum of 6 points from two straight wins without losing a single set.

The other Pool B encounter saw Syria and Qatar battle it out for the first win in the tournament. Both sides suffered their first losses on Friday, with the Qataris narrowly edged out  2-3 by Palestine. 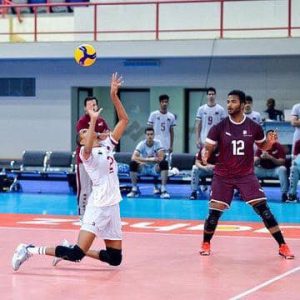 In the Saturday’s tough-looking match, Syria made a dismal start to go down 16-25, 20-25 in the first two sets, but counter-attacked well to clinch the next two sets 25-20, 25-23, forcing the tie-breaker to determine the eventual winners. Syria fared better to take the decider 15-11 and match.  Qatar bitterly suffered their second loss in the tournament with the similar fashion as they did in the previous match against Palestine on Friday. There, the Qataris won the first two sets against Palestine before losing the remaining three. 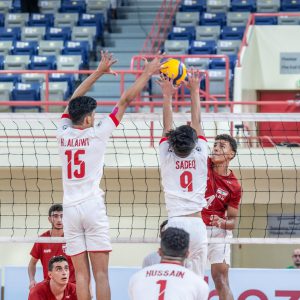 In the same Pool, the Bahraini team continued their series of victories after overcoming their poor start to beat the Lebanese side in thrilling four-setter 20-25, 25-16, 25-20, 25-17 for two wins on the trot to lead Pool A with 6 points. 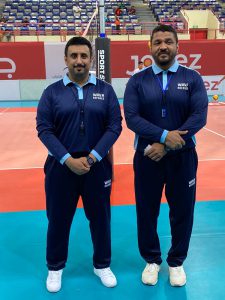 After the preliminaries, the top four teams from each pool advance to the cross quarterfinals, with Group A winners taking on Group B fourth-placers, and Group A second place challenging Group B third-place finishers. 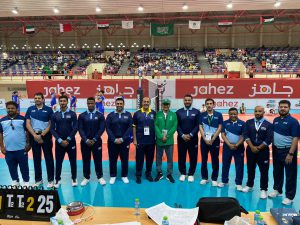 The teams finishing fifth in each group will fight it out for ninth place overall. The semifinals and classification round for top eight-placers will be held on Friday. All participating teams will have one-day rest the following day, while the final classification matches including bronze-medal and gold-medal matches will all take place on July 31.

The topflight 10-day tournament proved to be a stepping stone for teams to their final tuneup ahead of their active participation in the 21st Asian Men’s U20 Volleyball Championship in Riffa, Bahrain between August 22 and 29, which serves as the Asia’s qualification tournament for the 2023 FIVB Volleyball Men’s U21 World Championship.