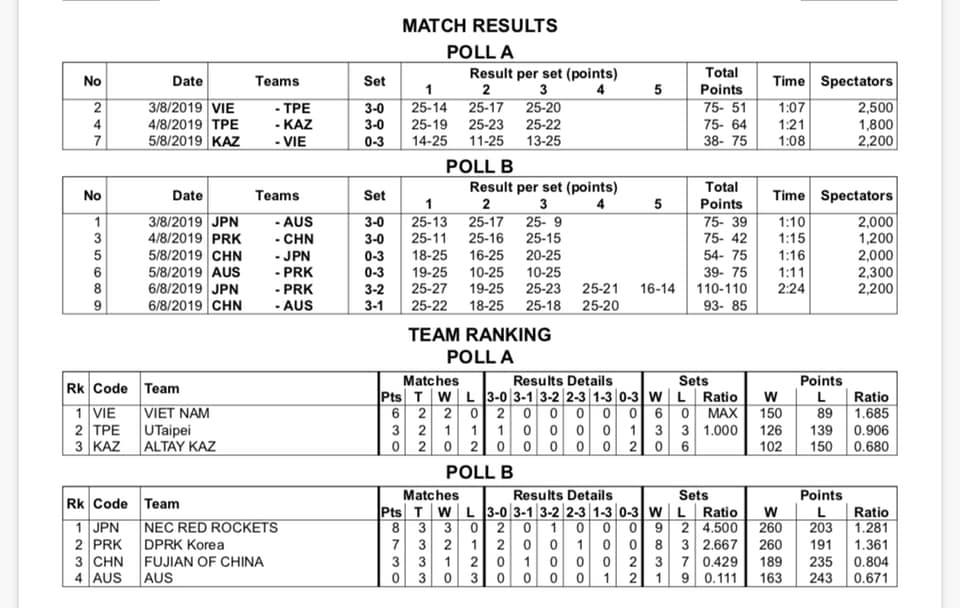 Being held from August 3 to 10, the invitational t tournament attracted seven strong teams to vie for the top honour. They included hosts Vietnam, UTaipei of Chinese Taipei and Altay VC from Kazakhstan in Pool A, with Japan’s NEC Red Rockets, DPR Korea, China’s Fujian and Australia in Pool B.

All participating teams competed in pool round-robin preliminaries in Pool A and Pool B from August 3 to 6, while August 7 was the rest day. Only the Pool winners advanced directly to the semi-finals, while teams finishing second and third places in both Pools will contest the cross quarter-finals on Thursday, August 8. The two winning teams in the two quarter-final matches will join NEC Red Rockets and Vietnam in the Friday’s semi-finals.

Vietnam emerged as the Pool A frontrunners with 6 points from two straight wins, followed by UTaipei and winless Altay VC with 3 points and no point respectively. 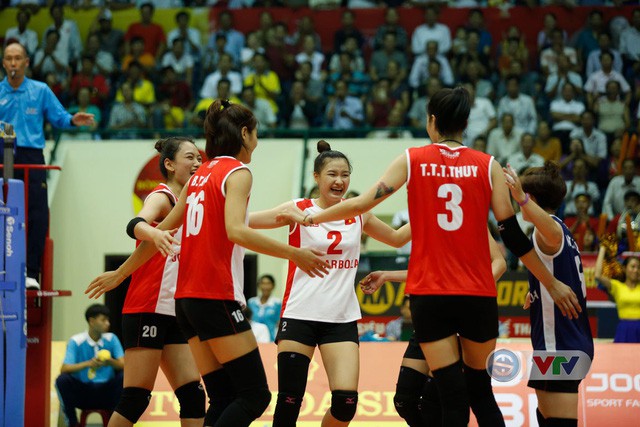 With three wins in a row in the pool plays, NEC Red Rockets topped Pool B with 8 points from three successive wins. DPR Korea came in second place with 7 points from two wins against one loss. Fujian finished third with 3 points from one win against two losses and lack lustrous Australia ended in fourth place after going down all three matches to gain no point.

In the Thursday’s quarter-finals, Chinese Taipei’s UTaipei are due to take on Fujian of China, with DPR Korea being pitted against Altay VC of Kazakhstan. The two winning teams will make the cut for the semi-finals, while the two quarter-final losers will battle it out for the fifth position.

However, due to the tournament’s format, the losers in the fifth-place playoff will have to next take on Pool B fourth place Australia to decide the 6th and 7th places. The two winning teams in the semi-finals will then set up a final showdown on coming Saturday, with the two losers fighting for the third place. 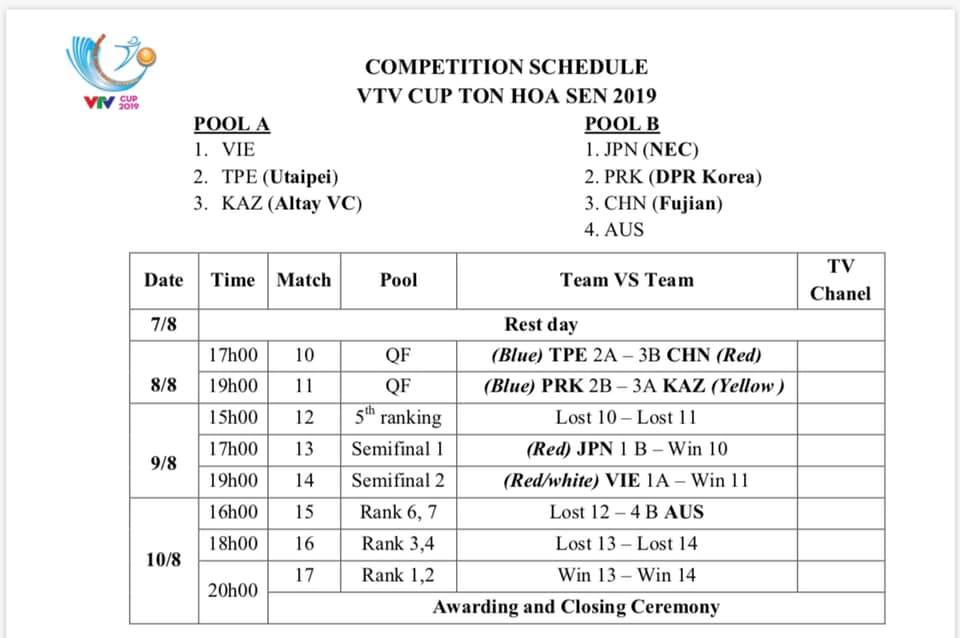 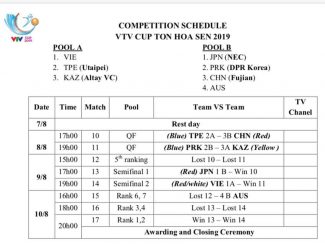 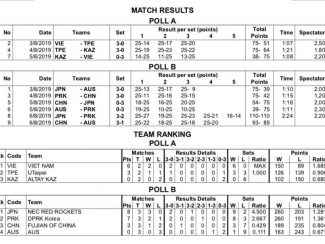 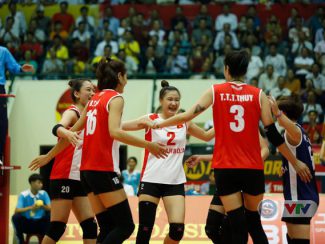 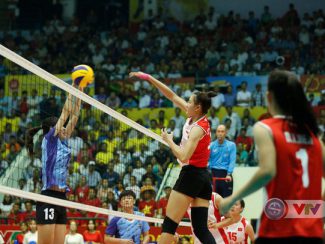