Kathmandu-Pokhara, Nepal, November 29, 2019 – Reigning champions India continued their unbeaten run in the 13th South Asian Games volleyball competition at the Tripureswor Covered Hall in Kathmandu on Friday as their men’s and women’s teams stormed into the semi-finals.

In the women’s competition, India, which powered past Sri Lanka in the final showdown to capture the crown at the previous Games on home soil in Guwahati in 2016, made a clean sweep in Pool A after beating Bangladesh in a completely one-sided encounter 25-8 25-11 25-9 in their last pool round-robin preliminary match on Friday. 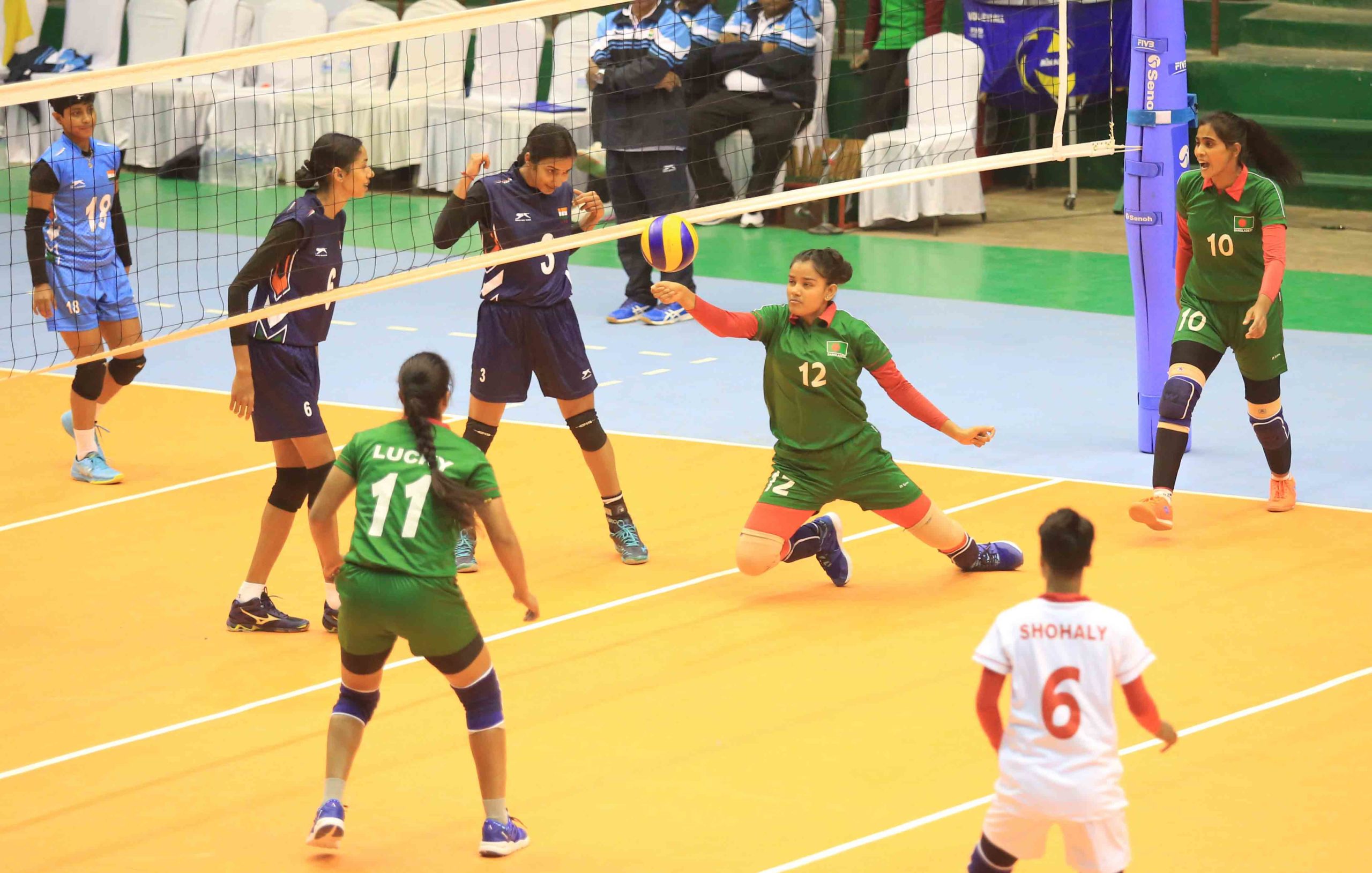 Earlier, India pulled off a stunning 3-0 win against hosts Nepal, which captured the crown with a remarkable unbeaten record at the recent Asian Senior Women’s Central Zone Championship in Bangladesh. 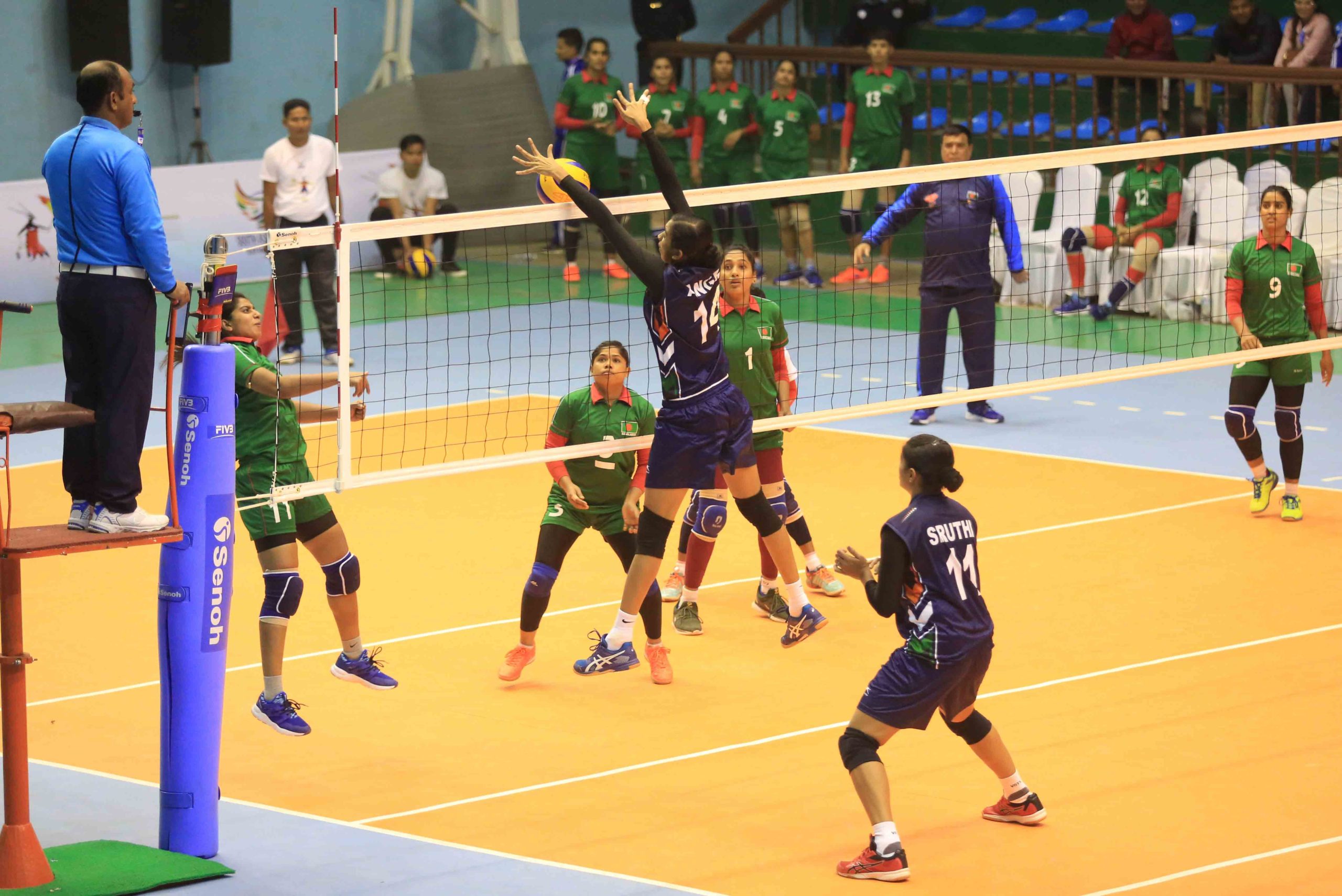 However, both India and Nepal advanced to the semi-finals after finishing top two in Pool A, leaving winless Bangladesh to crash out of the competition. At the end of the pool plays on Friday, India captured the top spot in Pool A with 6 points from two straight wins, while Nepal bagged 3 points from one win against one loss. 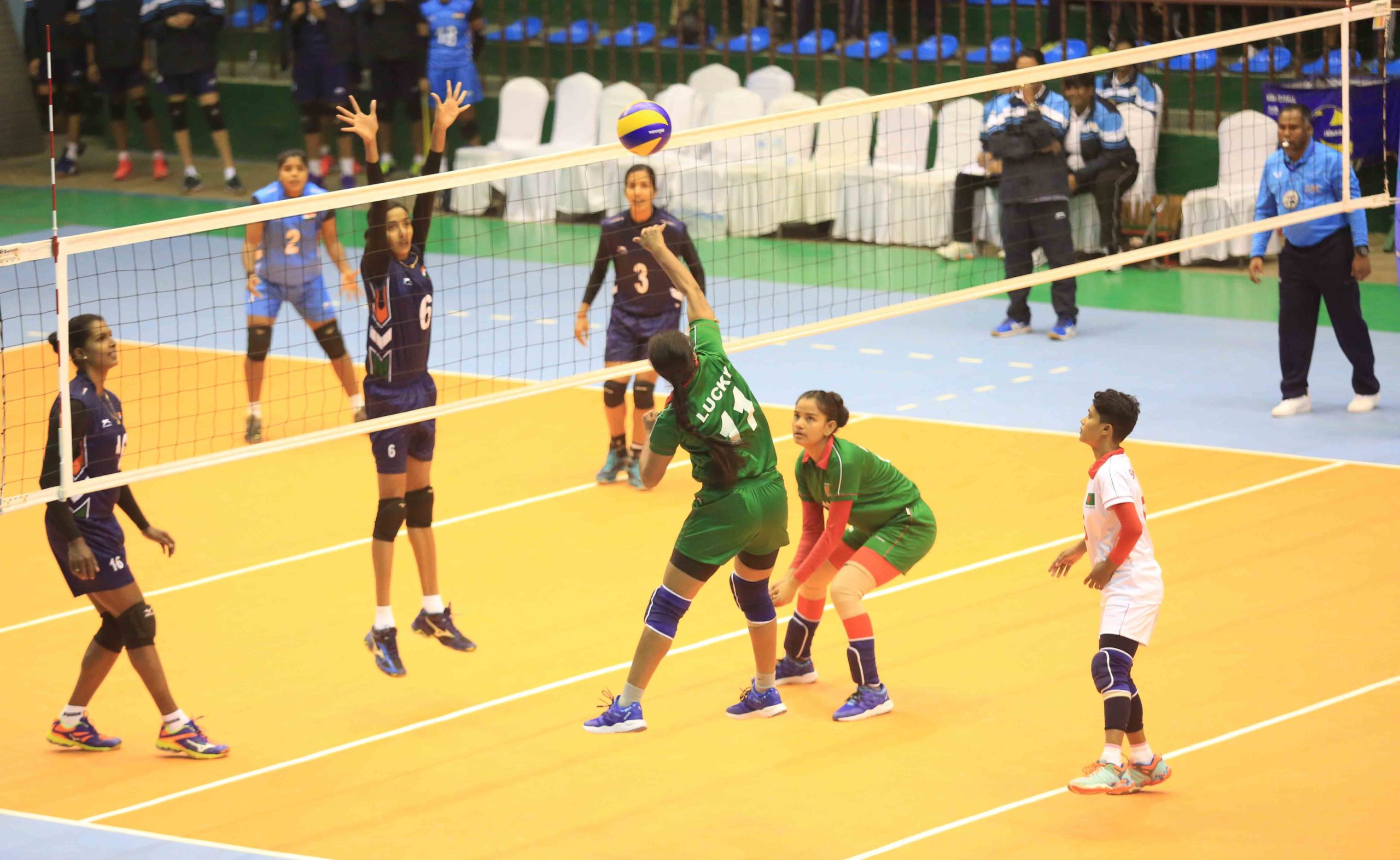 In the Saturday’s semi-finals, India are due to take on Pool B runners-up Maldives and Pool B winners Sri Lanka to challenge hosts Nepal.

Sri Lanka cruised past Maldives in comfortable straight sets 25-15 25-18 25-14 in their last Pool B preliminary match on Friday. The Sri Lankans topped Pool B with 6 points from two wins in a row, followed by Maldives with 3 points from one win against one loss. Pakistan withdrew their team a few days ahead of the start of the volleyball competition. Meanwhile, India and Bangladesh have already secured their berth in the men’s semi-finals. Title-holders India outclassed hosts Nepal in straight sets 25-15 25-13 25-16 in their last pool round-robin preliminary match on Friday. 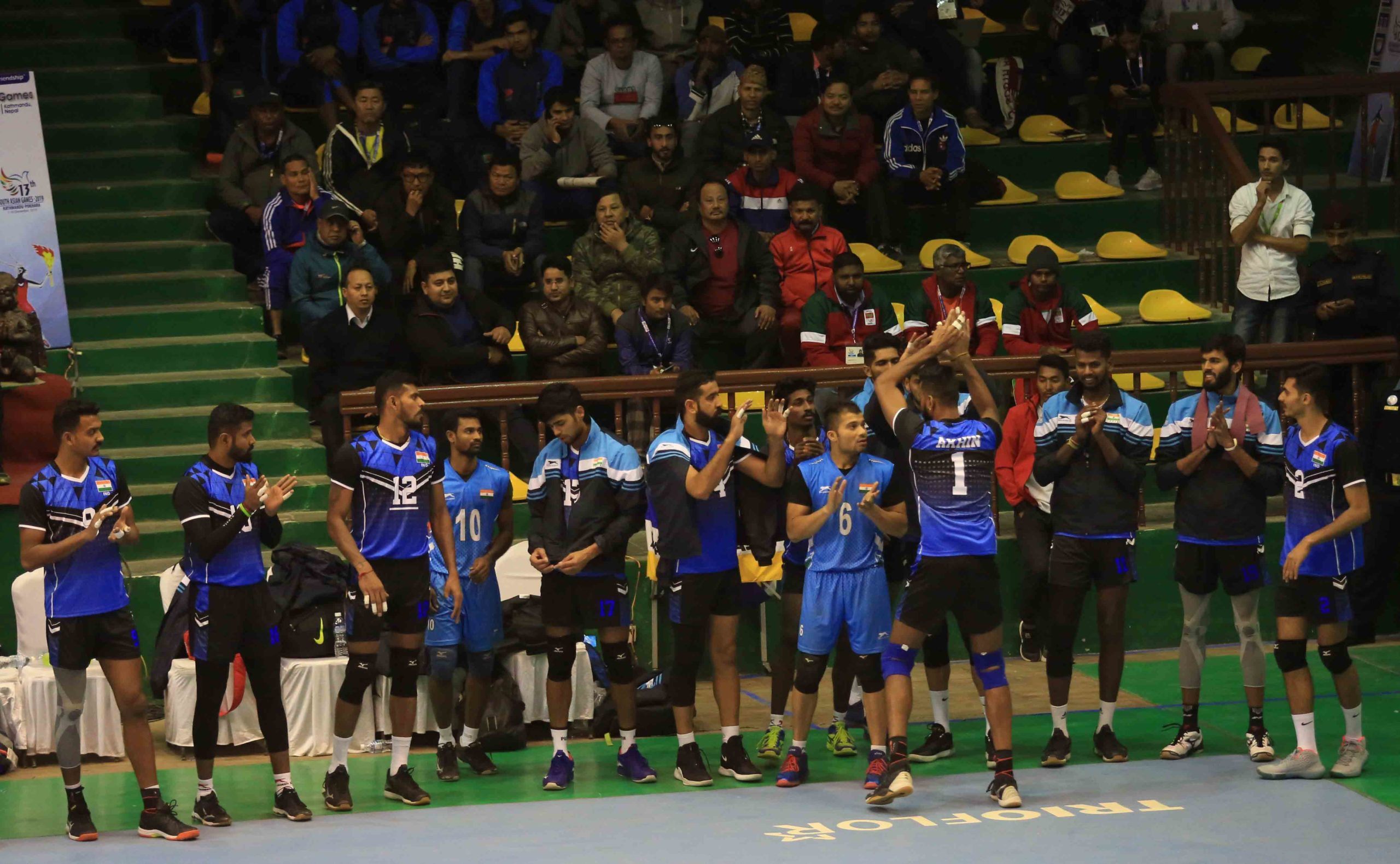 Indomitable India did not lose a single set to their respective rivals to top Pool A with 6 points from two consecutive wins, while Bangladesh came in second in the Pool with 2 points from one win against one loss. Hosts Nepal finished third with 1 points from two straight losses to unfortunately end their South Asian Games campaign. There will be one more match in the men’s event on Saturday, with Sri Lanka and Pakistan contesting their last pool round-robin preliminary match to decide the Pool B winners. 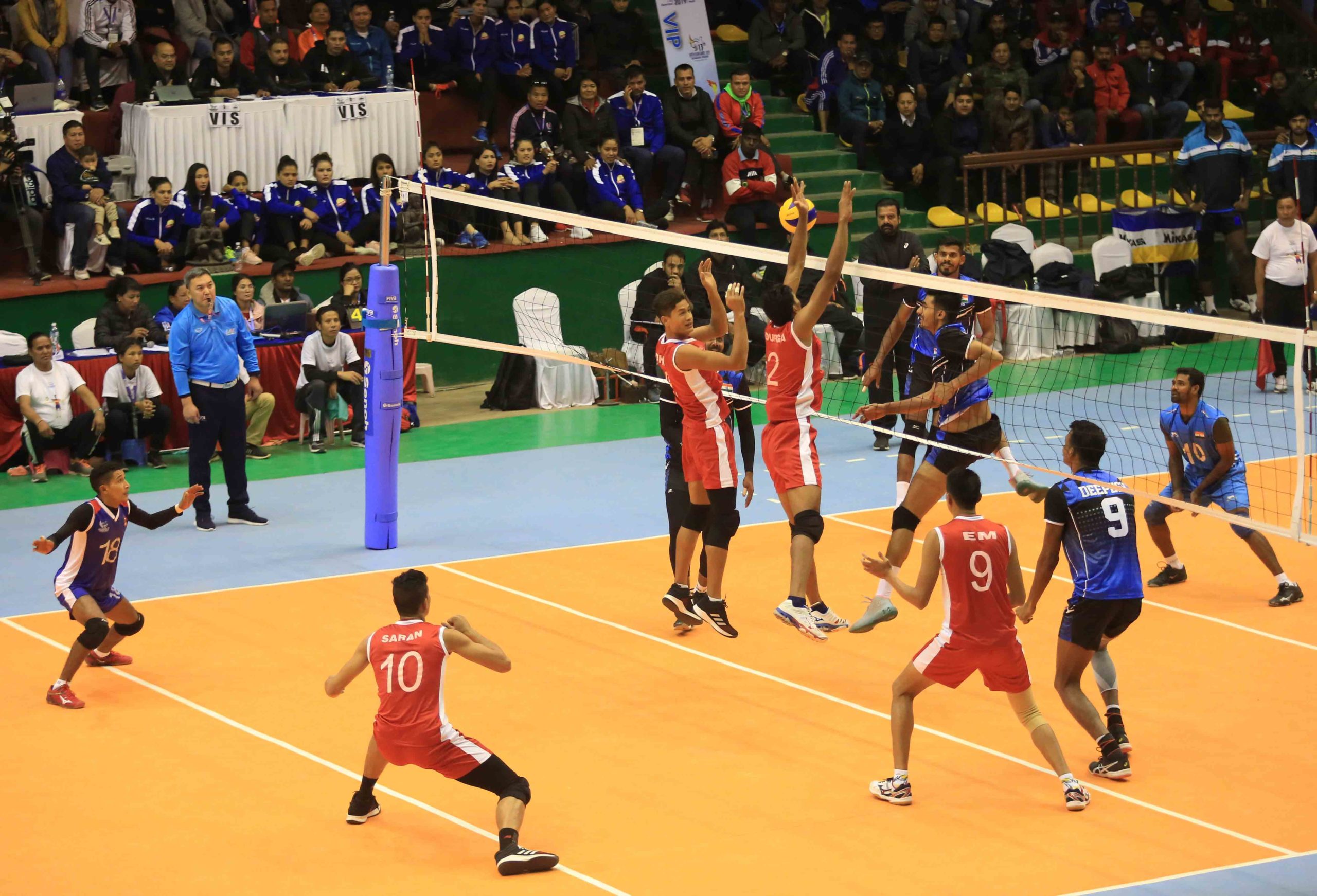 At press time, the result of the match between Maldives and Sri Lanka has yet been officially informed, but at the end of the men’s pool plays in Pool B on Saturday, the top two teams in the Pool will make the cut for the semi-finals.

Volleyball in the 13th South Asian Games in Nepal is being held from November 27 to December 3, 2019, while beach volleyball, which will be organised for the first time in history in this biennial multi-sport event, will take place in Pokhara from December 5 to 8.

At the previous Games in Guwahati in February 2016, hosts India captured the men’s title, with Sri Lanka and Pakistan claiming silver and bronze medals. The women’s crown also went to hosts India, while Sri Lanka and Nepal came in second and third places respectively. 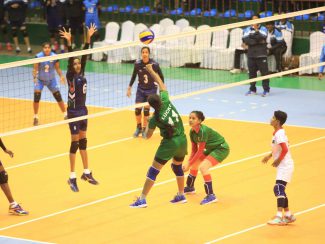 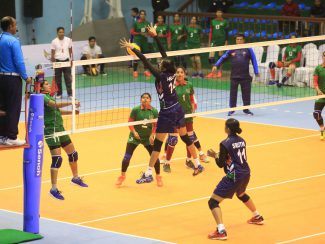 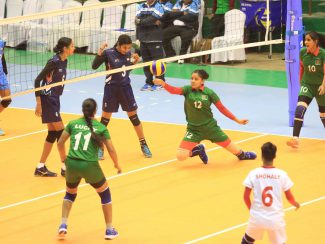 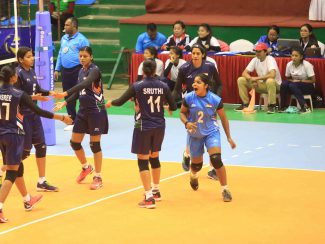 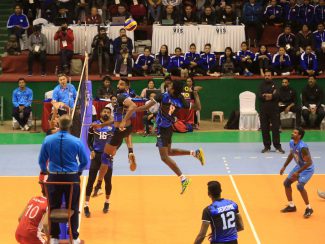 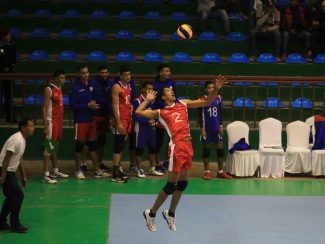 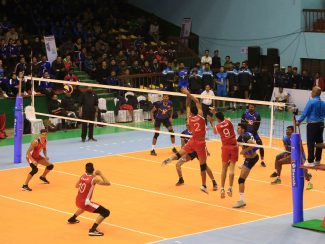 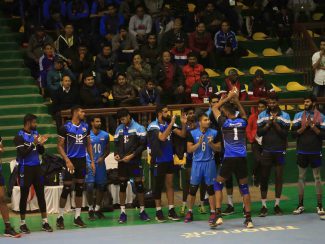