IRAN COACH TO BE CHOSEN BY IRIVF TECHNICAL COMMITTEE

Bangkok, Thailand, August 27, 2020 – Technical Committee of the Islamic Republic of Iran Volleyball Federation (IRIVF) will choose the head coach for the national team, said a news release on its website iranvolleyball.com on Thursday.

IRIVF President Mohammadreza Davarzani said the federation’s Board of Directors has approved that the head coach will be selected by the Technical Committee.

Iran national volleyball team are without a coach since parting company with Montenegrin coach Igor Kolakovic in late March.

“To make our dreams come true, we have to work hard. Iran are going to be among the top four teams at the Olympics,” he added.

“The federation’s Technical Committee will choose the head coach as soon as possible,” Davarzani concluded.

Iran will meet Japan, Poland, Italy, Canada and Venezuela in Pool A at the Olympic Games, while Pool B consists of Brazil, the USA, Russia, Argentina, France, and Tunisia. 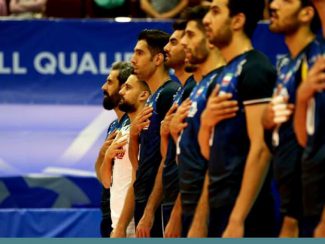