Visakhaapattanam, India, December 18, 2019 – Kazakhstan had mixed fortunes in the AVC Beach Volleyball Continental Cup Phase 1 – Central Zone, with their men’s team going down to formidable Iran and the Kazakh women struggling to beat Sri Lanka in the final showdowns on Wednesday.

Following their wins, Iran and Kazakhstan have respectively earned men’s and women’s berths to contest the 8-team 2020 AVC Beach Volleyball Continental Cup Finals, where only the eventual winners from each gender will qualify for the Tokyo 2020.

In the men’s event, top seeds Iran and second seeds Kazakhstan respectively powered past Sri Lanka and India on Monday, the first day of the three-day, double-gender tournament. Iran and Kazakhstan advanced to the Wednesday’s final clash, with Sri Lanka eliminating India 2-0 in the Tuesday’s third-place playoff match to claim bronze medal. 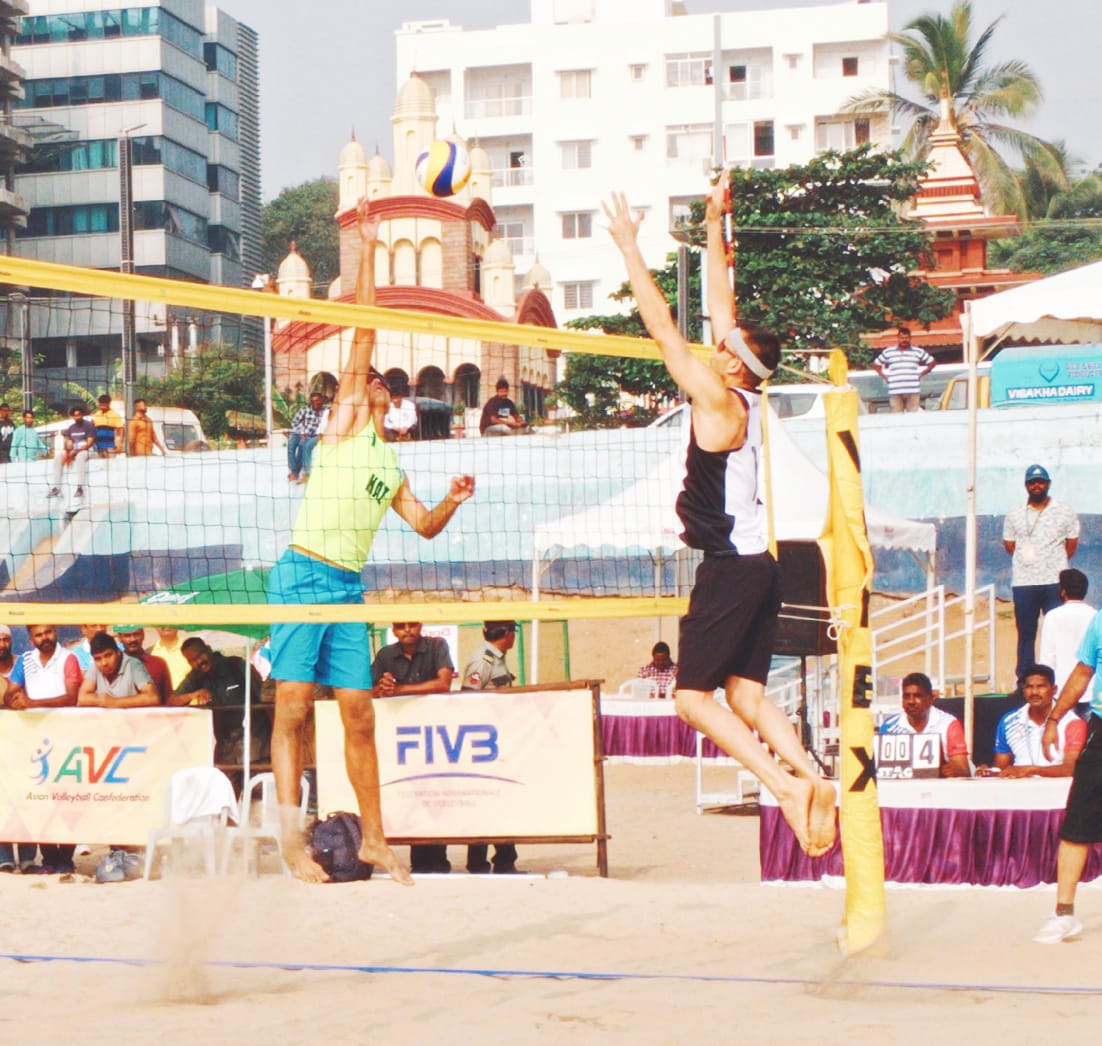 Against Kazakhstan in the showdown, Iran got off to a confident start after a 2-1 win in their first match. A superb duo of Bahman Salemiinjehboroun/Arash Vakili, who captured the World Tour 1-star event at home in Bandar Torkaman in 2018, overcame a stiff challenge from Sergey Bogatu/Dmitry Yakovlev to power past the Kazakh duo in hard-fought three-set thriller 21-15 19-21 18-16 in exhausting 56 minutes to give Iran a 1-0 edge.

Kazakhstan tried to revive their fortune in the second match, but it turned out to be a one-sided affair when Iranians Rahman Raoufi/Abdolhamed Mirzali, winners in the 2018 World Tour 1-star event on home soil in Babolsar and silver medallists at this year’s Pakbara Open World Tour 1-star event in Satun, Thailand, came up with an excellent defensive combination, disguised drop shots and spectacular attacks. The Iranian pairing spent only 32 minutes in disposing of Aleksandr Dyachenko/Alexey Sidorenko, winners at the 2014 Asian Games in Incheon, Korea and bronze medallists at the 2018 Asian Senior Beach Volleyball Championships in Satun, 2-0 (21-12 21-12) to completely end the Kazakh challenge.

Iran captured the top honour and a berth to contest the 2020 AVC Continental Cup Finals, while Kazakhstan finished second. Sri Lanka and India came in third and fourth places respectively. 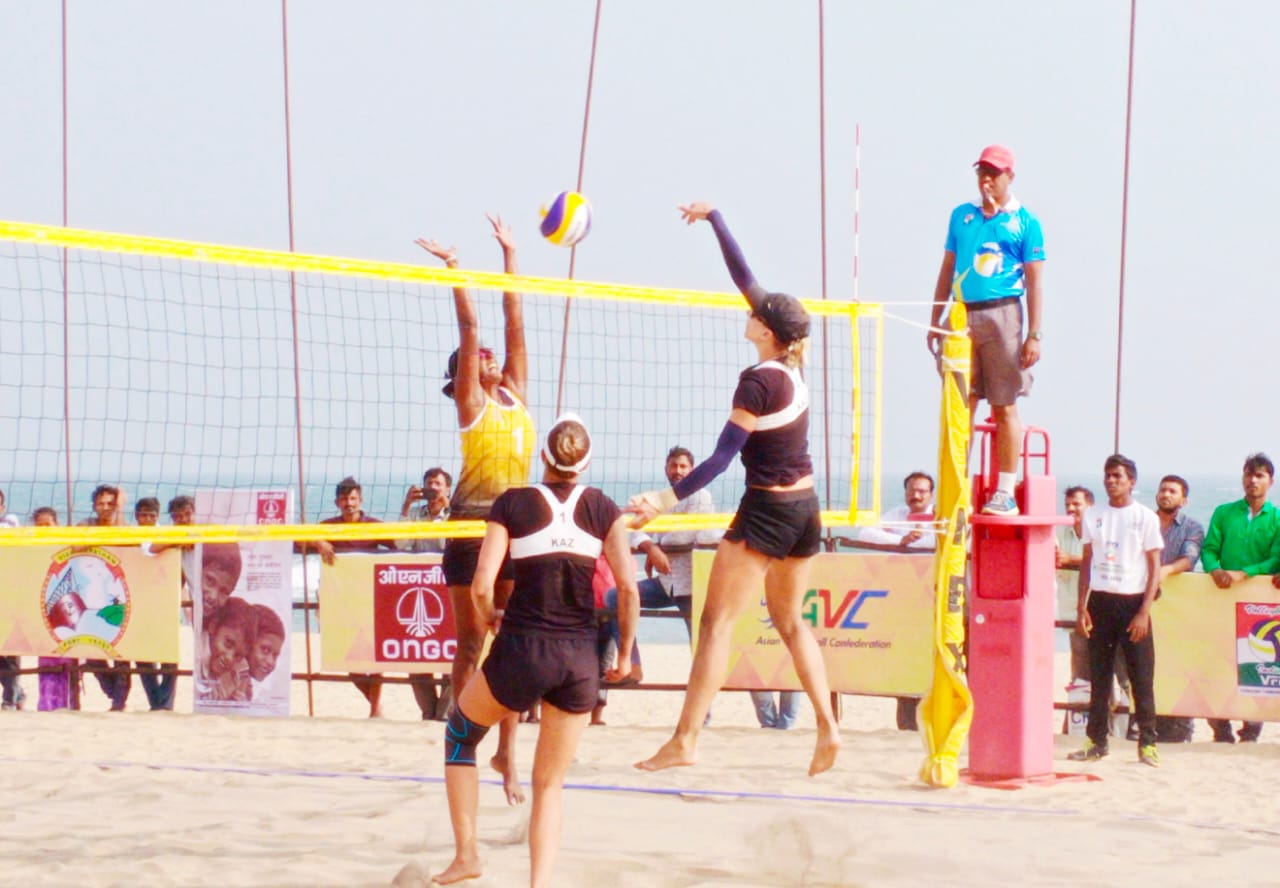 In the women’s final between Kazakhstan and Sri Lanka, Irina Tsimbalova, who had teamed up with Tatyana Mashkova for several years to win the AVC Beach Tour Can Tho Open in 2017 and 2018, switched to partner Samlikova Bakhtygul this time. The Kazakh duo suffered the first-set loss 16-21 to Sri Lankans Kasuni Tharuka Lakshani Alawaththafe/Dinesha Prasadani Jayamaha Hitihamige, but bounced back to take the remaining two sets 21-10 15-9 for the eventual 2-1 win and the Kazakhstan’s 1-0 lead.

Kazakhs Alina Rachenko/Ukolova Anastassiya also made a poor start in the second match with a 14-21 loss in the first set against Kumbure Gedara Chathurika Madhushani Weersingha/Meda Gedera Deepika Bandara. However, the Kazakh tandem upped their tempo and hit back with aggressive attacks and deceptive drops to win back-to-back sets 21-13 and 15-8 for an eventual 2-1 win in this match.

After winning two matches in a row, Kazakhstan captured the women’s crown and a berth for the 2020 AVC Continental Cup Finals, while Sri Lanka picked up silver and India bronze medal. 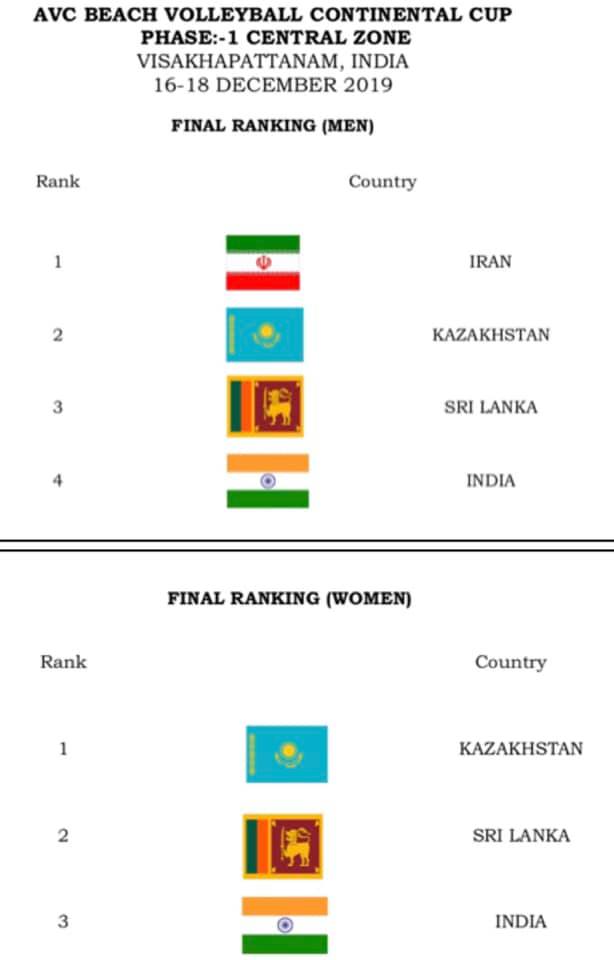 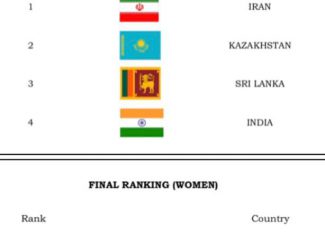 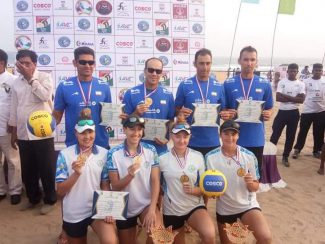 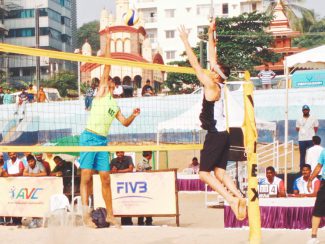 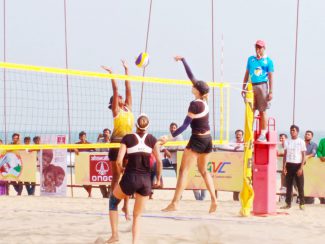 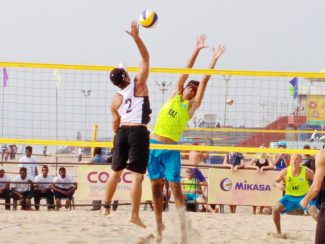 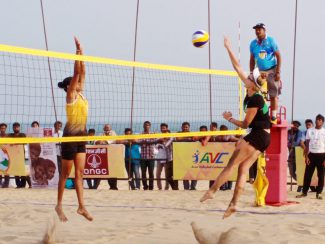