Bangkok, Thailand, August 10, 2020 – The 2020-21 Iran Volleyball Super League will start on September 9, with a total of 14 teams taking part in the new season, Shahram Azimi, Director of Competition and Events of Islamic Republic of Iran Volleyball Federation, was quoted as saying in a press release on iranvolleyball.com.

The draw ceremony was held at the Iran’s National Olympic and Paralympic Academy in Tehran on Monday in an online format.

The matches will be held in two rounds of preliminary and playoffs. In the preliminary round, the competition will be played in a two-legged system. The top eight teams will qualify for the playoffs round.

In the 2017-2018 season, Khatam Ardakan finished runners-up to Sarmayeh Bank in the Iran Super League, but have taken over the baton from fellow-Iranian club Sarmayeh Bank as Asian Club champions after they defeated Kazakhstan’s Atyrau in straight sets in the final showdown of the 2018 Asian Men’s Club Championship in Nay Pyi Taw, Myanmar.

The 2019-20 season of the Iran Super League was cancelled due to the COVID-19 pandemic.

FIVB PRESIDENT: “WE NEED TO PROFESSIONALISE THE ADMINISTRATION OF OUR SPORT AT ALL LEVELS” 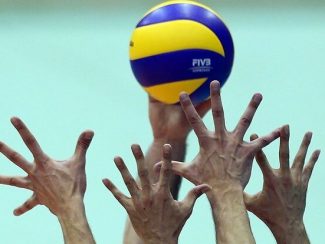