Director of Competition and Events of Iran Volleyball Federation Shahram Azimi had previously announced that a total of 12 teams would take part in the new season, but the competition will be held with 14 teams according to the new decision.

The Islamic Republic of Iran Volleyball Federation (IRIVF) Secretary General Milad Taghavi said that two more teams have expressed their interest to participate in the league.

“We are going to begin the league competition on September 5 with stringent health protocols due to the coronavirus outbreak. A total of 12 teams have declared their readiness so far and two more teams will be added to the league,” Taghavi said.

Iran national volleyball team are without a head coach since parting company with Montenegrin Igor Kolakovic in March. Taghavi said the federation will wait to find the best possible option.

“Given the fact that all Asian competitions in the current year have been postponed due to the massive global Covid19 outbreak, we have enough time to find the best option for the National Team and don’t want to rush the decision,” he added.

Paykan Tehran has won the most titles in the new Super League with 12 titles. 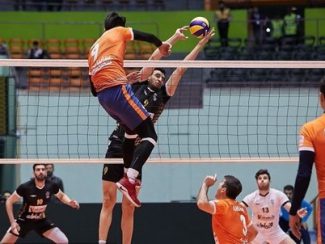