Bangkok, Thailand, July 25, 2020 – The best underlying storyline in Iran’s campaign in the past year is the transition of young players in the senior national team, among them is 19-year-old Amir Hossein Toukhteh, whose time has come after his successes in age-group competitions. 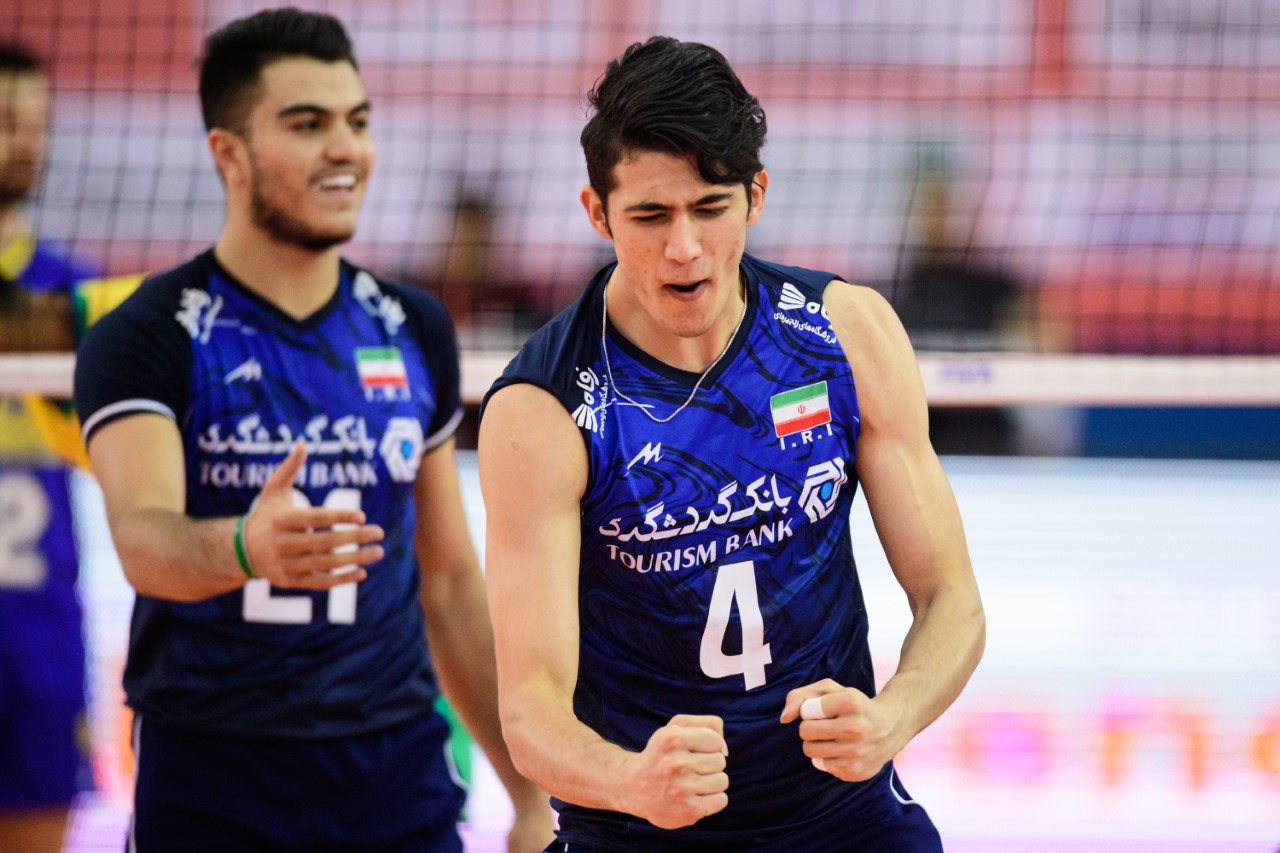 The middle blocker’s coaches in the youth and junior teams deserved a chunk of credit for their fine work as Toukhteh was molded for success.

“I believe a player can be like raw clay and the coach like a potter which can mold the clay into a beautiful piece of art,” the 19-year-old said. “I listened to my coaches and trained following all their instructions, so I could earn my first age-group World Championship title.” 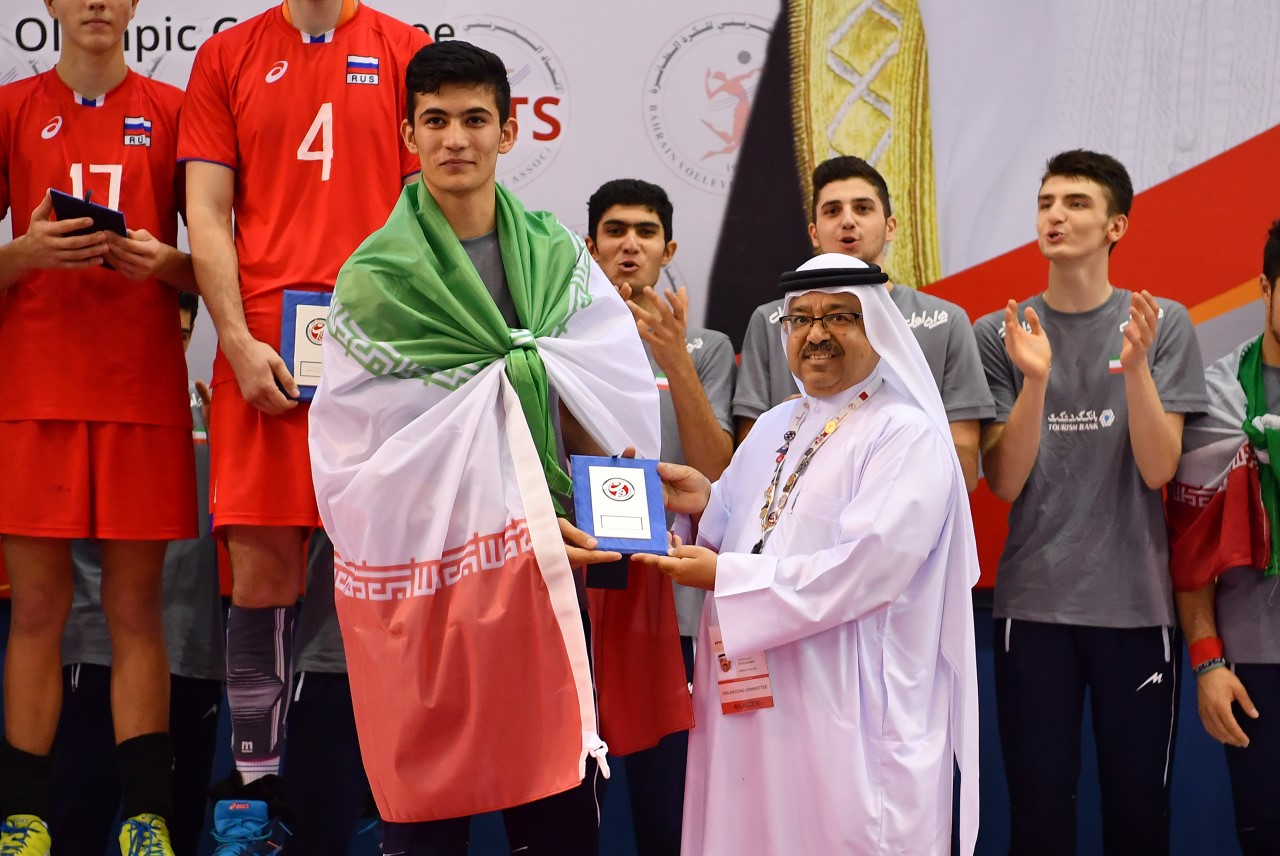 Toukhteh was just turning 16 when he made his debut in Naypyidaw, Myanmar at the 2017 Asian Boys’ U19 Volleyball Championship, where Iran’s fourth place finish secured a spot at the U19 World Championship in Bahrain that same year. The result was far better than expected as the Iranian team captured the world title for the second time since 2007 along with a special reward for the young middle blocker. 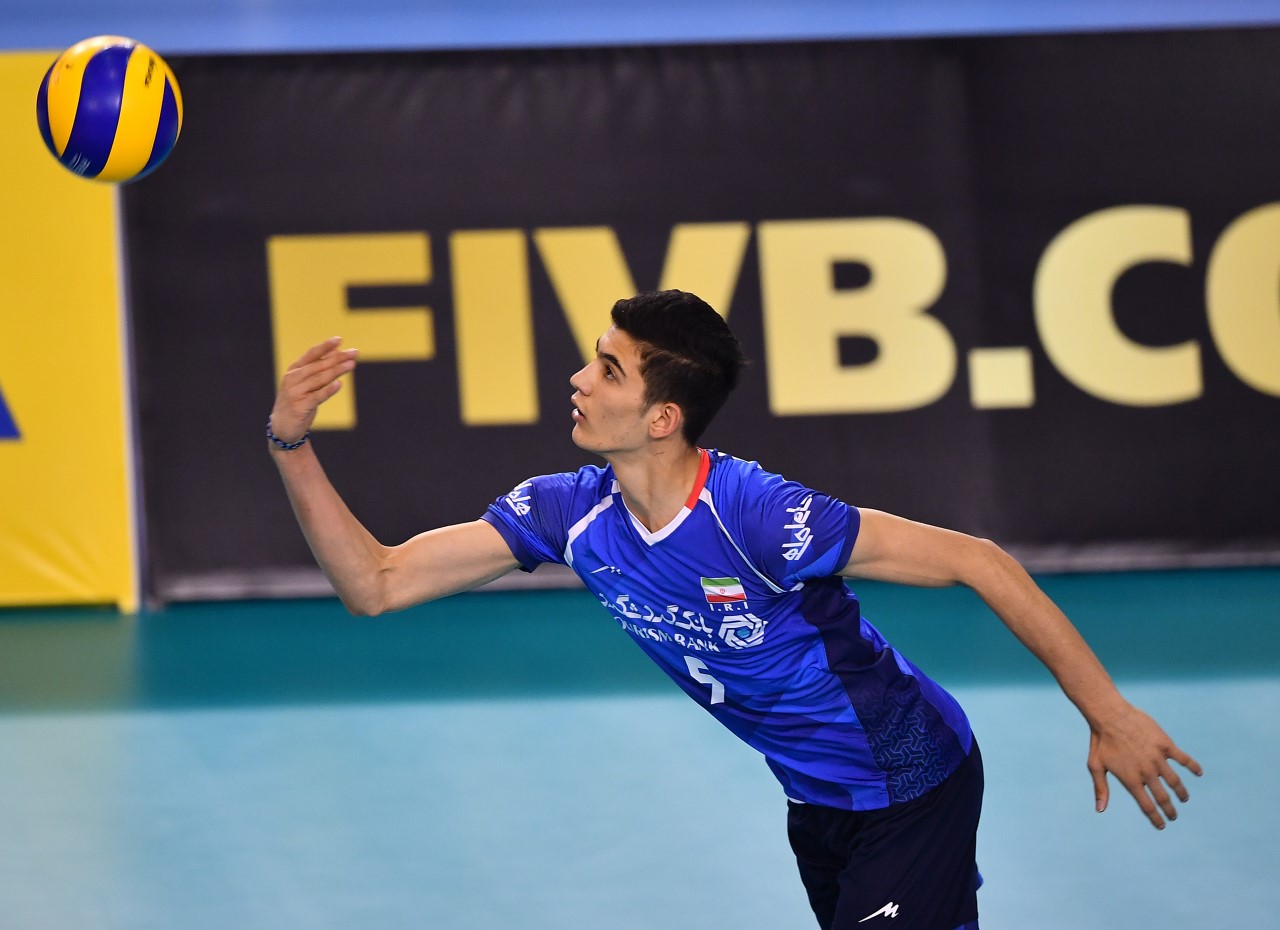 “The first tournament was the Asian Boys’ U19 Volleyball Championship in Myanmar, where we finished fourth. That paved the way for me to work harder and win the U19 World Championship title in Bahrain. I was also selected as the Best Middle Blocker there.”

Igor Kolakovic, then coach of the senior men’s national team, took notice of the young middle blocker’s talent. The Montenegrin mentor gave the 17-year-old boy from Urmia a spot in the senior team at the 2018 FIVB Volleyball Nations League.

“The most memorable tournament with the senior men’s team was when I played the VNL in Russia. We played against Brazil and I played my best game as a 17-year-old despite that loss against a powerhouse team.” 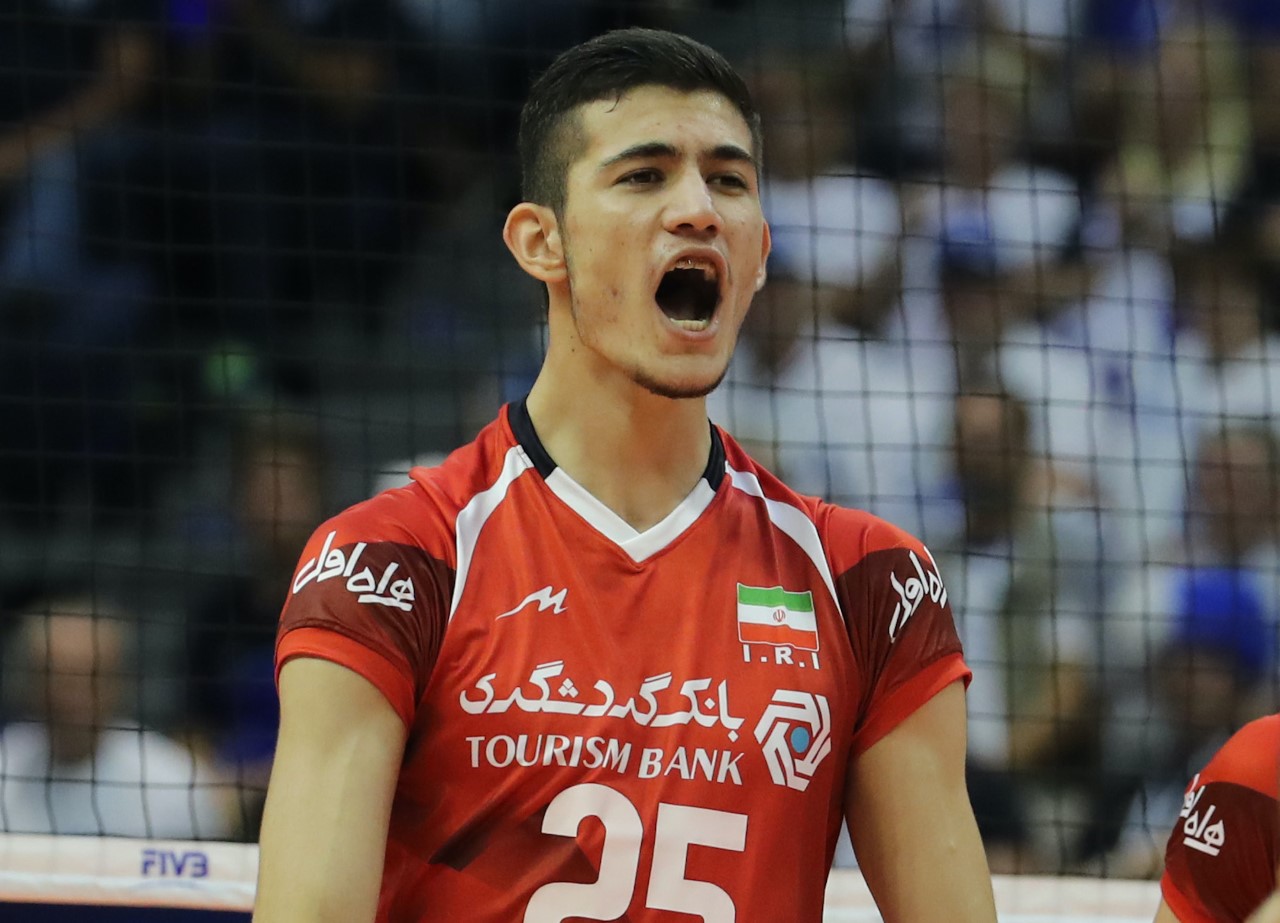 The young lad also saw action at the World Championship where he delivered a stellar performance, taking the place of injured middle blocker Mohammad Mousavi.

Last year, he returned to Bahrain for the U21 World Championship and his growing confidence helped his team overcome a rough start to still come out on top for their first world title in that age category. So what else is in store for the youngster?

“It is the desire of every athlete to climb all the peaks of success. After winning two (age-group) world championship titles, I would love to be in the Olympic Games.”

Toukhteh counts his teacher as his biggest influence, his mother as the one who he owed his success to, his coaches and teammates as his guides for improvement, and himself as his own idol.

“I really loved volleyball and chose to play because I was really interested in it. One of my teachers, Mr Adli, encouraged me to play volleyball when I was in primary school.

“When asked about what sets me apart from the other players, I would say who made me special instead of what made me special. I owe all my success to my mother. I appreciate the coaches who worked hard to teach me to this day, as well as the players who I look up to. I realized that I have become more distinctive because I have all of them in my life.

“I would dare say I am my own idol because I know Amir Hossein Toukhteh the most.” 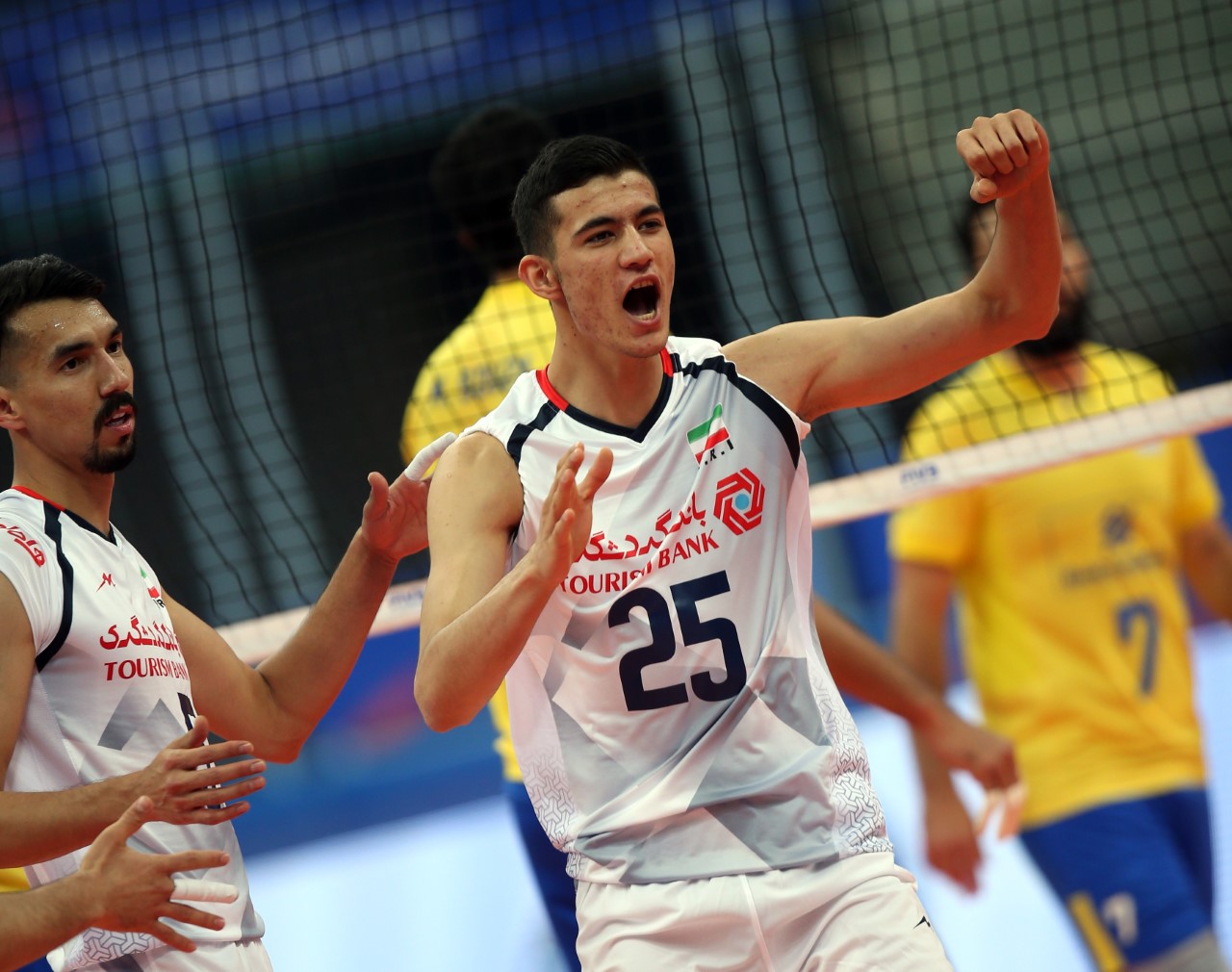 He is young but he has wisdom beyond his years. He is confident and strong like an adult, but never deprived of his enjoyment of his youth.

“One of the biggest challenges of an athlete is to stay away from their family and not being able to find the opportunity to study well. There were many things that motivated me along the way, but it was my family who pushed me to be self-confident and have belief in my abilities.

“I am serious and very much disciplined as an athlete and as a person. I always do sports, but the sports I like aside from volleyball are billiards, swimming and table tennis.” 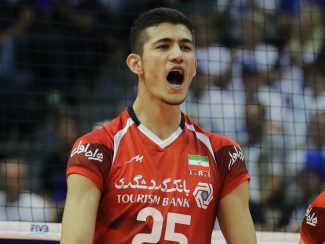 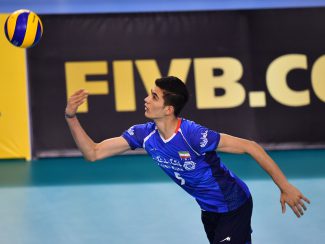 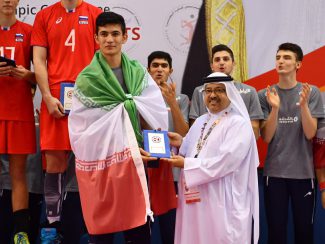 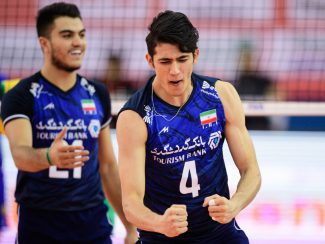 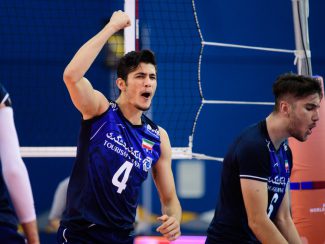 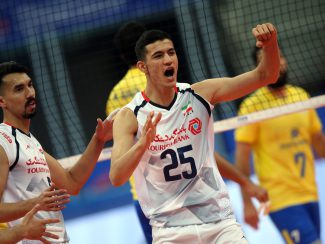