Tehran, Iran, November 30, 2022 – Dr Mohammad Reza Davarzani, President of Islamic Republic of Iran Volleyball Federation, paid a visit to Croatian Ambassador to Iran at the site of Embassy of the Republic of Croatia here on Wednesday. 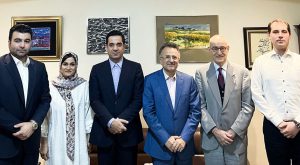 The IRIVF President emphasized further volleyball collaboration between the two countries by sharing experiences and signing Memorandum of Understanding (MOU). 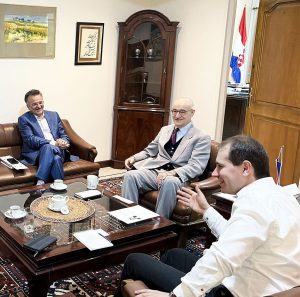 During this meeting, Croatian Ambassador Dr Drago Štambuk admired Iran’s volleyball growth in recent years and was willing to deepen relations as well as extend further collaboration in developing and promoting volleyball. 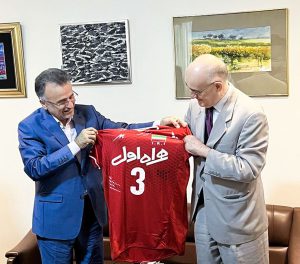 As the author of 25 books about Croatia and other countries’ literatures including Iran, Dr Štambuk discussed the Iran’s rich culture and found out that Iran’s literature and culture take a leading position.

The IRIVF President also welcomed further collaborations. As a result, it was decided later that Iran and Croatia Volleyball Federations will officially increase volleyball-related collaboration in the near future following the signed cooperative protocols. 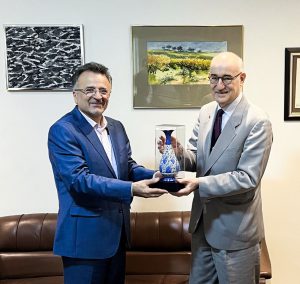 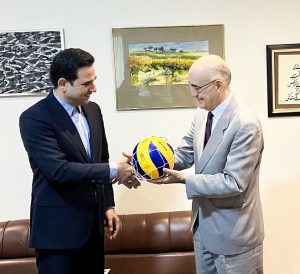 The Croatian Ambassador was also invited to the headquarters of Iran Volleyball Federation for a thorough visit to facilities and infrastructure provided for the Iranian national teams. 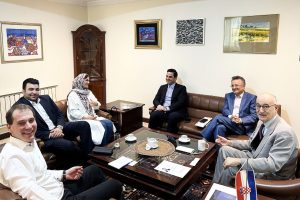